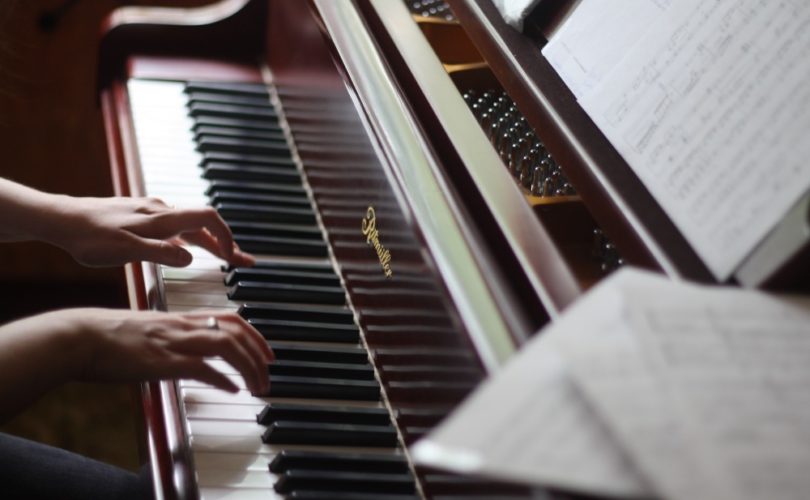 April 27, 2021 (LifeSiteNews) – A young man wrote a letter to me explaining that his attraction to traditional Catholicism had also begun to have an effect on the music he was listening to. He began to feel that he should avoid certain kinds of music and gravitate toward other kinds—he was getting into the three most popular Baroque composers, Vivaldi, Handel, and Bach—and asked me if I could help him understand why he was going through this unexpected “conversion” and if I had any advice. (The name has been changed.)

I have to say it’s music to my ears to hear of your conversion to the beautiful in general and the Baroque in particular. I taught music for many years to college students, and I would say at least 50% of the students really perked up when they learned about the agreement of philosophers and Church Fathers that music both reflects and influences our moral state to a considerable extent, and many of those students would make a serious decision to listen to better music—always with excellent results, and with gratitude months or years later, of which I have many testimonies in the form of letters and cards. I have never met anyone who did not fall in love with the great composers after giving them a fair chance. Their music is superior in its depth of feeling, its subtlety of expression, its lyricism, harmonic complexity, and overall compatibility with the intellectual and spiritual life proper to man.

Yet it remains difficult for people to appreciate the objectivity of the beautiful—that x is more beautiful in itself than non-x—and this, for two main reasons.

First, the beautiful is perceived by a subject, an individual man, who must have an apt disposition for it. A person with a devout, well-ordered soul, open to God and intent on wisdom, will be drawn towards certain manifestations of order and beauty in any sensible domain, and repelled by their contraries. And as with moral habituation in general, one can strive to live a more beautiful life—a life of virtue, prayer, and study—so as to correspond more fully with beautiful liturgy and fine art. Put simply, the beautiful object is recognized and rejoiced in by a soul that is either morally beautiful or actively working to become so.

Second, beauty, like its sister, truth, requires a long and patient acquaintance, a real willingness to learn. The art of music is extremely deep and subtle, but kids plugged all day long into the Top Ten on the pop chart will never be aware of that. Only a foolish ignoramus (or worse, an ideologue) would say that a rap song is equivalent to a fugue by J.S. Bach or a symphony by Beethoven or a movement from The Planets by Gustav Holst. That is like comparing a comic strip to a novel by Jane Austen or Fyodor Dostoevsky, or a McDonalds to a Parisian bistro. Since modern Western people are dreadfully uneducated about almost everything, we cannot be surprised that their judgments about truth as well as beauty are not only skewed, but ridiculous. They don’t even know what they’re talking about.

I’m reminded of the quite similar phenomenon of Catholics who, having never attended anything other than the Novus Ordo, still have opinions about the Latin Mass. Or those who’ve perhaps attended a few traditional Masses, but have not (or not yet) paid close attention to the prayers, the ceremonies, the entire spirit of the thing. Indeed, it took me a couple of decades to realize the vast abyss that separates the old from the new worship in every way and at every level, but I wanted to take worship seriously and I stuck with it, believing that it would pay off—which it has done, superabundantly. Once you see it, you can’t not see it. Similarly, once you hear Gregorian chant often enough to feel, to grasp, how perfectly it expresses the letter and the spirit of the liturgy, you couldn’t possibly go back to guitars and pianos. Or rather, those things would grate on one’s consciousness like nails on a chalkboard.

There is a consensus among the great Western intellectuals—Socrates, Plato, Aristotle, Augustine, Boethius, St. John Chrysostom, Friedrich Nietzsche, Arthur Schopenhauer, Josef Pieper, and Roger Scruton, just to name a few—that music is a character-forming force of immense power and intimate influence, arguably the greatest force on the natural level. Given the changes in musical style over the past 1,000 years, it would be hard to find much consensus as one gets closer and closer to the details. I mean that the question of what is better, classical music or rock music, is a much easier question to answer than which is better, the Baroque or the Romantic period, or who is the greater composer, Bach or Handel? So one will find plenty of ammunition for arguing on behalf of more general principles, but it gets harder to argue for the superiority of this or that period in music history, and harder still to argue for the superiority of this composer over that one. Yet most people are not hung up on the question of Mozart vs. Beethoven, but on classical vs. jazz vs. pop, or, in the Church realm, chant and polyphony vs. praise and worship or vernacular hymns.

Sacred music exhibits the essential characteristics of the art of music with a particular luminosity and thereby helps us to understand music’s role in life more profoundly. I have come to think that all the music we listen to should be compatible or harmonious with sacred music. This doesn’t mean that we should listen to sacred music all the time (that would be weird: it is appropriate sometimes to dance!), but rather, that our secular life should not be a sealed-off compartment that has nothing to do with our spiritual and liturgical life, or worse, that would compete with it or dilute it or undermine it. There should be a smooth transition from outside the church to inside the church; from inside the church to the Blessed Sacrament; from the Blessed Sacrament to contemplation and the beatific vision. The Catholic view is that our whole lives are to be offered up as a pleasing sacrifice to God, in union with Christ, and on pilgrimage to heaven (see Rom 12:1; Phil 4:8; Col 3:3). In my view, authentic folk music is still compatible in this way; almost everything on the radio stations today isn’t.

Folk music—real folk music, such as people have sung for centuries everywhere in the West—is almost never a problem, ethically or spiritually. This is true for several reasons. First, the music is melody-driven. The rhythm is of course present, but the melody is king. Only barbaric music emphasizes the rhythm as the main thing or as equal to the other elements. Second, it is mostly meant for group singing, not for soloistic showing off. The instrumental accompaniment might have a single drum modestly keeping time, but it will usually consist of fiddles, plucked or hammered strings, harps, flutes, and other traditional instruments powered by hand or breath. Third, the rhythm itself is natural, that is, it emphasizes the strong odd beats—in common or 4/4 time, beats 1 and 3—not the weak even beats (“back-beat” or syncopation). Often folk music is written in triple time, which rarely deviates from an emphasis on the primary beat. Unfortunately, today a lot of folk material is taken up and “rockified” with a beat and amped-up instruments because that’s the sugar-candy the modern taste wants. This perverts its nature.

If you are interested in pursuing further reading, allow me to make some recommendations.

One of the best philosopher of art is Roger Scruton.  He explains why much of what people say about the fine arts is poppycock, and why there are—must be—objective degrees of beauty. This means too that there are great artists, good artists, and bad artists, and that we can identify the traits they have and the qualities in their work. Scruton was a social conservative and a non-believer sympathetic to Christianity, so he has his limits. See his works Beauty: A Very Short Introduction, The Aesthetics of Music, and Music as an Art.

For a Catholic take on the arts and the beautiful, I would recommend Dietrich von Hildebrand. While Thomists have their disagreements with him, his insights into aesthetics are extremely valuable, and unlike most Thomists of the twentieth century, he saw what was at stake in the liturgical reforms and resisted them. See his Aesthetics, Volume I and Volume II.

For music in particular, I recommend Josef Pieper’s Only the Lover Sings: Art and Contemplation. It contains the single best piece on what music is that I have yet found, and therefore always assigned to my students. Also worthy of note are Elisabeth-Paule Labat’s The Song That I Am: On the Mystery of Music, Michael Kurek’s The Sound of Beauty: A Classical Composer on Music in the Spiritual Life, and Basil Cole’s Music and Morals: A Theological Appraisal of the Moral and Psychological Effects of Music. I find this last book a little weak in some respects, but the author is trying to take the tradition seriously, and it’s one of few books that do so. I have been engaged to write a book on the subject and hope to have it done by Christmas 2021.