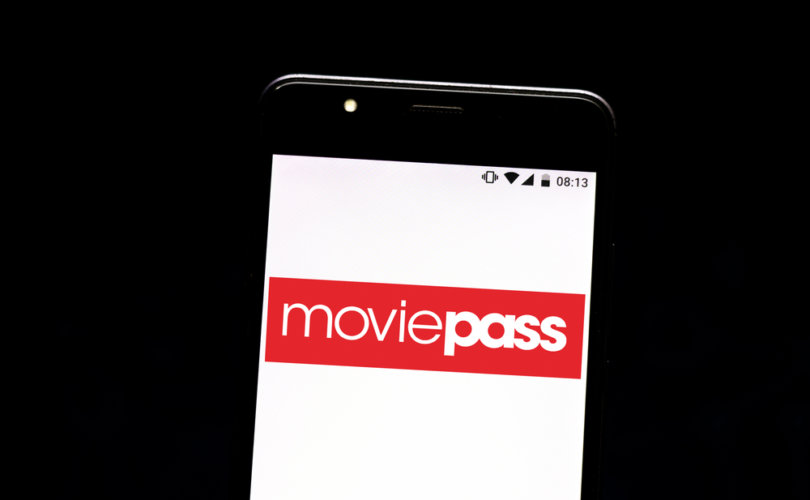 EDINBURGH, Scotland (LifeSiteNews) — How far would you go to save money on film tickets?

Scotland is a byword around the world for penny-pinching — in Scotland itself we point the finger at those frugal folk of Aberdeen — but I think even a real-life, modern-day Uncle Ebenezer Balfour (think Kidnapped) would draw the line at allowing his phone to spy on him.

This is a deal being offered by the rehabilitated MoviePass. To sum up its history, MoviePass, co-founded by a man named Stacy Spikes, began as a flat fee cinema subscription service. Originally, a member would pay $30 a month to get tickets to see a movie in theater up to once a day. However, after Spikes had been pushed out of his own company, the new regime lowered the price to $9.95 a month. Unsurprisingly, the company folded. Spikes then bought the name back and has just relaunched the company as a movie coupon app, to be run on block-chain technology. The idea is that you can earn or buy credits over the app, and then redeem them at participating cinemas.

It’s the earning the credits part that makes MoviePass sound creepy. Spikes has developed a feature called “PreShow.” PreShow would essentially be a package of ads that a MoviePass user could watch to earn credits, perhaps enough credits to redeem at a cinema for the entire price of a film. To make sure the user really does watch the ads, though, PreShow will rely on the user’s eye movements being tracked by the camera on his smartphone. If the user looks away, the PreShow will stop. In short, to get your movie coupon credits, you’d have to agree to allow PreShow to watch you watching it.

I can see why advertisers would love this technology: after all, advertisers are already using our online clicks and social media profiles to target their products to the people most likely to buy them. As a middle-aged woman in Britain, I get a humiliating number of ads for plus-sized tights and diet programs. If an advertiser could track my eyeballs as well as my online choices, he might be able to determine from the dilation of my pupils how much more excited I get about, say, this status handbag than about that status handbag. For all I know, my phone might eventually start signaling my presence to other advertising machines, and all along Edinburgh’s Princes Street, bus shelter advertising might suddenly offer me giant photos of delightfully smooth and creamy tan calf leather … Where was I?

The fact that I have picked a handbag as my hypothetical product temptation is probably down to all the handbag advertising I have seen over my long life, as well as its almost universal adoption by adult women over the past 205 years or so. At a matter of fact, I can very well manage with securely deep pockets and a cotton bag I got for free because I live on the east coast of Scotland and that’s how we roll.

However, I cannot congratulate myself too much for having escaped advertisers’ wiles, for I do in fact own a smartphone, and it spies on me for the government. That is to say, when I went to the library today, there was a lady by the door who directed me to sign in by pointing my phone at a QR code. This is apparently in aid of Scotland’s COVID “safety” regulations, but I imagine it is also a very good way to track how many people use the library and where, perhaps, we go afterwards. And the library, of course, has a computer record of the books I have taken out — although not, as yet, if I have actually read them.

There’s a new proverb in the internet age which is along the lines of, “If you’re getting something for free, you are the product.” For the current convenience offered by social media (and the difficulties of getting past the bouncers at the library), I’m willing to put up with a certain amount of advertisers’ spying. However, giving up the freedom not to look at advertising just for the sake of cheaper movie tickets strikes me as a whole new level of privacy violation. What will come next — the actual film in the cinema pausing because someone’s not looking at the screen?