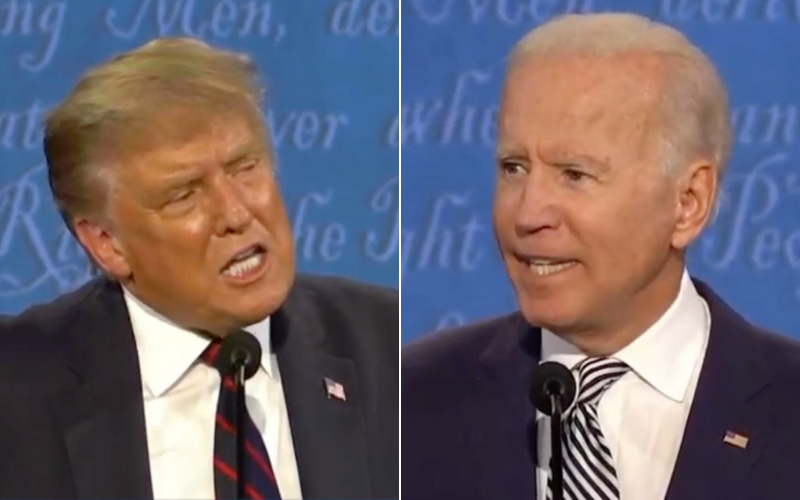 October 2, 2020 (LifeSiteNews) – The conventional wisdom among not a few elite Republicans has always been that Trump's personality, his Tweets, his overall bad manners are his greatest weakness.  If only he could control his Twitter outbursts. If only he weren't so rude during his press conferences.

As for his debate performance, if you were expecting Trump to be presidential, forget about it.

Most in the mainstream media love to demean President Trump’s raucous debating style as unsophisticated, as someone who constantly interrupts. Many, however, still remember Joe Biden’s 2012 Vice-Presidential debate against the polite and articulate Paul Ryan, where Joe Biden mocked and interrupted the Republican candidate throughout the debate. See this video compilation of “interrupting Joe” during the 2012 VP debate where he interrupted Ryan 85 times during the 90-minute debate.  And yet, in that occasion, the NY Times echoed the general tone of the main stream media which referred to Biden’s debate antics as “a spirited airing of sharp contrasts.”

Fast forward to 2020.  Clearly, Trump is no Paul Ryan.  The people elected him in 2016 in large part because he was willing to punch back against leftist politicians like Joe Biden and his allies in the media.  The only question is why are mainstream Republicans attacking the president for not allowing himself to be mocked, interrupted, and cornered by Joe Biden like Paul Ryan was in 2012?  Instead of attacking Joe Biden for starting the interruptions, using foul language, and uttering repeated personal insults at the sitting president of the United States.

Amazingly, National Review's Kyle Smith described the President's performance by remarking that “everything he said sounded like heckling.” On the pages of the Wall Street Journal opinion section, Karl Rove sounded off, noting that the president came across as “rude”. The premier Never Trump spokesperson and right-wing champion of Drag Queen Story Hours, David French, Tweeted that the debate was “the apex of Trumpism and Trumpism is bullyism.”

I am personally not a fan of the Jerry Springer show.  I don't like to watch people attack each other and I don't enjoy insults.  It is not surprising that I didn't enjoy the first presidential debate.  But who was at fault for the tone and manner of the debate?  Most, including some elitist Republicans, would say it was the President's fault.  But when I thought about it, I remembered that it was Biden who first interrupted the president. It was Biden who told the commander in chief to “shut up” and called him a “fool.”

I decided to spend this morning reading through the transcripts counting the number of times the candidates insulted each other or used foul language, including using the name of the Lord in vain.  The results truly surprised me.

I agree with Ben Shapiro's assessment that it was not clear who won the debate. After looking at the transcript, however, it became absolutely clear who won the insult contest.  In fact, it wasn't even a contest. Joe Biden insulted Donald Trump or used foul language 26 times to Donald Trump's 7. Watch the video compilation of the insults and decide for yourself.