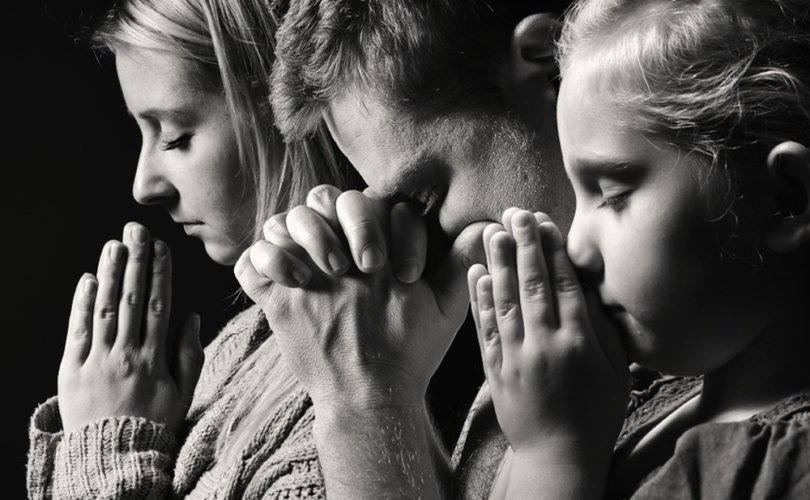 May 14, 2019 (LifeSiteNews) — One of the major themes of the papal writings of Pope Benedict XVI was the harmony of faith and reason — and not just their harmony, but the dependence of human reason on the creative divine Reason or Logos. For it is not merely the case that faith does not contradict reason, as if the two are compatible partners on an equal footing. Rather, human reason is a finite and fallible light that emanates from the prior, all-encompassing light of God, who is also the font of life, love, freedom, and wisdom.

Consequently, men can be truly reasonable and free only when they must submit their intellects and wills to this light and live in its radiance. Faith in divine revelation encompasses and elevates all the functions of reason. Without this light, men are doomed to the darkness of self-will, the tempest of irrational urges, and ultimately the madness of nihilism.

Put differently, unless we embrace God’s revelation in faith, which purifies and elevates the natural light of our mind, our own reason is fated to be its undoing. By refusing or abandoning faith, we undermine reason at its foundation. Those who labor to sweep clean the rooms of their minds, thinking to find in scientific and technical prowess a kind of secular salvation, end up verifying the somber words of Our Lord Jesus Christ when he speaks of the demon who, finding his old house “empty, swept, and garnished,” takes with him “seven other evil spirits more wicked than himself” and enters in to dwell there (Mt. 12:43–45).

Is this not what Americans, Canadians, the British, Australians, and so many others are witnessing as their beloved countries plummet with accelerating speed into the folly — nay, the insanity — of liberalism unbounded, which refuses allegiance even to reason and to nature in its insatiable quest for self without soul, liberty without loyalty?

To the “enlightened” of recent centuries, the Catholic Church was the great enemy of reason, progress, liberty. Wrapped in her dark robes of medieval superstition, she sought to enslave men with her dogmas and decrees, despising the goodness of raw nature. That was how things looked to a Jefferson or a Voltaire.

From our vantage in the twenty-first century, when for the first time large numbers of people seem incapable of recognizing, much less assenting to, the ironclad results of a valid syllogism or the normalcy of heterosexual love, it is sweetly ironic that the Catholic Tradition is increasingly the only bastion and defender of nature’s integrity and of the goodness of natural reason itself.

Even while I recognize that rational argument is a dying art with a steadily diminishing potential audience and that the appeal to reason can never be an exclusive means of approach or the last word — if only because, as Pascal sagely observed, “the heart has reasons of which reason knows nothing” — still, I have often thought that our day and age is exactly the right time for a major revival of Catholic apologetics.

Catholic, mind you; for there is a brand of apologetics very popular right now that specializes in the arts of proof-texting, razor-sharp distinctions, and blowing clouds of verbiage but fails to draw upon the liturgical, aesthetic, and ascetical-mystical depths of Catholicism — the things that most resonate in the hearts of believers and equip them with that sensus Catholicus by which to discern with the spiritual palate what is true, good, and beautiful, and to reject their contraries. What we need is not an apologetics of desiccated reasoning, but a three-dimensional exposure to the luminous reality of the Faith, which is encountered above all in the Church’s traditional rites of worship and her abundance of strong and subtle arts.

The stakes are higher than ever: not faith alone, but reason too is besieged. Christian faith is ridiculed as utterly irrational, when in reality, as the best minds have seen for the past 2,000 years, it is supreme and sovereign Reason — God’s Reason. Our own minds can begin to discern this beautiful reasonableness if we will make the effort. We owe it to Our Lord and to ourselves to prize and nurture the gift of reason as we do the gift of faith, so that we can be sane within, and talk sanity to a world hell-bent on going mad.

Even so, since we moderns are surrounded by the constant distraction of smartphones, emails, Facebook, Twitter, and who knows what else yet to come, this work of filling our minds with good things can be tough going, and perseverance is called for. Those seven demons mentioned by Our Lord would prefer to see the room of your mind “empty, swept, and garnished” with the latest fads and fictions, but you know better than to yield to their desires. Furnish your mind with solid truth that no demons — or their unwitting human captives — can gainsay.