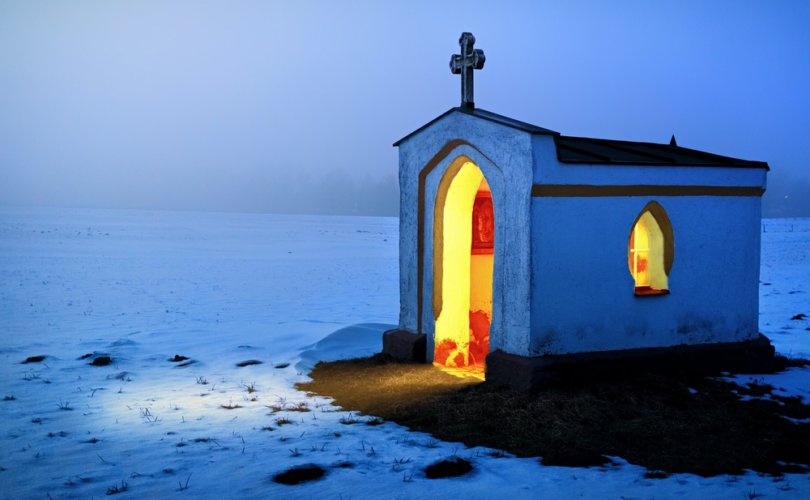 September 1, 2020 (LifeSiteNews) — At the start of September, the liturgical calendar of the Roman Catholic Church offers us an interesting conundrum. From 1955 to 1970, September 3 was the feastday of St. Pius X, while March 12 remained the feastday of St. Gregory the Great (being the actual day on which he died, and still celebrated as such in the Tridentine calendar and among Eastern Christians). However, in 1969, the committee that revised the liturgical calendar moved St. Gregory to September 3, the date of his episcopal consecration, and moved Pius X to August 21, the day after this pope died. So however one looks at it, these two popes are mysteriously connected to one another. And it is indeed fitting that they be so associated, for Gregory established the final form of the Roman Canon, the central prayer of the Latin Mass, while Pius reestablished the primacy of the chant called Gregorian, the central music of the Roman rite.

Both of these popes were men who lived heroically by the theological virtue of faith; both were great preachers and proclaimers of the Catholic Faith.

“Faith cometh by hearing,” says St. Paul, “and hearing by the preaching of Christ” (Rom 10:17). We learn about the Gospel of Our Lord through its ministers and defenders, our parents and godparents, our priests and bishops. We hear the beauty and profundity of God’s word in the sinuous lines of Gregorian chant, we climb the spiritual Mount Tabor in the solemn stillness of the Canon of the Mass, so that both music and silence become heralds of the mysteries. Those who came to faith later in life were often introduced to it by those of the Catholic laity who preach the truth in season and out of season. Always there is a word and a listening ear.

In whatever way the truths of the Gospel reach us and penetrate our hearts, it is necessary for our well-being as Christians that we receive sound religious instruction together with sacramental initiation. This dual source of Christian maturity—moral and intellectual catechesis coupled with participation in divine life through the sacraments—is beautifully illustrated by the conversation of Christ with Nicodemus (Jn 3:1–21), where Our Lord is at once catechizing Nicodemus about the meaning of redemption and leading him by the hand to see the necessity of baptism.

Whenever teachers of Catholic truth spread the word of the salvation wrought by Christ, they are imitating their Master in His aspect of Light to the Gentiles. “Faith cometh by hearing”: it is through the preaching and teaching of the Catholic Faith that the theological virtue of faith, which embraces the sublime mysteries of God, is first planted in the hearts of nonbelievers and further strengthened in those who already believe.

Nevertheless, we must keep in mind the all-important fact that God alone gives the habit of supernatural faith. It is solely by His grace, not by human instruction or initiation, that we believe “unto salvation,” that we are enabled to confess the Creed with total commitment to the God who revealed Himself to us. Christians attain to this supernatural truth by means of the grace of faith infused into their souls (“with meekness receive the ingrafted word, which is able to save your souls”—Jas 1:21), not by arguments or persuasions in the mouths of men.

The fully-formed Christian receives three fundamental gifts from God, called the “theological virtues,” which permeate his entire spiritual life: faith, hope, and charity (where “charity” is understood not as tax-deductible almsgiving, but as the love of God for His own sake and the love of one’s neighbor for God’s sake). The grace of faith is the foundation of the others, since it is impossible to hope for heaven or to have friendship with God without already holding firmly to the revealed doctrine of the faith, while it is possible, as St. Thomas Aquinas shows, to have “formless” faith even in the absence of hope and charity. For example, the soul in a state of mortal sin is at enmity with God and knows it cannot reach heaven because of this separation, but still believes that the Gospel is true, that Jesus Christ is his Redeemer, that repentance is possible. “No one can say ‘The Lord Jesus’ but by the Holy Ghost” (1 Cor 12:3). “By this is the spirit of God known: every spirit which confesseth that Jesus Christ is come in the flesh is of God” (1 Jn 4:2). Without an abiding faith in God, no one would ever turn back to Him in Confession.

For the Christian whose soul harbors the intimate presence of God, the grace of faith, bearing the soul aloft to invisible realities, is paralleled both by the grace of hope, impelling us to yearn for our fulfillment in the face-to-face vision of God, and by the grace of charity, which enables the soul to share the very life and love of Christ, so that what is His becomes ours, “according to the measure of the giving of Christ” (Eph 4:7). The grace of charity is the crown of the theological virtues for at least three reasons: it is the spiritual friendship to which we have been elevated by the mercy of God; it enables us to perform works and suffer hardships in a manner pleasing to Him; and it alone remains in its full splendor in heaven, where faith gives way to vision and hope to possession (cf. 1 Cor 13:8–13).

God alone is the author of the theological virtues, which are inherently supernatural, that is, above and beyond the power of man to produce or induce. Neither by our own sincere efforts nor by receiving the instruction of others can man earn or obtain the theological virtues. God chooses (we must speak as though God were making choices in time, when in reality He abides eternally unchanged) to give growth to the seeds that others have planted and watered. In a remarkable statement of humility, the greatest preacher the Christian religion has ever known says: “I have planted, Apollo watered, but God gave the increase. Therefore, neither he that planteth is anything, nor he that watereth; but God that giveth the increase” (1 Cor 3:6–7).

The Lord tells us to beg Him, the divine Gardener, to give us increase. “Lord, increase our faith!” (Lk 17:5). As the wise virgins await the bridegroom’s arrival in the parable (cf. Mt 25), or the beloved longs for her lover in the Song of Songs, so we must pray and plead—waiting, but always searching, for the Almighty.

In many of his books, Søren Kierkegaard insists on reminding the reader that “We’re in no hurry.” Neither is the man in search of God. It is right to hope for light, to expect it humbly, to yearn for its dawning—but we cannot make the sun rise. We can travel on foot, in the cold of night, towards the horizon where light will appear, and in this sense make ourselves open to the light, able to be enlightened, willing to be converted by God’s grace. We may seem to be hastening the rising of the sun, when we are simply getting closer to where it first rises, that we may behold it at an earlier hour. “I love them that love me, and they that in the morning early watch for me, shall find me” (Prv 8:17).