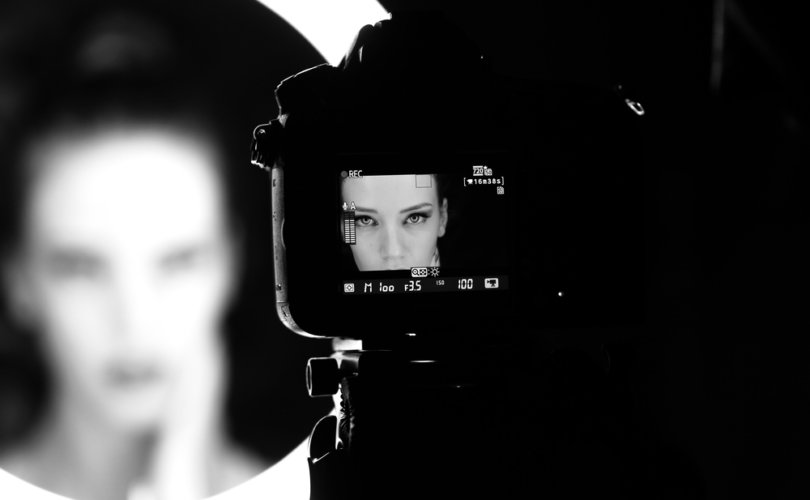 Oct. 31, 2016 (LifeSiteNews) – The assertion was a rather bold one: Pornography, the famed British novelist Martin Amis told his interviewer, was going to “change human nature.”

Jacob Weisberg of Slate.com was somewhat incredulous. “It’s quite a claim—that this is going to change human nature in some way?”

Amis was brusque and firm. “Oh, I think it will.” Like most men, he explained, he has very little resistance to pornography, the impact of which he thinks is “incalculable, and will change the nature of sexuality from here on. One suspects that any child old enough to walk will within a few months have access to it. I think it’s a great attack on innocence, and I know from personal conversations with my children that pornography determines the style of the whole operation. And since that form is…misogynistic, I can’t believe that’s a good thing.” Pornography is “widening the chasm between sex and love,” Amis informed a sceptical-looking Weisberg. “Pornography must set itself against significance in sex.”

Amis is more correct than he himself probably realizes. Pornography is reshaping sexuality, as detailed in Dr. Norman Doidge’s fascinating work on the neuroplasticity of the brain. Children are accessing pornography younger and younger—the average age of first exposure is now nine—and it is serving as their sex education. That is why, in later years, pornography will often determine the nature of their sexual interactions, as Amis’s own children have told him. And of course, pornography is horrifyingly misogynistic, much more so than it was when Amis was young.

“I shudder to think what my girls have certainly seen,” Amis wrote. “The effect of pornography on sexual praxis—how does it bleed into that, I’m sure it does, I know it does. … Why does every sexual act end with something girls hate?”

It is interesting that Martin Amis, predominantly well known for being the son of novelist Kingsley Amis, his own novels (for which he has twice been listed for the Booker Prize), and his close relationship with the late essayist Christopher Hitchens, has such a strong opinion on pornography considering his age: He is 67 years old. Amis is also known for both speaking and writing about what he considers to be the essential nature of the Sexual Revolution, and the human misery that preceded it. Despite that, he is overtly hostile to pornography.

“I got the S*** kicked out of me,” she said. “I was told before the video—and they said this very proudly, mind you—that in this line of work most of the girls start crying because they’re hurting so bad…I couldn’t breathe. I was being hit and choked. I was really upset, and they didn’t stop. They kept filming. You can hear me say, “Turn the…camera off,” and they kept going.”

Amis’s conclusion after his encounters is blunt: “Porno, it seems, is a parody of love. It therefore addresses itself to love’s opposites, which are hate and death.” Hate and death, slowly spreading like a virus. “I shudder to think what my girls have certainly seen,” he wrote elsewhere. “The effect of pornography on sexual praxis—how does it bleed into that, I’m sure it does, I know it does. My oldest daughter—I had many candid conversations with her when she was in her twenties, about how certain things were expected, just taken from pornography, which, lest we forget, is a very misogynistic form. Why does every sexual act end with something girls hate?”

I would say that it’s an attack on love and on significance in relationships, significance in sex. Years and years ago, someone defined pornography as a hatred of significance in sex. That’s what pornography does. There’s not more talk about love in pornography than there is about having babies, is there? It doesn’t come up. It’s as if you made babies some other way, like sneezing at each other or something, but certainly not with sex; that has nothing to do with it at all. And I think that’s a big disconnection for human beings. It wouldn’t have occurred to anyone 30 years ago that sex wasn’t connected with reproduction. But now, the chasm between the two is huge.

Indeed it is. Pornography has normalized virtually every sex act, poisoned the minds of men, and groomed women for sexual violence like some horrifying cyber-pimp. It has spread hatred and death, and chewed up and spat out thousands of young girls, leaving them broken and shell-shocked. It has changed the very nature of human sexuality, deforming it into something that even the first purchasers of Playboy would not recognize. So obvious is this transformation that even an aging member of the Sexual Revolution’s first wave, a man like Martin Amis, can see that this poison is hurting his children.

Perhaps unlike Amis, we know what the antidote to this poison is. It is the opposite of hatred and death, and it is a rejection of the Sexual Revolution. It is a culture of love and life, and it is up to all of us who must live in a society poisoned by pornographers to root out their ideology, trash their products, and choose a different future. Amis’s children were born into a world where pornography lurked beneath the surface. Amis and many others have now exposed the danger—and it is our task to fight it.