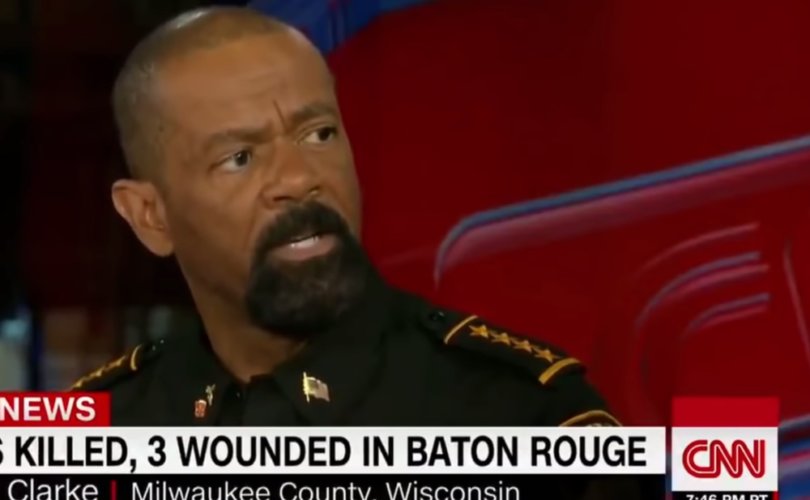 June 26, 2020 (LifeSiteNews) –  The deeply personal story by LifeSite team member Lisa Stover, about the trials of being the wife of a police officer during this frightening time when officers and their families are enduring enormous stress and personal threats, touched many LifeSite readers and was widely read.

Lisa explained how “anti-cop sentiment is fueling people to hate my husband who loves me, our kids, our country.”

She also related a crucial aspect about policing that most of the public is likely not aware of. Lisa wrote, “The mental health and PTSD resources available to law enforcement officers and their families are severely lacking, and there is so much work to be done to prevent injustices like what happened to George Floyd moving forward.”

What police officers see and have to emotionally cope with most days, and still remain caring and very human, is a challenge that most people would not be able to endure. That is why police officers need resources available to them, which most are surprisingly not receiving, to help them cope with the emotional stresses of often seeing the very worst side of humanity or having to assist citizens enduring tragic, heart-breaking events.

Black Former Milwaukee County Sheriff and Fox News personality David Clarke is featured in a Prager U video speaking in defense of the nation’s police officers and countering the anti-cop hate rhetoric of BLM. Clarke reinforces Lisa Stover’s concerns about the danger to police officers’ lives as a result of the Marxist BLM campaign against all law enforcement personnel who are simply performing a greatly needed service for the public.

The video starts with Clarke being interviewed by the typically overbearing and notoriously far-left, gay activist, anti-Christian CNN personality Don Lemon who eventually cuts off the Sheriff who maintains his defensive statements of US most police officers.

In the second segment of the Prager U video, Clarke attempts to give the other side of the story about police officers and the problems caused by politicians and others who have created a massive disrespect of authority. He tells citizens how they should respond to being stopped and questioned by police officers. Clarke says that “the idea that a law-abiding citizen has to fear the police is a destructive lie.”

He asks why BLM, what he says should mean “Black LIES Matter” because the group is “based on the falsehood that the police represent a danger to black people, are celebrated by the media and politicians.” “All of this is taking its toll on cops”, says Clarke, “and even more tragically, in the neighborhoods that most need a strong police presence.”

Clarke ends by emphasizing that the overwhelming majority of police officers are good, decent men and women concerned about law-abiding citizens and the communities they serve and are willing to put their lives on the line to protect them.

After watching the Prager U video, read Lisa’s testimony again with this new perspective. It’s a much-needed story that many should be exposed to.