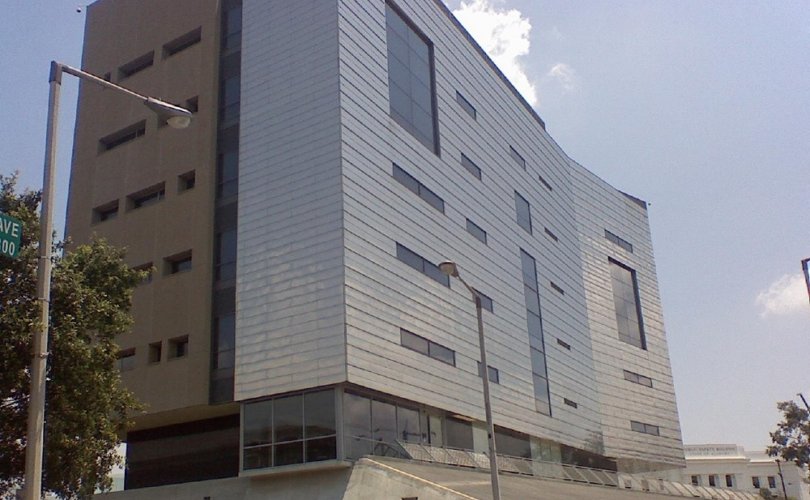 February 25, 2019 (LifeSiteNews) — The anti-Christian zealots at the Southern Poverty Law Center (SPLC) released their annual “Year in Hate and Extremism” report last Wednesday. The study claims that America under President Trump has witnessed an increase in hate crimes and “hate group” membership.

The report couldn’t have come at a better time for our activist media, who embarrassingly got caught up in pushing the Jussie Smollett hoax last week. A shift in the narrative was desperately needed. What better way to distract from the egg running down their face than to direct the American people’s attention to a report that basically allows them to say, “Well, even if Smollett’s attack was staged, there’s still is a lot hateful people in the country that, thanks to the President, would have liked to do it.”

While no one can dispute that these reports do expose despicable, un-Christian organizations (though such group’s size and impact is more often than not infinitesimal), the real purpose of the SPLC’s “Year in Hate” study is to discredit and eventually destroy influential pro-life and pro-family groups by lumping them in with extremist movements. It’s an obvious guilt by association tactic.

Christian-based organizations like The Ruth Institute, Family Research Council, and Catholic Family News (all included in this year’s report) are routinely listed in the study. The SPLC’s designation has caused real harm to them, a sign of how much power it wields. In 2013, a gunman entered the offices of the Family Research Council in Washington, D.C. after learning the SPLC deemed it “anti-gay.” In 2017, The Ruth Institute saw its donations services discontinued by Vanco, a partner of Wells Fargo. In an email, the group told The Ruth Institute that it doesn’t do business with those who promote “hate, violence, harassment and/or abuse.”

A coalition of more than 46 conservatives wrote a letter last year appealing to the media to stop citing the SPLC as an authority on “hate.” They haven’t listened. This year’s report is being given massive attention by mainstream outlets giddy to pass along its findings. NPR's report referred to the radical SPLC as a “civil rights organization.” ABC News described the SPLC (which has an endowment around $500 million) as a “legal advocacy group.” That’s about as accurate as saying Hillary Clinton is a voice for the unborn.

Robby Soave, an editor at the libertarian website Reason, appeared on Tucker Carlson this week to throw cold water on the claim that the United States is experiencing a surge in hate crimes.

“If you look very carefully, it is easy to misrepresent (the number of hate crimes),” Soave said. The increase in hate crime statistics is “actually because more agencies reported data to the federal government. So just counting the issue more accurately will make it look like the problem is getting worse when really there were just fewer people participating in this scheme to count hate crimes than the year before.”

Soave concluded that “a lot of the time it ends up being a hoax.” He estimated that about half of hate crimes in the United States could be made up. “Oftentimes they’re just not solved.”

Carlson also had Dr. Wilfred Reilly on his show last week to refute the notion that hate crimes are increasing and to talk about Reilly's book, “Hate Crime Hoax: How the Left is Selling a Fake Race War.” Watch it here. On Friday, Carlson, during an impassioned eight-minute monologue, took the SPLC to task for its ridiculous “Year in Hate” report.

As it stands currently, the Southern Poverty Law Center defines a hate group as an organization that attacks or maligns an entire class of people typically for their race, religion, ethnicity, sexual orientation, or gender identity.

If this is their operating principle, why is the Democrat Party not listed in its report?

In 2017, law professor Amy Coney Barrett was attacked by liberal U.S. Sen. Dianne Feinstein, D-California, because of her Catholicism. Bernie Sanders declared a Trump nominee unfit to serve in government because of his Christian faith in June of that same year. In April 2018, New Jersey Senator Cory Booker grilled Mike Pompeo, Trump’s current Secretary of State, for his views on same-sex “marriage.” Senators Kamala Harris, D-California, and Mazie Hirono, D-Hawaii, went after a Trump judicial nominee in January because he belongs to the Knights of Columbus. I propose the SPLC include each and every one of these attacks in their annual study.

I also propose that the SPLC's report include attacks launched against another class of people — unborn babies. That probably won’t ever happen given that the SPLC is essentially a lap dog for the Democrat Party, but if it did, Planned Parenthood along with the hundreds of liberal lawmakers pushing abortion bills in New York, Vermont, Virginia, New Mexico, and Rhode Island would all be included in the SPLC’s annual “Year in Hate and Extremism” report. Only then will the SPLC provide an accurate report on the level of hate present in the United States.