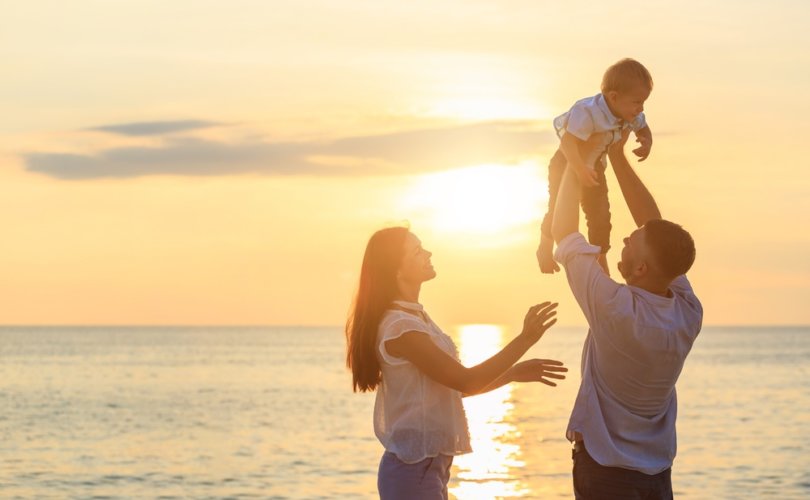 July 16, 2019 (LifeSiteNews) – The role of father is linked to the vocation of Adam in the plan of creation: naming the creatures of God through knowledge and tending the garden of the world through art. Human knowledge, however, can sour into “the pride of life” (1 Jn. 2:16) and technology, when wielded as an instrument of exploitation, can transform itself into a kind of rape of nature. Fighting each of these primal temptations, the man (vir, male) is meant to trust humbly in God, to seek His superior wisdom and aid, to exercise chastity of life, and to mortify domineering instincts. His abilities have their best use when they are placed at the feet of another.

Addressing the themes of knowledge and technics, Pope John Paul II expressed the same thought in Crossing the Threshold of Hope:

Man is the priest of all creation. Christ conferred upon him this dignity and vocation. Creation completes its opus gloriae [work of glory] both by being what it is and by its duty to become what it should be. In a certain sense science and technology also contribute to this goal. But at the same time, since they are human works, they can lead away from this goal. In our civilization in particular there is such a risk, making it difficult for our civilization to be one of life and love. Missing is precisely the opus gloriae, which is the fundamental destiny of every creature, and above all of man, who was created in order to become, in Christ, the priest, prophet, and king of all earthly creatures.

Chivalry, a tradition imbued with Christian honor, is characterized by selfless dedication to the good of others, especially those more vulnerable, as Tracey Rowland describes in her enjoyable new book Portraits of Spiritual Nobility: Chivalry, Christendom, and Catholic Culture (Angelico, 2019). The truly chivalrous person places the “lives and love” of others above his own life and self-love.

The vocation of the father is one form of the universal calling to holiness, a calling that takes flesh primarily in deeds of love. Holiness is no abstraction: it means to be faithful to one’s duties in life, to make sacrifices for loved ones, to open up room for other souls to blossom, to help where help is needed. In this way, the father is present to his wife and children, as the saint is present to the world – each represents Christ before others. In a family where Christian love is the measure and the goal, the possibility of despair is for all practical intents unthinkable. We still suffer; the Christian faith offers no panacea. But our suffering is part of the life we willingly embrace out of love for God, who turns hardship into a source of merit and glory.

Fatherhood is a saving reality to the degree that a man fulfills his role as “savior” of the mutable world of daily life, the one who, united with Christ, redeems the humdrum and exalts the lowly. If, by the grace of God, such single-minded devotion becomes as real, as tangible as the union by which man and woman possess each other, as real as the conception and birth of the fruit of their embrace, then the family will escape the inner poverty to which it lies perilously open, especially in an age where falsehood has usurped the place of truth and worldly compromises have tainted human hearts.

What, in the end, should a man strive to save? He must save or restore life-in-community, life as gift. He rescues life from passivity, protects it as well as he can from the battering of misfortune, endows it with direction, habituates himself and his children to the practice of religion. Fatherhood, Gabriel Marcel explains,

only exists as the carrying out of a responsibility, shouldered and sustained … It is probably in contrast with inertia and blindness that we can best understand what the pure act of fatherhood should be. By that I mean a self-spending which can be compared to a gift, because it prepares and requires an engagement and because without this it is nullified.

At the root of fatherhood we find the creative vow, capturing in a simple phrase the whole character of this vocation. Marcel again:

We can see clearly enough that the vœu créateur implies the combination of a deep personal humility and an unshaken confidence in life, conceived of not as a natural force but as an unfathomable order, divine in its principle.

When it is seriously undertaken and sanctioned by self-giving, fatherhood makes God more present in the world, so to speak, by bringing something of His justice, mercy, and love to bear upon the natural and social spheres in which we move. The Apostle Paul instructs Christians to “redeem the time” (cf. Eph 5:15–16). What is fatherhood, if not a way, perhaps the chief way, for a man to root his temporal love in immortality, leaving behind him a testament of sacrifice and bearing witness to that interior wealth which cannot be priced? Generosity, love without price, is the legacy of Our Lord to His followers. A man who devotes himself to the family is learning – and at the same time teaching – the wisdom of Christ.

Because the contemporary world is bedazzled by the spell of technology, the ruse of convenience, the bustle of gratification, and, at the root of these, the repudiation of the sacred, we should not be surprised to find all around us the phenomena of moral irresponsibility, weariness of life, skepticism down to the bones, loneliness and betrayal. We are happily startled and thankful when we meet men and women who have somehow withdrawn themselves, unscarred, from the chaos. “The life of man is a battle,” says Job. Indeed, now more than ever, Catholic fathers are called to be soldiers for Christ, protecting their families and defending the truths of our faith in season and out of season.

Seen in its nature and supreme importance, fatherhood is an expression of piety towards creation and its inviolable sanctity, and an exaltation of the Holy Cross. It is, in Marcel’s suggestive phrase, “the hallowing of the real.” To make the world holy is at once a cross, because our hearts and the hearts of others resist God’s love, and a resurrection, for God’s grace triumphs in those who persevere.

Now we are in a better position to appreciate the phrase of Charles Péguy: “the fathers of families, those great adventurers of the modern world”!