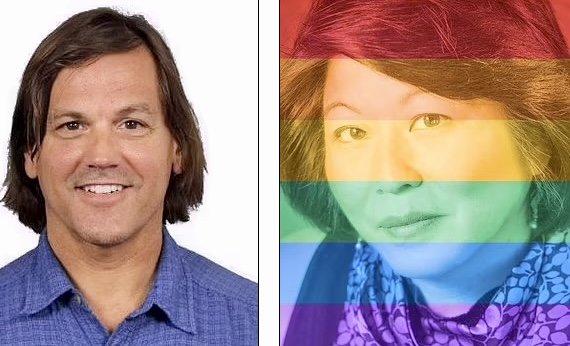 (LifeSiteNews) — One of the most heartbreaking aspects of the transgender revolution is the way in which activist judges have used it to tear families apart. I have spoken to many heartbroken parents of transgender children who want desperately to dissuade them from this path — and I’ve also spoken to parents who have been banned from seeing their own children by the courts simply because they disagree with their child getting a sex change.

A particularly heartbreaking example was reported recently by the Daily Mail. Fifty-six-year-old father of two Ted Hudacko, an Apple software engineer from Richmond, California, is separated from his wife. The oldest of their two children is a 17-year-old boy—who wants to become a girl. According to Hudacko, his wife stunned him with this information in 2019 when their son was 15 and left him that same day, filing for divorce soon thereafter.

A nasty custody battle ensued, with Hudacko’s wife using their son’s gender dysphoria as a wedge. An activist judge sided with her, denying Hudacko custody and removing his paternal rights simply for asking whether his son was mature enough to make such a life-changing decision. What Hudacko didn’t know when he faced Judge Joni Hiramato in June 2020 was that the judge’s own child had transitioned from male to female the year before. This obvious conflict of interest was ignored.

Hudacko, who was only permitted supervised visits, has now not seen his son in two years. He is confused, broken, and hurt. His son is taking puberty blockers, and he does not know why his wife is so eager to push their son down the path of sex change surgery (although he soon turns 18 and will be able to do whatever he wishes.) “I have seen him but only from a distance, in the fall of 2021,” he told the Daily Mail. “Our younger son plays football at his school. I saw him sitting in the bleachers. It made me sad.”

His attempts to reach out by text and email have been rebuffed, even when he offers to lend his support to whatever path his son chooses. A recent text read:

I have researched your situation and had my opinion. All I want is for you to be happy. I just want to be your dad again. I beg you to open the door – please.

That’s all. I will support you. I want to see you, shake your hand, and see you smile again.

Hudacko has no idea why his son wants to identify as transgender, and says that he had no “inkling” until his wife told him the day she left him. When Judge Hiramato demanded to know if he thought transitioning was a sin or if he thought he should be supportive, he replied that he would be supportive even if his son identified as the Queen of England. Nothing was good enough. His younger son splits his time between his mother and father’s houses. Despite not being permitted to see his older son unsupervised, he is still responsible for paying all medical bills.

Hudacko is terrified that his son will transition, render himself infertile, and later come to regret his choice. “There’s a lot of unknowns … it’s the permanent changes and lifelong medicalization,” he said. “If he has been sterilized and his natural ability to produce testosterone has been destroyed, he either is going to have to take an artificial estrogen or likewise he’ll need artificial testosterone. Maybe the power or prayer and miracles will happen and he will have an awakening and take this [implant] out. Maybe he will be all right. Based on the experts I have consulted, he has already been pretty damaged.”

“There are a lots of families going through this,” he added. “It is a special form of torment for them all.”

Hudacko is currently crowdfunding for his legal fees via the Christian site GiveSendGo. Judge Hiramato has been replaced on the court, but he has little hope that a new judge will be less biased. When the Mail asked Hiramato about the conflict of interest, a spokesperson for the Superior Court of California replied, “Judge Hiramoto nor the Court can comment on pending matters.”

She should, of course, be disciplined and her ruling vacated. An activist judge with a “transgender” child has forcibly separated a father and son because he wanted to be cautious about his son embarking on irreversible sex change treatments. Because gender ideology has seeped into every crevice of our legal system, she got away with it. Ted Hudacko’s life is, in many ways, ruined. His son can destroy himself with drugs, surgery, and castration without a word from his father — who will likely foot all the bills for the damage.

This is the story of a broken family, a twisted ideology, and a sick system. There are many, many others just like it.