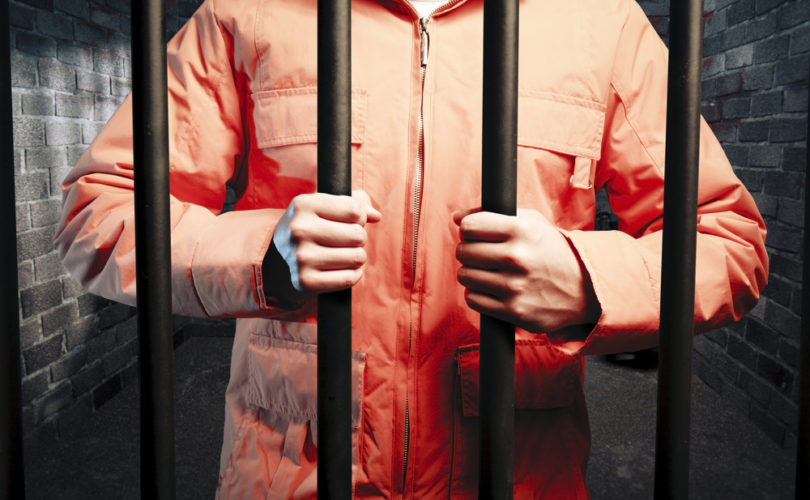 February 24, 2020 (LifeSiteNews) – I don’t know precisely how it is going to happen, but I am certain that there is going to be an ugly reckoning for those who decided it was a sane idea to send biological men identifying as women to women’s prisons, where vulnerable female populations find themselves locked in with violent rapists and criminals. Numerous assaults have already occurred, and now a female prisoner at the Logan Correctional Centre in Illinois is suing the prison, claiming that a “transgender inmate”—a biological male—raped her, and that the prison tried to cover it up.

The rape apparently happened last June, and the inmate claims that a correctional officer forced her to withdraw the claim. As a result, she was subsequently disciplined for filing a false claim under the Prison Rape Elimination Act. She alleges that she was raped by “Janiah Monroe,” a man named Andre Patterson who was sentenced to a dozen years behind bars for the attempted murder of a government employee and another 20 for murdering his cellmate. Patterson and another man claiming to be transgender had managed to get transferred to women’s prisons after suing the Illinois Department of Corrections. Patterson, it must be pointed out, is still in possession of a fully functioning penis.

After he was transferred to Logan Corrections Centre, Patterson’s victim alleges that he began “expressing an interest” in her, and then on June 18, he “easily overpowered” her and raped her. She says that Todd Sexton, a senior correctional officer in the Health Unit, did not believe that she had been raped and pushed her to retract her allegation. As a result, the prison classified her experience as “consensual sex” and the alleged victim was punished for the “major infraction” of filing a false rape claim. Patterson’s lawyer, Alan Mills of the Uptown People’s Law Center, went so far as to claim that his client may have been a victim of “transphobia.”

I’ve been covering the transfer of male prisoners identifying as female to women’s prisons as well as the inevitable results of this situation for a few years now, and many people respond by insisting that I am merely highlighting unfortunate outliers. Putting aside for a moment the insinuation that the occasional rape victim is acceptable collateral damage for implementing the transgender ideology, it simply isn’t true that these situations are rare. In fact, the Daily Mail recently reported that in the U.K., the number of male prisoners now claiming to be transgender has risen to one in 50—“four times the number in the population as a whole.” With women, conversely, the number is one in 100.

It is obvious to everyone that prisoners are taking advantage of our new collective insanity, with the Mail noting that the “high ration may raise concerns that some offenders pretend to be transgender to gain extra privileges while inside. Inmates who identify as the opposite sex can choose whether they are kept in male or female jails and are allowed to shower alone.” In response, one Surrey jail has “set up a transgender wing over concerns that such inmates were vulnerable to bullying and suicide”—not, it must be noted, out of concern for the women who were being locked up with these violent criminals.

The latest annual report by Her Majesty’s Chief Inspector of Prisons noted that the number of inmates claiming to be transgender in England and Wales may actually be around 1,500, which is a full 10 times higher than the current government estimate. According to the Mail, the Ministry of Justice was claiming that there were only 138 transgender inmates only a half year ago, with the most recent report showing that 2% of men and a staggering 10% of Travellers identified as transgender. The report, of course, solemnly ignored the plight of vulnerable women and instead noted that “Most [transgender] individuals received support, but some prisons were not aware of the full extent of the needs of these prisoners and had not yet identified and addressed them.”

The spike, predictably, occurred once the guidelines no longer stated that inmates had to be placed in the prison that matched the gender on their birth certificate. As Peter Clarke, the Chief Inspector of Prisons, so memorably put it, he “could not determine whether prisoners pretended to be transgender.” That, of course, is true for everyone, since there is no longer any objective standard to determine whether one is transgender besides the person’s say-so. You don’t need a “sex change,” and you don’t even need to have any intention of attempting physical transition—you can simply say that you feel like a woman, and that is that. Your beard and penis are no big deal anymore, since the geniuses running the show are required to believe that women have beards and penises now, too.

It is obvious to ordinary people that this situation is both tragic as well as predictable. Any person with a mind unconstrained by ideology could have told these muddled officials that this was going to happen, and one can only imagine the internal hilarity of these violent male criminals, who are using wokeness to hold the entire system hostage. Many of the prison officials, I assume, are also aware that the situation they are being put in is insane, but will not say so because they will lose their jobs. And so everyone plays along, the vulnerable get hurt, and the chasm grows between those afflicted by ideology and those ordinary people who believe their own eyeballs.

Jonathon’s new podcast, The Van Maren Show, is dedicated to telling the stories of the pro-life and pro-family movement. In his latest episode, he interviews Claire Culwell, who survived an abortion. Her twin did not. Culwell is an outspoken pro-life advocate and brings a face to the millions of babies lost to abortion. Culwell was featured in the Faces of Choice Ad, asking abortion advocates if they can look the survivors in the eyes and tell them they are better off dead.