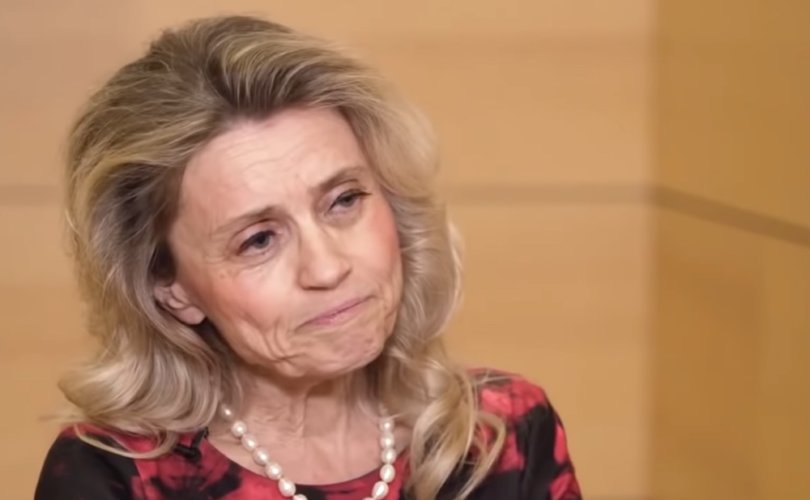 September 30, 2020 (LifeSiteNews) – Back in May, I wrote a column for First Things on the ongoing persecution of Finnish politician Päivi Räsänen, who has been consistently targeted over the past several years by LGBT activists for her outspoken advocacy of biblical sexual ethics. Since I interviewed her last, she has been interrogated by Finnish police yet again—simply for articulating her Christian beliefs in public.

Räsänen is not an insignificant figure in Finland. From 2004 to 2015, she served as chair for the Christian Democrats, and from June 2011 to May 2015 she was Minister for the Interior of Finland. Her husband is a Lutheran pastor, and her Christian views were well-known. Not until Section 10 of Finland’s Criminal Code dealing with hate speech was amended in 2011 to include “sexual orientation” did she run into any trouble. Suddenly, the expression of orthodox Christian views held by countless millions could possibly considered hate speech, and perhaps even prosecutable. That, at least, is what Räsänen’s persecutors are hoping.

This month, I spoke with her again about the details of her case. Anyone who values freedom of speech and freedom of religion should be paying close attention— Räsänen’s ordeal could easily happen in Canada or the United States someday soon.

LifeSite: What is the background of your case?

Päivi Räsänen: All in all, the Finnish Police Force is conducting four separate criminal investigations against me. In all of these cases, I am accused of criminal agitation against a minority group, primarily for quoting the Bible in a tweet, for a 16-year old pamphlet, and for speaking according my Christian faith in a radio and a television program.

The most recent case has to do with my views presented in one program of the YlePuhe [The Finnish Broadcasting Corporation Talk Show] series with host Ruben Stiller on the topic “What would Jesus think about homosexuals?” This was broadcast on 20 Dec. 2019. In the program, we discussed the Bible’s teaching on Jesus, creation of man, sin, the last judgement, and salvation. I emphasized that all men, regardless of their sexual orientation, are on the same line before God, all valuable, but all also sinful and in need of Jesus’ redemptive work in order to inherit eternal life. It is inconceivable for me that the program is suspected of being defamatory in any part.

What are the latest developments in this case?

I was interrogated at the Main Police Station in Pasila, Helsinki at 10:00 AM on 25 August 2020 on suspicion of ethnic agitation against a group. I went gladly to discuss with the police about these issues once again, but I am concerned that the investigations and interrogations cause fear of limiting freedom of religion and free speech. I will give the concluding statement about this Stiller case to the police next month.

Why are investigations still ongoing after you have been cleared multiple times?

The police have not yet finished the criminal investigation, so the process is still ongoing. After the police have finished it, they will send their decision to the Prosecutor General. These police investigations will lead to consideration of charges, which will result either in a prosecution or acquittal. The police did not find any justifications required in the Criminal Investigation Act that would necessitate in this case a pre-trial investigation with a police interrogation, but the Prosecutor General ordered a pre-trial investigation. It is confusing for the due process of law if highly educated authorities disagree about whether a crime has happened, or if a parliamentarian, who has served over 25 years, does not recognize a potential crime.

What is the likely outcome of this case?

What is the significance of your case to LGBT activists?

The aim of the LGBT activists is to silence those voices that defend the system of two biological sexes and marriage as a union between man and wife. Ultimately this has to do with guilt and trying to solve it by silencing and preventing the possibility to teach and speak the teachings of the Bible in the public sphere.

I wonder whether these investigations are meant to cause censorship and timidity among people who have a Christian conviction. It is unfortunate how uncritically the ideology of sexual diversity and LGBT activism has been supported and endorsed even by churches. The attempt to break down the gender system based on two different genders hurts especially children. I believe that religious literacy and knowledge of the Bible have decreased so much that those making criminal complaints do not understand the basic concepts of Christianity about the creation of man, sin and salvation.

These police investigations have to do with whether it is legal to publicly confess and teach Bible-based views on man’s relationship with God. From the viewpoint of freedom of religion and free speech, these cases are precedents. I am a former police minister and I wonder whether these time-consuming investigations are a right way to use the scarce resources of the police.

Jonathon’s new podcast, The Van Maren Show, is dedicated to telling the stories of the pro-life and pro-family movement. In his latest episode, he interviews Dr. Alveda King, niece of Martin Luther King, Jr. Alveda explains that she used to be pro-abortion but embraced the pro-life message when she became a born-again Christian in 1983. “The African-American community is a very politically loyal community,” she said. “However, many African-Americans today are supporting President Donald John Trump because of his stand for life, because of his economic support.” You can subscribe here and listen to the episode below: