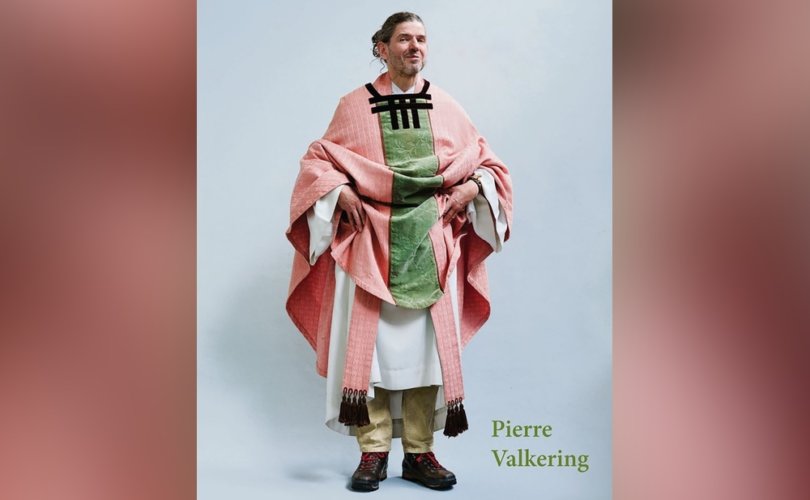 NETHERLANDS, April 4, 2019 (LifeSiteNews) – Last Sunday, Father Pierre Valkering presented his own autobiographical book to Catholic faithful in a homily, in which he admits to having homosexual relationships, consuming pornography, and visiting meeting places for homosexuals. In response to this public testimony, his bishop, Jos Punt, suspended him and asked him to start a “time of reflection.” Valkering, in 2016, had given to Pope Francis another of his books containing pro-homosexual homilies.

“This is incompatible with a worthy exercise of the priesthood,” comments Bishop Punt in the LGBT newspaper De Gaykrant. But at the same time, Punt thanks Valkering for his honesty.

As the Dutch Catholic newspaper Katholiek Nieuwsblad reported on April 2 (here an English translation), Bishop Punt had asked Father Valkering in the past as to whether he is living a chaste life. Valkering then had told the bishop, according to a statement of the Diocese of Haarlem-Amsterdam, that he was managing celibacy “in a responsible manner.” “He now unmistakably said in public that he has not kept his celibacy vow, and cannot and will not keep it,” the diocesan statement continued.

The local bishop had not been previously informed about Valkering's new book. Valkering, during a Mass last Sunday in honor of the 25th anniversary of his own priestly ordination, presented the book in Amsterdam and thus made his own active homosexuality public.

But his pro-homosexual attitude was earlier known. As LifeSiteNews has reported in 2016, Valkering had prominently given to Pope Francis on St. Peter's Square a book containing funeral homilies about the theme of homosexuality (see picture of event here). The priest had afterward told the press that he had been “profoundly touched” by the Pope’s welcoming attitude.

The statement of the Diocese of Haarlem states about Father Valkering and his now public homosexuality: “Moreover, he also allows for other sexual liberties. For the Roman Catholic Church, this is incompatible with a worthy exercise of the priesthood. The Church understands human weakness and everyone’s personal struggle to grow in holiness, but Father Valkering now declares that he doesn’t even want to try and live an ordered celibate life.”

An NL Times article describes his homily of last Sunday, as follows: “Valkering closed his Mass with a speech about the 'big pink elephant' in the Catholic Church. Wearing a pink robe, which he was allowed to wear because the color is part of the fourth Sunday of Lent, the 57-year-old priest criticized the silence that reigns around homosexuality in the Church. 'I suffered a lot from that,' he said. Valkering spoke about his life as a latent homosexual, also describing visits to gay saunas and darkrooms.”

The Dutch priest furthermore referred in his homily to the recently published book by Dr. Frédéric Martel – In the Closet of the Vatican – who claims that there are many homosexual clergymen in the Vatican.

According to NL Times, Valkering, like Martel, also “believes that gay men more often opt for the priesthood than heterosexuals. For him, becoming a priest was an 'escape option for his homosexuality', he said in an interview with De Gaykrant. He called the choice of becoming a priest [a] 'denial and repression of his own homosexuality.'”

One LGBT activist was present during Valkering's homily last Sunday in Amsterdam. She placed some pictures of it on twitter and commented: “Beautiful service with impressive end.”

This suspended Dutch priest had been a promoter of homosexuality in the past. In 2016, his diocese forbade him to participate at the Amsterdam Gay Parade, for which he had intended to make a float representing the parish.

According to the Catholic Church's law, a priest who sins against the Sixth Commandment is to be suspended from this priestly duties. In grave cases, he can be laicized. The 1983 Code of Canon Law states in can. 1395: