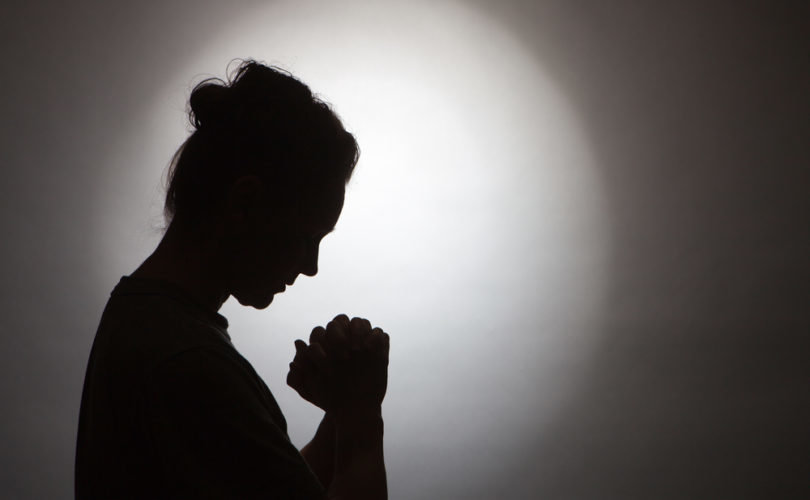 A couple months ago, my husband and I went to the theater to watch “The Giver.” I had heard that it had a pro-life message, so I was pretty excited to see it.

It was an intense movie. Well, it was for me, anyway.

The whole plot is too complicated to type out in this article, but basically a young man is given the power to see emotion. He is able to love. And he is able to see the truth about sending people to “elsewhere.” He realizes that they are killing people. One of the best lines in the movie is when this young man says, “They haven't eliminated murder. … They just call it by a different name.” Hmm. Kind of like our society and abortion.

When evil comes into your life in such a real and tangible way, it changes you. And you know what? You don’t even see it. You truly don’t realize what you are doing.

Anyway, this young man realizes that his father is one of the people killing these babies. In the scene of this realization, he is furious. He is shouting things like, “How can he do this? He is killing them!” An older man looks at him and says, “He doesn’t see it. He doesn’t see what he is doing.”

That scene shook me to my core. Five years ago, that was me. I was killing babies. And I also didn’t see it. I watched the rest of the movie, but couldn’t get those words out of my head. I didn’t see it.

The fact that I don’t have answers to these questions only affirms that we are fighting a spiritual battle. We are fighting evil…and evil that will literally blind you to the truth. Sin blinds you.

You see, as an abortion clinic worker, I experienced evil in a way that most have not (thank The Lord). I have physically experienced evil. I have touched it when I pieced these tiny babies back together. I have seen it in those little glass dishes that I dumped their bodies into. I have heard it as the suction machine violently pulled these tiny bodies out of their mother’s wombs. And yes, I have smelled it. Abortion has a very specific smell, one that you will never forget.

When evil comes into your life in such a real and tangible way, it changes you. And you know what? You don’t even see it. You truly don’t realize what you are doing.

And then one day you do. The blindness is removed. Not by human hands, but by the hand of the Holy Spirit.

So my question is this? How can we condemn those who are truly blinded by evil? We can’t. We shouldn’t. How do we bring about conversion of those living in blindness? By love. By truth in charity. By offering forgiveness. By offering mercy. With prayer.

I’ve heard pro-lifers yell at abortion clinic workers that they should “REPENT!!!” Repent of what? They don’t see what they are doing as something that needs to be repented of. Why? Because they are blinded. Do you think yelling at them will remove that blindness? Not likely.

They don’t see it. They don’t know what they are doing. That sounds familiar, doesn’t it?

“Father forgive them. They know not what they do.” You see, Christ recognized spiritual blindness in others, yet we are not able to see. That is part of our own blindness. Christ gave us the perfect example of how we should treat those who truly don’t know. We pray for them. We forgive them. We love them. But somehow, some think they know better than Christ. Blindness.

We are all afflicted with our own spiritual blindness. That’s what sin does to us, and we all sin. We would do better to look into our own hearts and deal with our own sin before we condemn the sins of others.

Does this mean we don’t judge right from wrong? Of course not. I’m not talking about taking a stand on moral absolutes. Is abortion absolutely wrong? Yes. Are the people who work in these facilities absolutely evil? No. Why? Because they have the ability to change. They have the ability to receive the love and forgiveness of Christ. Abortion does not change. It is always killing a human being. It is always violating the rights of an individual person. Nothing will ever change about that. Abortion clinic workers can change. And they do change. I changed. We have 132 clinic workers in our ministry (abortionworker.com) who have changed.

Don’t doubt the power of God to change any heart. Let’s extend love to those He may be working on. Let’s not do anything to disrupt His hard work.

They will know we are Christians by our LOVE. Hate begets hate. Love begets love. Let’s choose to love and to love well.