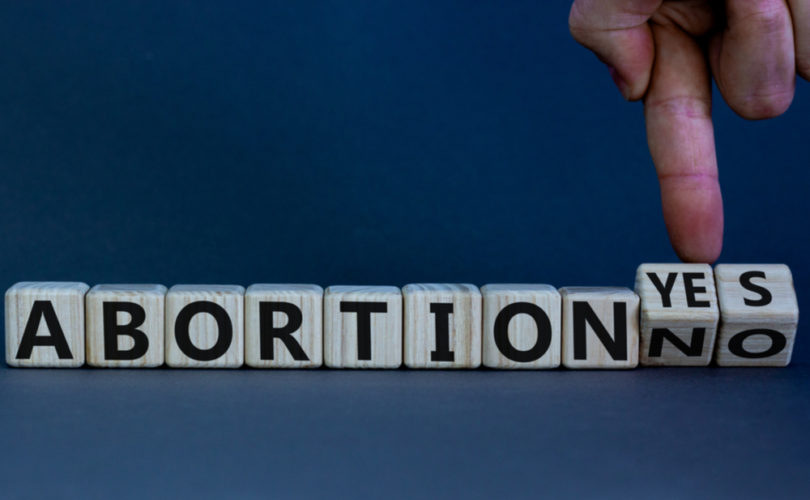 April 15, 2021 (LifeSiteNews) — As COVID-19 restrictions make it more difficult to procure abortions, Democrats are moving to make the killing of children in the womb as available as possible. The Biden administration’s FDA has just made abortion pills available via mail without the requirement for in-person consultations or medical provision. Also this week, Hawaii’s Democratic Gov. David Ige signed House Bill 576, which permits Advanced Practice Registered Nurses (APRN) to prescribe abortion pills as well as perform suction aspiration abortions on “non-viable” fetuses — those that are too young to survive outside the womb.

Twelve other states already permit some nurses to perform or prescribe first-trimester abortions, including Vermont, Colorado, Maine, Massachusetts, Montana, California, New Hampshire, Vermont, Virginia, and West Virginia. This move comes not due to new medical information — Hawaii restricted the practice of abortion to doctors prior to Monday — but rather because there is a shortage of physicians willing to commit abortions, and thus abortion is virtually inaccessible on many of the Hawaiian islands.

Those seeking abortions often fly to Honolulu, Hawaii’s capital on the island of Oahu, where most of the abortionists live and work. Abortions can be procured on the island of Hawai’i, but only in Hilo on the northeastern side.

According to several media outlets, there are no abortionists on Kauai, Molokai, and Lanai, while an abortionist flies into Maui twice monthly (as is the case in many other states with no local abortionist, as well.) Last year, when COVID-19 restrictions were in place, abortionists were not able to fly in, making abortion inaccessible for months.

House Bill 576 not only permits nurses to perform early abortions, but also permits them to do so in their offices as well as in hospitals or clinics. (Abortion is illegal in Hawaii after viability except in cases where the mother’s life or health may be at risk — an admittedly vague standard.) This permissiveness is in some way unsurprising — Hawaii has been a largely pro-abortion state for many decades. Hawaii was the first state to legalize abortion on demand in 1970, three years before Roe v. Wade. According to the Pew Research Center, 66% of adult Hawaiians believe that abortion should be legal in most or all cases.

Despite this permissive attitude, both the number of locations providing abortions as well as the number of abortions are steadily declining. According to the Guttmacher Institute, there was a 14% decline in abortions in Hawaii between 2014 and 2017, the last year for which there are comprehensive numbers. There were 3,200 hundred abortions in Hawaii in 2017, and 28 facilities — four clinics — offering abortion. At the same time, 40% of counties in Hawaii had no abortion clinics. This is an increasingly common state of affairs across the United States — 89% of American counties had no abortion centers in 2017.

The pro-life movement has been very successful at shutting down abortion clinics over the past several decades, and for this reason abortion activists have long wanted to loosen restrictions to restore access in areas where obtaining an abortion is next to impossible. The Democrats are doing their best to deliver on this, with legislation expanding abortion access or enshrining legality passing in New Jersey, Massachusetts, New York, and now Hawaii. For abortion activists, COVID-19 is the perfect opportunity to achieve a laundry list of political goals they have long desired.