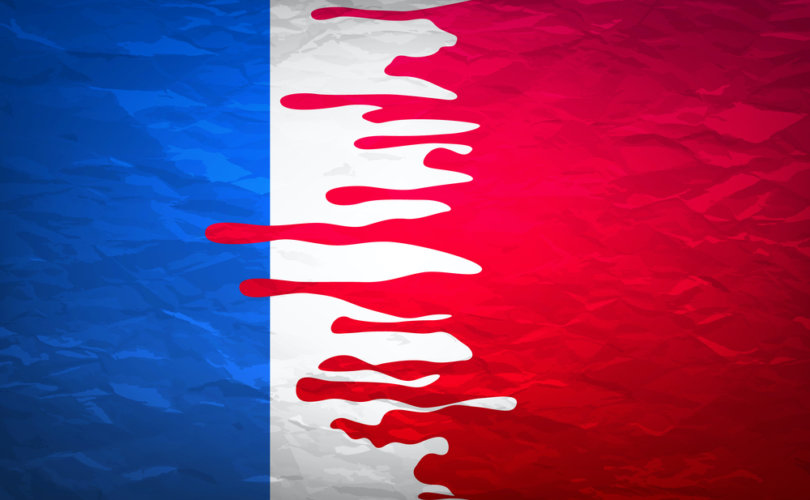 PARIS (LifeSiteNews) —The COVID-19 pandemic has heralded a host of setbacks for the pro-life movements of Europe. The Netherlands has removed its waiting period for women seeking an abortion, intended as a period of reflection on an irreversible decision; Germany’s new socialist government has revoked its ban on advertising for abortion; and EU’s parliamentary president Roberta Metsola, a Maltese pro-lifer, reneged on her anti-abortion stance mere days after getting elected by saying she’d support recognizing abortion as a fundamental right in the EU’s charter.

It is perhaps unsurprising that there is now more bad news out of France since it has been French president Emmanuel Macron pushing to have abortion recognized as a fundamental right despite the fact that a number of European countries, including Malta, still ban abortion. Like most European countries, France has restricted abortion to 12 weeks, but in recent years there has been a massive push to legalize abortion further.

Interestingly, Macron was reluctant to liberalize France’s abortion regime, perhaps worried that he would further inflame his nation’s traditional factions in the leadup to April’s elections. He told one magazine that having an abortion so late was “more traumatizing” for women and that “extended time limits are not neutral in terms of a women’s trauma” although he remained silent the morality of the question.

Watch this video, for example, to see babies of that age clenching and unclenching their fists, waving their arms and legs—and then imagine what those babies might look like once the abortionists were through with them.

Macron took fire for his position from politicians such as Laurence Rossignol, former Socialist minister for families, who accused Macron of being stuck in the past. “I had an abortion, and I am not traumatized,” she announced to the senate. Another senator joined her in the declaration.

Those pushing for the change used the same reasoning as Irish abortion activists back in 2018, noting that women wanting to abort their babies after the three-month mark had to fly to nations with more liberal abortion laws such as England (24 weeks), the Netherlands (21 weeks), or Spain (14 weeks). French Health Minister Olivier Véran claimed that it was necessary to change France’s abortion law in order “to end the distress of the thousands of women who have to go abroad.” Véran did not explain why anyone “has” to get an abortion.

The law was put forward by Albane Gaillot, who is a member of a breakaway party from Macron’s La République En Marche, although the bill eventually gained government support. The liberalization of France’s abortion regime passed during the final hours of parliament before the upcoming presidential elections. Macron’s health minister stated that it was a “victory for society” as well as a “very important day for parliament” and “the emancipation of women.” Macron’s government also passed a law mandating free contraception for women under the age of 25.

Progressive lawmakers, predictably, felt that the law didn’t go far enough because it included a clause giving French doctors the right to refuse participation with abortion on moral grounds. Conscience rights are fundamental, but according to the progressives, recognizing the rights of French medical professionals “perpetuated stigma around abortion,” and stated that they would continue to fight to have this clause removed. Lawmakers who believe in the right to kill babies in the womb also believe that it is essential to kill the consciences of those who highlight their barbarism.