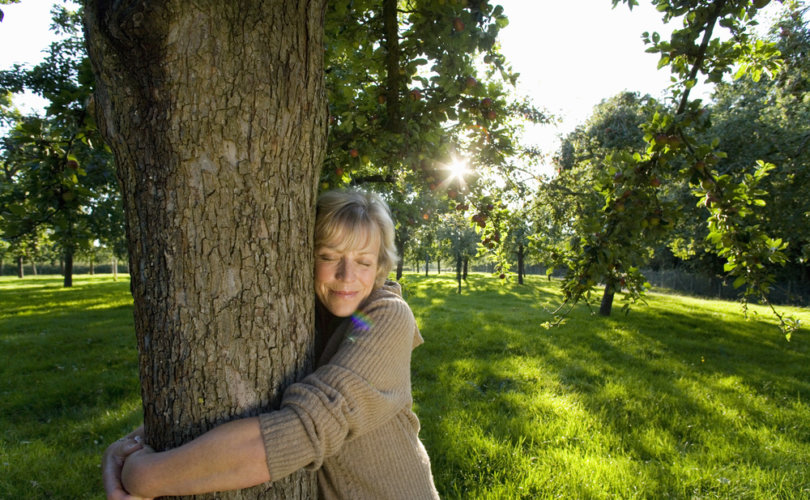 January 8, 2020 (LifeSiteNews) – In 2015, Catholic convert Roger Buck published The Gentle Traditionalist, a work of apologetics in a dialogue form which, like some of Plato’s dialogues, is flavoured by a fictional dramatic setting set out at the beginning and the end. Despite its classical antecedents this is an unusual format, but Buck’s work was very successful. I have been recommending it to everyone ever since, as the ideal non-threatening introduction to traditional Catholic concerns on culture, education, and politics, the issues which motivated Chesterton, Belloc, and Evelyn Waugh.

The Gentle Traditionalist was followed in 2016 by Buck’s magnum opus, the 450-page Cor Jesu Sacratissimum: From Secularism and the New Age to Christendom Renewed. This is partly autobiographical, featuring Buck’s former life as a New Age practitioner and activist. Buck’s latest book, The Gentle Traditionalist Returns: A Catholic Knight’s Tale from Ireland, returns to the characters and format of the first book but more of the issues of the second. It is an exploration of the New Age as it is invading a newly-post-Christian Ireland, Buck’s adoptive country, in the context of the abortion referendum of 2016.

In Cor Jesu Buck argues that the New Age (or whatever term its adherents might prefer) has caught on most successfully in the cultural milieu created by Protestantism. In secularising countries with a strong Catholic heritage, those looking for spirituality and the supernatural know where it is to be found: in the Church. In secularising Protestant countries, including Scandinavia but most of all the English-speaking world, the cultural understanding of Christianity is dominated by liberal low-church Protestantism, the religion of (at best) worldly concerns and human community. Those looking for spirituality and the supernatural are therefore more likely to seek it in Eastern mysticism, the occult, and the New Age.

It is easy to dismiss the New Age as a fringe movement inhabited by cranks, but that image is out of date. ‘Mindfulness’ sessions have found their way into the schedules of multi-national corporations, and the environmentalism promoted by governments and schools increasingly resembles a religion. The New Age is the spirituality of the post-Christian West. When people imagine a ‘spiritual person’, or would like to be more ‘spiritual’ themselves, they increasingly do so using New Age categories: reincarnation, monism, pantheism, the rejection of ‘dogma’ (while having lots, usually wrapped up in abstruse vocabulary), the possibility of ‘getting in touch’ with Something through meditation, and the ‘all religions are really one’ thesis. The last idea, condemned by so many popes as ‘religious indifferentism’, has indeed become the basis of public policy throughout the West.

It is particularly sad to see this movement invading Ireland. Ireland had a unique position as a Catholic, English-speaking country, but for many years its political and cultural elite have found this uncomfortable. Among their American and British peers, the last thing many Irish diplomats, statesmen, and celebrities want to do is to marginalise themselves by affirming Catholic teaching on marriage and abortion, or anything else.

With the accelerating collapse of Irish Catholic identification and practice following the clerical abuse scandals, and a desire by Ireland’s elite to copy British and American trends, the scene is set for the New Age to become the go-to spirituality of a de-spiritualised Irish culture.

Readers might wonder how the New Age can prosper in the context of widespread moral and philosophical materialism. Buck explains that while many, perhaps most, people in positions of influence think the New Age stuff is drivel, they go along with the mindfulness workshops and the tree-hugging because this is a kind of religion fundamentally compatible with capitalism and individual sexual liberty. Indeed, the New Age fits right in to the commercialised spirituality of generations of American snake-oil salesmen and cult leaders, while rejecting traditional morality as (as best) outdated and oppressive.

In a 50-page Afterword, Buck backs up the claims made in the body of the book with his own knowledge and experience, and some scholarly research. The foundational texts of the New Age have escaped much critical scrutiny because they are long, technical, and mind-numbingly boring, as well as being, on the face of it, farragoes of rambling nonsense. They have been absorbed, however, by a small cadre of New Age writers who have re-packaged the ideas and practical proposals contained in them for a wider public. New Age practitioners have seldom been confronted with the disturbing links between their ideas and the occult, Freemasonry, and even Bolshevism, and many works which do attempt to make these connections (by Evangelical Christians, for example), are poorly researched. We are fortunate indeed to have Roger Buck, with a profound understanding of the New Age movement and literature, to explain the complex development of the movement and its world-view to a Catholic audience.