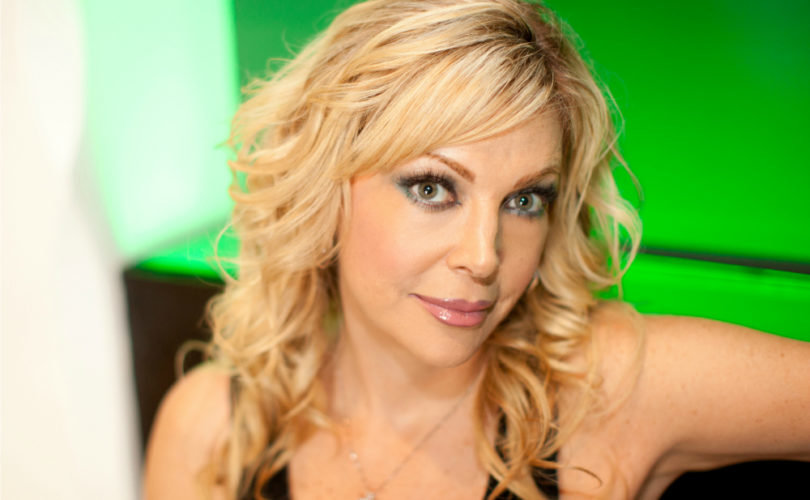 This is a common response to anti-porn advocates who argue that pornography is sexually violent, the visual celebration of rape and a perverse glorification of the degradation of women and girls.

“It’s a vicious circle [being] a sex worker, because you’re stripping, taxi dancing, and you just get burned out in prostitution,” Lubben told me. “After prostitution I got burned out, and I was lied to that I would be safe from STDs (sexually transmitted diseases) and I would make all this money. I was a single parent, so what the heck, might as well do sex on camera. But it was completely and utterly the worst, darkest thing I’ve ever been involved in.”

“Well I’d been sexually abused at nine years old by a teenage boy and his sister,” Shelley Lubben replied. “So I experienced very shocking heterosexual and homosexual activity at a very young age, and at the same time I was raised by the television – I was allowed to watch R-rated movies, horror movies, movies with sexual content, so I learned about love and sex from abuse and from basically parental neglect, because they would just allow us to watch these things.

“And then as I got older, I was rebelling because my dad was not very involved in my life, and I began to look for sex with boys because the boys would say they loved me. So it was this cycle that I felt in my head that I’m loved if I have sex with a person. My dad kicked me out on the street for being rebellious, and I ended up in San Fernando, LA, which is Porn Valley, and a pimp lured me in, and I was very naïve. No, I was rebellious, I was not naïve. He lured me in for 35 dollars, and then he… you know, I had to escape from him physically, because he became very abusive, and then a Madame found me, and it just spiraled on.”

Once she was embedded, Lubben felt trapped in a cycle of degradation and destruction.

“Absolutely,” she replied. “It was even violent back in my day, but I got involved in hardcore porn just because I was still filled with rage from my parents. But yeah, in my day I would have never let anyone rip my mouth or put some weird gadget in my mouth or do something where they’re causing a rectum prolapse, I wouldn’t have done that. I would’ve walked away. Nowadays, girls have to end up doing that stuff, ‘cause that’s what sells. So it’s really sad this is a lot of our society that, but you know, everyone’s so desensitized to vanilla sex now. They want it harder, and grosser and darker, and you know, I can’t imagine what our society will be like in 20 years from now. I can’t, I don’t think I… I’ll have to like move to the mountains or something, because I doubt any normal girl could walk the street at that point.”

“Another way [is that] pornographers make false promises: ‘If you do this scene I promise that you’re going to get this money, or you’re going to get the box cover’ or, ‘You won’t have to do this kind of scene anymore.’ It’s all based on lies. And so you’ve gotta be tough to be in that business.

Before I hung up the phone, I asked Shelley Lubben one final question: “If you could say one thing to someone who’s looking at pornography, what would you say?”