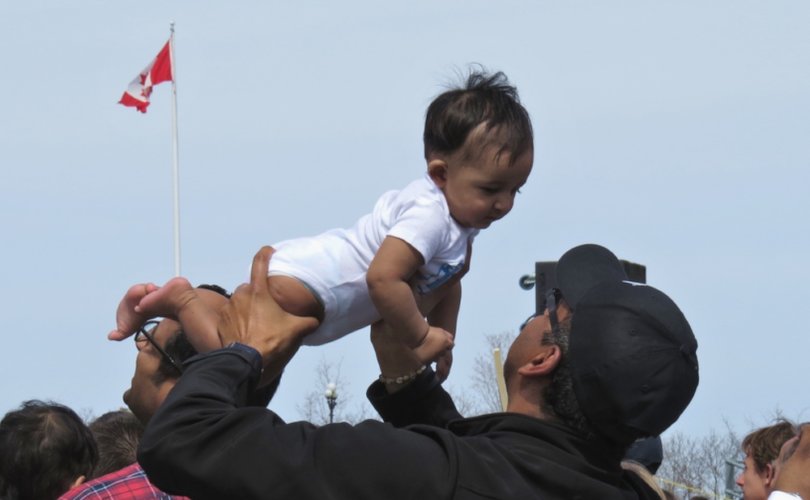 A father holds his son at the May, 2014 National March for Life rally in Ottawa. Pete Baklinski / LifeSiteNews

December 8, 2017 (LifeSiteNews) – Earlier this week, I was asked by a friend why Canadian politics “is so depressing.” At times, that’s hard to disagree with—far-left politicians run nearly every province in the country, and Trudeau’s federal government is determined to fork millions of Canadian taxpayer dollars to the international abortion industry to fund the procedure in the developing world—even where abortion remains illegal.

But it is also true that hard work is being done right across the country by dedicated men and women to fight for life, conscience rights, parental rights in education, and a free society.

That work often goes unnoticed, but let me provide you with four recent examples:

It is true that so-called “progressive” politicians across the country are pushing forward with their dangerous agendas, but it is equally true that there are some politicians willing to push back.

Rather than simply complaining about how terrible things are, it is our job to step up and support the politicians who are willing to defend fundamental rights in the face of smears and hostility, and work to get more such men and women into the halls of power. When they stand up for us, we must stand up for them so they will be encouraged to continue fighting.