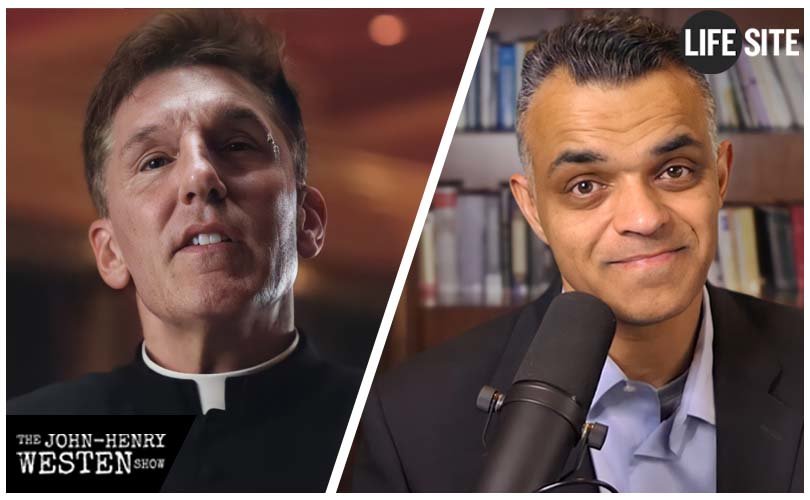 (LifeSiteNews) — Almost one year ago, I had the great pleasure to sit down with Father James Altman on my podcast. At the time, I asked him why he decided to speak out and what it’s meant to him to see so many Catholics rally behind him. I also asked him for his take on why so many Catholics have come to his support.

Praise God for Father Altman! His courageous decision to tell the truth about how Catholics cannot be Democrats has rallied thousands of faithful Catholics across not just the United States but the entire world.

Father said he didn’t set out with any real agenda in making his videos, but that he felt that the laity have been without leaders in the Church, and that he simply needed to speak the truth. He said many laity are at a breaking point and that shutting their churches down during COVID-19 was the last straw.

“They just finally got someone to actually say [what they are all thinking]. Everyone’s so chicken. They’re afraid of the persecution. Well, I don’t know. Maybe I’m just too naive or dumb.”

What many people may not know about Fr. Altman is that he was a lawyer before he became a priest. And it wasn’t until after he was 40 years old that he was ordained. He said he has a thick skin and that he had to feed his flock the “meat and potatoes” so they could be nourished.

“My own office got the most vile, despicable phone calls, letters. I got some terrible, really foul messages.”

Father pointed out that he was criticized by his bishop for his “manner and tone” but said that that irritated him because “what about the manner and tone of the 10,000 babies that are chopped up last Saturday?”

Father added that the groundswell of support he’s received is actually the voice of the people who want their bishops to speak in the manner and tone he has.

“If if I sounded angry, then every bishop in this country and around the world should get a clue that that’s the voice of the people…I’m only a reflection of their voice…And let me tell you, they are unhappy…In 2016, the people had it — they had it with the Democrats. They had it with the establishment Republicans. And finally, the voice of the people said there is somebody out there who is speaking to us and they elected [Donald Trump] president.”

“I didn’t say vote for this person or vote for that person,” Father continued. “All I said was, you can’t be you Catholic and be a Democrat. But then again, not too many years ago…[Tom] Perez, the DNC Chairman, said ‘you can’t be Democrat and be pro-life.’ So I think….did you just hand me [this] on a silver platter? Yes, you did! And so I said, well, you can’t be…Catholic and not be pro-life…the people that took offense are the ones that, well, think that it is okay to chop up 10,000 babies on a Saturday.”

On September 5, 2020, Bishop Joseph Strickland of Tyler, Texas expressed his support for Fr. Altman in a tweet: “As the Bishop of Tyler I endorse Fr. Altman’s statement in this video. My shame is that it has taken me so long. Thank you Fr Altman for your COURAGE. If you love Jesus & His Church & this nation…pleases [sic] HEED THIS MESSAGE.”

Father Altman told me that when he read that message he got “choked up” and that he was brought to tears because Bishop Strickland is a “humble” shepherd who speaks the truth.

I concluded our conversation by asking him what he would like to happen in the future. He said that he hopes his video “encourages other priests to step up to the plate and feed the people the truth” and to “give them the meat and the potatoes of the faith…we have faithful Catholics that that are entitled to the faith, deserve to hear the faith and deserve shepherds who will teach them.”