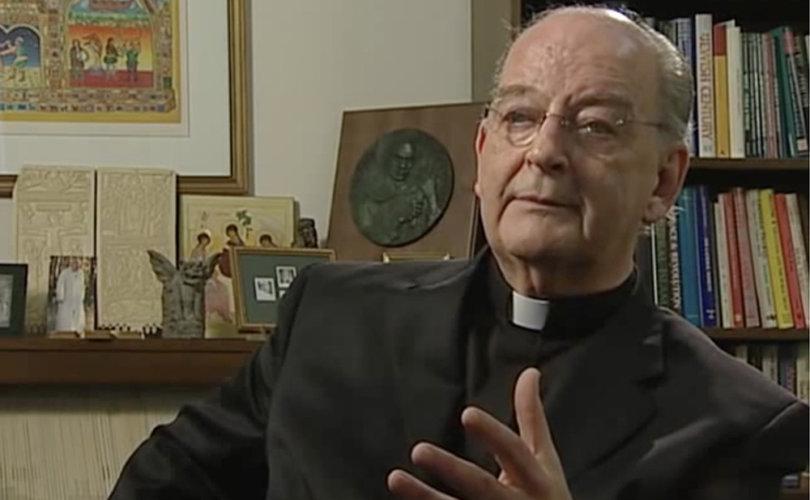 August 29, 2018, (LifeSiteNews) –Fr. Richard John Neuhaus, founder of First Things, prolific pro-life activist, renowned orator and intellectual giant passed away in January of 2009. One thing he was especially known for was his blunt, piercing articles on the Church sexual abuse crisis of 2002 and onwards. Neuhaus bore into areas the Catholic bishops refused to go, repeatedly and correctly naming the crisis as being one of homosexuality, a crisis of “grave negligence of bishops” and a crisis of widespread infidelity to Church teachings among the clergy. Finally, with the revelations about Cardinal McCarrick, the Pennsylvania grand jury report and Archbishop Vigano’s explosive letter, Neuhaus is being vindicated.

On the sexual abuse scandals, Fr. Neuhaus was by far the most honest of all prominent commentators. He called the bishops to serious account for their negligence and deadly refusal to acknowledge the real causes of the scandal. Neuhaus wrote a great deal about how this was threatening to destroy the Church in the West with consequent great loss to the entire culture.

Neuhaus stated in First Things “Some still complain that the entire crisis…was manufactured by the media and motivated by anti-Catholicism but without the deeper crisis of the infidelity and negligence of bishops, the media could not have produced the public and, consequently, episcopal sense of crisis. The scandal was in the chanceries, parishes, and seminaries before it was on the front page or television news. “

In his article, Scandal Time III, Neuhaus stated “Another name for the bishops’ zero tolerance policy (Dallas Charter) is scapegoating. In setting themselves against their priests, the bishops have turned themselves into assistant district attorneys…This is not ‘for the good of the Church’. This has nothing to do with ‘the protection of children and young people.’ This is panic and panic results in recklessness,” he warned.

Neuhaus continued, “The bishops have succeeded in scandalizing the faithful anew by adopting a thoroughly unbiblical, untraditional, and un-Catholic approach to sin and grace. …they end up adopting a policy that is sans repentance, sans conversion, sans forbearance, sans prudential judgment, sans forgiveness, sans almost anything one might have hoped for from bishops of the Church of Jesus Christ.”

The highly respected Catholic intellectual emphasized that the media did not make up this scandal and were rightly disappointed in the Dallas results. Neuhaus wrote “They (reporters) expected bishops… to do their job (at Dallas), to respond as bishops. Instead…there is the perception that they behaved more like Senators or CEOs engaged in damage control more than as moral teachers engaged in the gospel.”

What Neuhaus wrote above, as well as what you will additionally read below, could have been written yesterday. Neuhaus vociferously called things as he well knew they were. He was one of only a few fully honest voices. He was one of few who really cared for the victims and for the Church.

Although Nauhaus’ articles were widely read, they were not acted upon. The bishops circled the wagons and avoided confronting the real problems. No bishops resigned, no bishops were told to resign, no bishops were defrocked, the USCCB and their John Jay report refused to acknowledge the obvious homosexual nature of the predations and their own grave negligences that caused the problem to grow and fester as it did. They have boasted incessantly about their Dallas charter and new procedures while the homosexual network continued to thrive and infidelity among the clergy continued to grow. Today the Lavender Mafia appears to have even taken over the Vatican itself.

Let it be stated unambiguously: the leaders of the Catholic Church, meaning mainly the bishops, are responsible for the crisis and for the consequent frenzy.

The scandal is only very marginally about pedophilia. With very few exceptions, it is about adult men having sexual relations with adolescent and older teenage boys.

Homosexuality is very close to the center of the crisis. At the epicenter is the grave negligence of bishops. Not all bishops, to be sure, but too many. And, as in the case of Palm Beach, Florida, not only grave negligence but active complicity. Two months ago a lawyer and friend of the Church told me that before this is over we will see a bishop or two in jail. I thought that hyperbolic. Now I am not so sure.

The point is that this is a crisis, and this crisis must be permitted to do its work. That work involves scrupulous self-examination, candid confession, firm contrition, and believable amendment of life. And the doing of that hard work is chiefly up to the bishops. They are the ones who got us into this mess and, given what we believe is the divinely constituted structure of the Church, they are the ones who have to lead in getting us out. Faithful Catholics owe it to the Church and owe it to their bishops not to let them off the hook. In this instance, the virtue of docility includes a respect for bishops that requires recalling them to the duty and the dignity to which they were ordained. Too many of them have neglected that duty and debased that dignity.

At the epicenter of the continuing crisis is the simple, however difficult, virtue of fidelity. What is this crisis about? The answer is that this crisis is about three things: fidelity, fidelity, and fidelity. The fidelity of bishops and priests to the teaching of the Church and to their solemn vows; the fidelity of bishops in exercising oversight in ensuring obedience to that teaching and to those vows; and the fidelity of the lay faithful in holding bishops and priests accountable.

I have been told that the proposition is “controversial,” but I suggest it is almost embarrassingly self-evident: if bishops and priests had been faithful to the teaching of the Church and their sacred vows, there would be no scandal. Those who would confuse the subject reflexively reach for complexity. No, I am sorry, it is as simple as that. We are reaping the whirlwind of widespread infidelity.

It would be beneficial to read the entirety of Neuhaus’s series of three articles on the abuse crisis. Again, these apply very much to the situation of the Church today:

See many other past Fr. Neuhaus articles at
https://www.ratzingerfanclub.com/Neuhaus/

Catholics tell Cdl. Cupich: Clerical sex abuse ‘has everything to do with homosexuality’

Bishop: Sex abuse crisis is caused by lack of holiness, not lack of ‘policies’