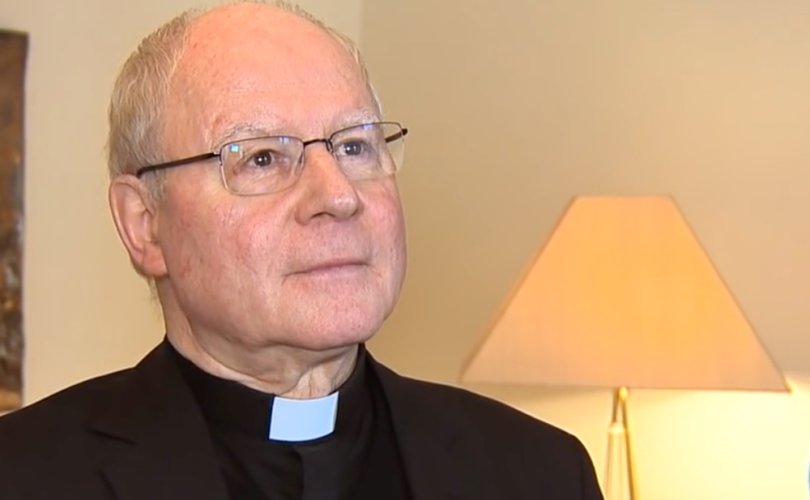 May 24, 2019 (LifeSiteNews) – In March 2019, after a delay of thirty minutes, an obviously exhausted Cardinal Reinhard Marx announced to the world that the German bishops, in the final minutes of their spring assembly, had “unanimously” approved a “synodal path” for revisiting the Church's teaching on sexual morality, clerical power, and celibacy. However, as LifeSiteNews then was already able to find out, that alleged unanimity was only due to the fact that several bishops had abstained from voting. One of them, as it turns out, was Bishop Konrad Zdarsa of Augsburg.

In recent weeks, both Cardinal Rainer Woelki and Bishop Rudolf Voderholzer, two other German prelates, have already signaled their own resistance against the German idea of reviewing the Church's teaching and discipline. Thus, we now have three German prelates who oppose the German “synodal path.”

Speaking with the Katholische Nachrichten-Agentur KNA, Bishop Zdarsa made it clear that he does not support the “synodal path.”

“I strongly reject the word 'synodal path',” he said.

Bishop Zdarsa called the expression itself a “tautology,” and then added: “I consider it to be label fraud.” When the interviewer asks the bishop “Why? After all, you have supported the decision,” Zdarsa answered: “No, I have visibly abstained from giving my vote during the vote on it [the synodal path] which was done, unfortunately, merely by hand.”

The German bishop, who originally comes from Dresden and grew up during the reign of Communism, rejects “this undisciplined chatter”, calling it “one of the greatest problems.”

On May 22, Zdarsa gave another interview, in which he sharply criticized the German feminist initiative “Maria 2.0” which is calling for female ordination and which called upon women to stay away from Mass on a particular Sunday. “He who calls upon others, and encourages them, to stay away on Sunday from the Eucharistic Lord's Supper, excludes himself de facto from the Eucharistic community and drags others along,” he told the German newspaper Die Tagespost.

“For this [initiative], there cannot exist any understanding on the part of the bishops, however well it is meant,” he concluded.

Bishop Zdarsa – who is known for his usual reticence and disinclination to participate in public debates – recently also told the public that the Church's adaptation to the “life realities” of the faithful might pertain to the “Mass schedule,” but not to the Church's morality and doctrine.

The German bishop was among the seven German prelates who, in 2018, opposed Cardinal Reinhard Marx' push for Communion for Protestant spouses of Catholics. It was Cardinal Marx who, in June of 2018, went to Pope Francis and received from him finally the permission to publish the controversial handout allowing this very practice which is, according to Cardinal Walter Brandmüller, against the Church's law.