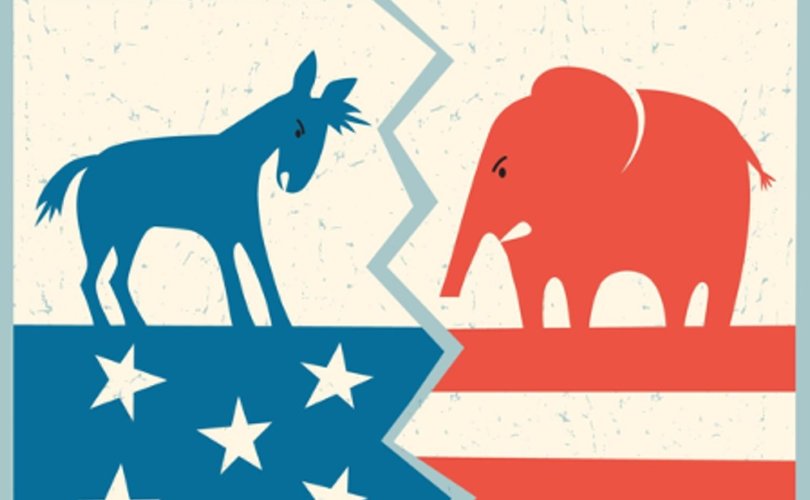 (LifeSiteNews) – America is just days away from voting to decide which party will control Congress and state governments for the next two years. In these confusing times, some voters may be looking for help in making sense out of all the dueling claims, fake news, and politicians who don’t always take the positions we might expect them to. Fortunately, we’re here to help.

At least that’s how it’s supposed to work. Politics being a messy business, primaries can yield nominees who are less than pure representations of the parties’ official platforms, and politicians campaigning in districts that lean toward the other side often take great care to obfuscate what they would actually do in office.

The first step, then, is to review what the candidates promise to do and compare it with their actual records. The good news is that there are scores of resources that make this easy. Catholic Business Journal has compiled a comprehensive list of voter guides from pro-life and pro-family organizations at both the national and state levels that track where candidates stand on all things relating to abortion, marriage, family, sex, and gender.

Moving on to other issues, from the economy and government spending to personal freedoms and foreign policy, Heritage Action and Conservative Review offer the most uncompromising scorecards available on how well current members of Congress are living up to conservative principles. And for anything the above resources may have missed, the nonpartisan Vote Smart offers an easily searchable database for political candidates’ official positions, voting records, endorsements, and how they rate in the eyes of interest groups on both sides of just about every issue.

Of course, there are some races where both candidates are objectionable. For many, such races come with a temptation to withhold a vote for the nominee of one’s own side, whether to punish the nominee for a heresy or to send a message to those responsible for someone the base doesn’t trust winning the nomination. This temptation can be powerful, especially amid ongoing tensions between a party’s grassroots and its establishment leaders. But it must be tempered by a sober assessment of the stakes in any given race.

That brings us to the next step: rationally assess the net impact on the public of either candidate winning. This is something a lot of people struggle with, from the NeverTrump movement of GOP establishment figures who refused to support the 45th president, to a handful of pro-Trump voices online threatening to boycott the 2024 election if Republicans nominate anyone else to become the 47th.

This is the wrong way to approach political choices. Voting is fundamentally not about the voter’s feelings or self-image, or about symbolism or making a statement, for the simple fact that an election’s outcome affects other people. Rather, it is about what happens to potentially millions of one’s fellow Americans — whether their freedoms expand or contract. How many children are legally killed before birth. How much money is taken out of paychecks. Whether job opportunities are allowed to grow or are suppressed. How safe communities are. The quality of (and alternatives to) schools. How many dangers of the world spill over into their country. And even whether the people will retain any means of reversing their government’s direction in later elections.

The weight of this calculus may vary based on several factors — for instance, whether enough legislative seats are in play to change majority leadership of a chamber, or whether a governor or president currently in power stands to capitalize on or be stymied by a change in who holds the legislative majority. So while all elections have ramifications for the public, those ramifications are not always going to be the same between, say, a gubernatorial race and a U.S. Senate contest between two problematic but still very different competitors.

As a general rule, those ramifications gain greater weight alongside the rising power of the office in question. Federal offices have higher stakes than state ones, Senate seats are arguably more consequential than House ones, and the presidency is the most consequential of all. That means that, with the White House not up for another two years, control of the Senate is the midterms’ biggest question.

Now, it’s true that without the House, the Senate can’t send legislation to the president’s desk. But it can confirm judges and executive-branch officials on its own, and the current crop of Democrat senators are poised to radically transform the chamber’s powers if they get just one or two more willing votes.

President Joe Biden recently said that if Democrats expand their Senate majority “the first bill that I will send to Congress will be to codify Roe v. Wade,” thereby undoing the pro-life movement’s greatest victory in half a century and forcing abortion-on-demand upon all 50 states once more. To do that, Democrats need to abolish the current filibuster rules requiring 60 votes to pass most legislation — and right now, only three moderate Democrats stand in their way.

If next month’s elections end with them keeping the House and expanding their Senate majority by at least three, expect them to act on their wildest dreams — forcing acceptance of not just abortion-on-demand but also same-sex “marriage” on the entire country, as well as new laws to protect the physical and mental mutilation of troubled children, force medical decisions on Americans under penalty of losing their jobs and access to society, and more.

Most significant of all is the possibility of new laws severely limiting states’ ability to set reasonable rules to ensure the reliability of their own elections, from requiring photo identification to limiting mail-in ballots. Passing one such bill was one of the first things Democrats tried to do upon taking power last year, and would surely be among their first orders of business after a successful November.

That, ultimately, must be the pro-life, pro-family, pro-liberty voters’ top priority on November 8: preserving Americans’ ability to decide the country’s future in elections after this one. A great deal of difficult work needs to be done in the coming years to heal the culture, retake the institutions, and transform the values, priorities, and leadership of the Republican establishment. But it all starts with saving free and fair elections from those who want to permanently rig the democratic process in their favor.