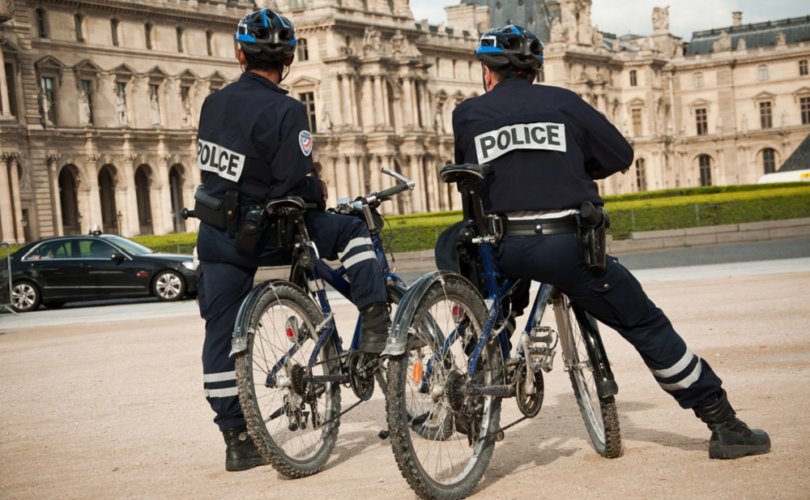 June 4, 2020 (LifeSiteNews) — A tracking app developed free of charge by major French industrial groups (Dassault, Orange, Capgemini…) in order to allow automatic contact tracing of people contaminated by the Chinese coronavirus was launched on Tuesday under the name StopCovid.

According to the French secretary of state for digital affairs, Cédric O, 600,000 smartphone users have already downloaded the app in less than 24 hours. It is available on Android and iOS systems.

StopCovid has raised a number of concerns regarding individual freedom and anonymity among both left-wing and right-wing citizens’ rights groups. After the National Commission for information technology and liberty (CNIL) greenlighted the app on the condition that it would respect user anonymity, the French Parliament adopted a text in favor of the app by a comfortable majority thanks to the vote of most of the République en Marche (LREM) presidential party. Both the right- and left-wing opposition voted against the text.

Five LREM members also voted against, accusing the app of being “dangerous” and “irreversible.”

StopCovid works with a centralized database under the authority of the Ministry of Health and the Direction générale de la santé (general health agency), which collects information from people who send a message when they have been tested positive for COVID-19 under an automatically generated pseudonym, which changes every day.

This message can be sent only after scanning a QR code delivered together with a printed document certifying that the patient has tested positive in order to avoid malevolent use of the system in order to saturate it with false positives or to force people to self-isolate until tested.

Using Bluetooth technology — and this means that for StopCovid to work, Bluetooth must be enabled, according to its developers — the app retains information about all contacts less than one meter away and for more than 15 minutes as listed through repeated messages exchanged by the smartphones of app users.

This would apply to time spent with friends, fellow travelers in the public transport system, people sitting at neighboring tables and bars and restaurants, churches, cinemas (which are to reopen soon in France), et cetera.

All these individuals, identified by their own automatically generated pseudonym, will then receive a notification that during the last 14 days, they were potentially close to an unidentified COVID-19 carrier and be invited to go to a testing center and to self-isolate if they are positive.

These steps are all voluntary: the app can be switched on and off at will or uninstalled. People who test positive transmit that information only if they want to. According to the app’s developers and the government, no one can identify people to receive a notification other than the potential recipients themselves.

The whole system is also based on voluntary participation. There is no official requirement to download the app, even for the use of particular facilities.

The decree allowing the use of data by StopCovid issued on May 30 also limited use of the app to up to six months after the end of the state of sanitary emergency, which is at present in force in France and will remain so at least until July 10.

Will the app be of any use? While the government insisted that it would be helpful as soon as people started using it, the general consensus is that it would take a download ratio of at least 60 percent of the population to be really efficient.

This won't be easy, according to Les Numériques, a consumer-rating website that tested the app and offered an initial assessment.

Indeed, 25 percent of the French do not own a smartphone, and that proportion is much higher (44 percent) among over-70s, who are most at risk from the Chinese coronavirus.

Les Numériques noted that the conditions for StopCovid’s future success are not there, “especially since the app has arrived at a moment when the slowing down of the epidemic seems to have been confirmed.”

To put it more abruptly: StopCovid is being set up at a time when the epidemic it is supposed to be tracing is disappearing from the scene, or at least the virus appears to have lost part of its lethality, as often happens with viral epidemics.

It might create a paradox, though: while there are fewer and fewer hospitalizations, and deaths are, thankfully, dwindling, accrued testing after months of minimal screening for the coronavirus due to government blocks at the height of the epidemic might reveal an increase in contaminated citizens, thereby justifying the extension of the state of emergency, requirements regarding masks and social distancing, and so on.

In practice, despite partial deconfinement since May 11, and wider deconfinement since June 1, the much announced “second wave” of contamination, hospitalization, and deaths has not occurred. But the development of StopCovid has been presented from the start as a necessary prerequisite. It was only because some technical issues had to be seen to that the app came out on June 2.

Large parts of the mainstream media, from national TV and the main commercial radio stations to major news websites, and Le Monde, touted as France’s “newspaper of reference,” are promoting StopCovid unashamedly, insisting that all privacy concerns and the fear of the surveillance state insidiously setting itself up are not in touch with reality.

However, other mainstream media are asking questions and pinpointing the weaknesses of an app that will transmit sensitive personal medical information to a central government server.

A mainstream computer and information technologies website, ZDnet, noted that users don't really have control over their own data and that these could be used for purposes other than contact tracing, either on the part of the government or for commercial uses.

This concern is in fact widely shared. The fact that a user’s identity is hidden behind a pseudonym is for instance considered not to be a guarantee, as those who download the app can be identified through their I.P. addresses.

A group of researchers and academics has listed its concerns about tracing systems, showing how undesired use may be made of medical information through clever use of dedicated smartphones by employers or insurance sellers to identify candidates or clients at risk of falling ill.

The group published a study that recalls that Bluetooth technology is vulnerable and can allow third parties to take control of electronic devices.

Another group, La Quadrature du Net, called StopCovid a freedom-destroying app that is “preparing the ground for acceptance of technopolice,” which already includes street cameras and drones. Is “facial recognition” next? they ask.

Computer technology has shown itself to be imperfect and hackable. The French government insists that there is no risk because we live in a “democratic society” where personal freedoms and privacy are guaranteed. But what would happen if the democratic society gave way to tyranny — as it has already been doing by imposing stringent control on law-abiding citizens because of COVID-19?

And how long does that which starts out in life as “voluntary” remain voluntary?

In the United States, an eminent professor of law, Ryan Calo, has already suggested that “privacy trade-offs” can be the price to pay to feel safe.

LifeSite has launched a petition against mandatory contact tracing and government surveillance for the coronavirus. Sign the petition here.