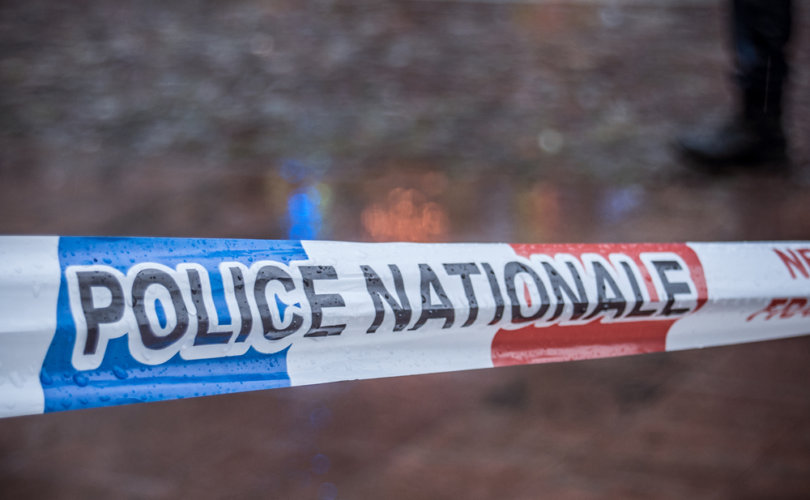 PARIS, France, January 7, 2021 (LifeSiteNews) — Police surveillance of the French population is set to increase as new measures quietly installed by the government last month were approved on Tuesday by the Council of State, the highest administrative court that has the power of assessing the legality of decisions made by the administration.

The new dispositions were published discreetly on December 2 with the signatures of prime minister Jean Castex and interior minister Gérald Darmanin. The next day, an internet news outlet specialized in digital news and new technologies exposed the move, revealing that under the government decrees, population surveillance records set up by law enforcement bodies may include information regarding “political opinions, philosophical and religious beliefs, or trade union membership.”

Surveillance records may now also include “health data that reveal particular danger,” such as mental health problems or psychiatric internment.

The decrees modified existing dispositions by allowing surveillance records to extend to groups and associations: “legal entities” as opposed to individuals who to date were the only people on whom “files” could legally by started.

These government measures are executive decisions over which Parliament has no control and is not consulted. For the French, they came out of the blue at a point in time when the government and the presidential party “La République en marche” were facing demonstrations against a “global security law” presently still under discussion. The draft law aims to allow private agencies to carry out police missions, as well as drone surveillance, and would prohibit citizens from posting footage showing identifiable law enforcement personnel online.

Contrary to the proposed security law, the government decrees published on December 2 cannot be opposed or discussed by the political representation and civil society. Their only option was to take the texts to the Council of State.

Left-wing entities such as Amnesty International, the communist labor union CGT and other trade unions, as well as left-wing media criticized the decrees for having shifted and enlarged the rights of the police. Activities of the historic “Renseignements généraux” — the French equivalent of the “Special Branch” — which kept voluminous (and sometimes frankly fanciful) data files about political activists and opponents as well as potential terrorists were so decried that the body was dissolved in 2008, to be replaced by a new entity that also absorbed the “DST” or counter-espionage agency.

Surveillance has continued in a different form, not always with success as regards Islamic terrorism, as supposedly dangerous individuals with special “S” files have been able, over the years, to participate in deadly attacks.

The fight against terrorism is certainly one of the aims of the controversial government decrees, but under cover of security, personal beliefs, convictions, health data covered by medical confidentiality and mere “opinions” are now susceptible of being filed by law enforcement bodies, while until now only “activities” posing a threat to public security could be registered.

In other words, only active “radicals” could in principle be identified, registered and monitored. Now, professing certain beliefs (Islamic, but also Christian or Catholic) or political preferences (such as monarchism or anti-LGBT convictions, in theory), allows the French police or “gendarmes” to gather and keep information for future use and ongoing surveillance of individuals and groups.

— Article continues below Petition —
SIGN: Join petition calling for a stop to COVID vaccine testing in Europe
Show Petition Text
16531 have signed the petition.
Let's get to 17500!
Thank you for signing this petition!
Add your signature:
Show Petition Text

Such surveillance involves monitoring internet and social media use, including the collecting of posted images and comments under aliases. The use of artificial intelligence to collect such information is implicitly permitted. The long list of collectible data includes personal photographs (not excluding facial recognition, according to some critics), all manner of identifying information regarding personal documents, home addresses, family status (including information about minor children), sporting activities, behavior and life habits, nationality, social status, addictions … And, of course, “religious practice and habits.”

Interestingly, a person’s gender, “sexual orientation,” race and ethnicity are not included in this seemingly exhaustive list.

Official police files will also be permitted to contain complete information — and individual files — about people having had “direct and non-fortuitous” contact with registered individuals and groups. To date, such information was very limited and would be registered in “dangerous individuals” personal files.

The decree is in fact so widely worded that very large numbers of individuals and groups could be subject to very detailed surveillance without any judiciary control whatsoever, especially in a context where the French Republic has opted for strenuous defense of the culture of death and is at the same time tightening control of education and home-schooling.

Besides several trade unions and syndicates, two Christian groups decided to take the decrees to the Council of State in order to obtain their “suspension” through an emergency procedure. Both “VIA,” formerly known as the Christian Democrat Party (PCD) presided by Jean-Frédéric Poisson, a former presidential candidate in the most recent election that saw Emmanuel Macron ascend to power, and the Fondation de Service politique which stands for Christian and conservative values, underscored the grave derogations to human rights and individual fundamental liberties that the decrees will allow.

The right not to be in any way subject to “interference because of one’s opinions, even religious opinions” was in particular enshrined in France’s “Universal declaration of human rights” in 1789 (although that did not prevent the French Revolution from persecuting Catholics and mass-killing priests and religious).

The Council of State published its decision rejecting all emergency recourses against the decrees on January 4, including those of VIA and the Fondation de Service politique. The interim relief judge observed that while the filing of political opinions, religious beliefs and trade union membership had not been previously submitted to the special digital liberties commission (CNIL), this was not a problem in his view as it is “coherent” existing surveillance of such “activities,” which is “legal.”

But actions are actions: surveilling opinions is based on “presuppositions,” VIA-leader Jean-Frédéric Poisson commented on Wednesday. The decrees would allow the state to collect data about the opinions of citizens who would be considered as “a priori” threatening public security.

Nor did the judge find the wording of the decrees too wide: reserving this surveillance to persons and groups who pose a danger to public security and the safety of the State is safeguard enough, he wrote.

It later emerged that the said interim relief judge, Mathieu Herondart, was the cabinet director of a former justice minister under Emmanuel Macron, Nicole Belloubet, from 2017 to 2020.

Both Jean-Frédéric Poisson and the Fondation de service politique have announced that they will take the affair to the European Court of Human Rights.