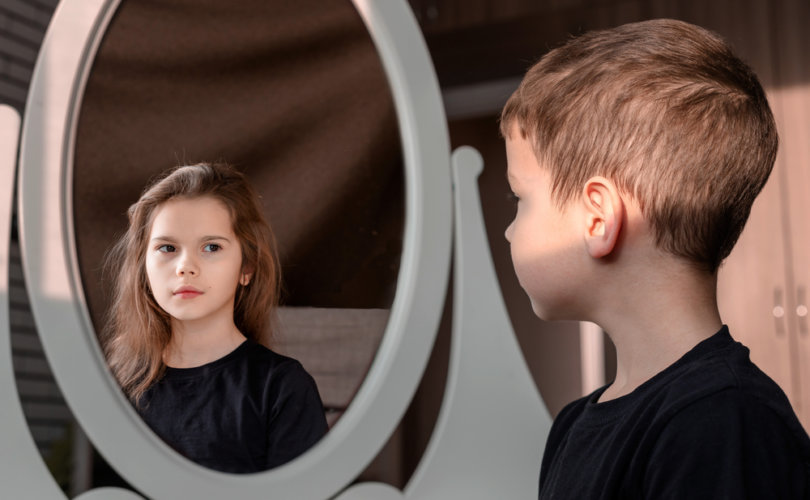 (LifeSiteNews) — While progressive elites in North America have accepted the diktats of gender ideology as dogma, Europeans appear far more willing to push back. In the U.K., the High Court ruled that minors could not consent to puberty blockers — that case was recently overturned by an appeals court but will likely end up at the Supreme Court. Finland’s medical guidelines are almost entirely opposed to puberty blockers and sex changes for minors. And as I’ve noted before in this space, a prominent Swedish hospital has also ended the use of puberty blockers.

French clinicians are also now taking a stand. In an open letter published four days ago on the L’Express website (and covered almost nowhere in the international press), over fifty medical professionals and prominent academics, including doctors, legal experts, educational experts, philosophers, sociologists, psychiatrists, judges, and psychoanalysts excoriated transgender ideology and condemned “sex reassignment” in children. Published in association with the Observatory of Ideological Discourses on Children and Adolescents, the letter is worth reading in full:

We can no longer remain silent about what appears to us to be a serious drift committed in the name of the emancipation of the “transgender child” (the one who declares that he was not born in the “right body”). Radical discourses legitimise requests for sex change on the basis of feelings alone, which are set up as the truth. But this is at the cost of lifelong medical or even surgical treatment (removal of breasts or testicles) on the bodies of children or adolescents. It is this phenomenon and its high media profile that concerns us, not the choices of transgender adults.

Perhaps thinking it might provide an answer, the Scottish Government has issued new LGBT inclusion guidelines since 12 August, under which children from primary school age will be able to change their names and gender at school without their parents’ consent. Without their consent and even without their parents being informed if the child requests it.

Children are made to believe that a girl could become a boy and vice versa because they have decided to do so without the advice of adults, and this is happening at an increasingly young age.

What is happening in our neighbouring countries could very quickly happen in France: the protean diffusion of these beliefs has resulted in a considerable inflation of requests for sex changes among children and more particularly among teenage girls in recent years. According to Jean Chambry, a child psychiatrist in charge of the CIAPA (Centre Intersectoriel d’Accueil pour Adolescent) in Paris, nearly ten years ago there were about ten requests per year; in 2020, there will be ten requests per month (only for the Ile-de-France region). He talks about a worrying acceleration in medical responses to these transitional requests.

Trivialised speeches claim that we could do without the biological reality, the sexual difference between men and women, in favour of chosen singularities based solely on “feelings”. These misleading ideological discourses are transmitted on social networks where many teenagers with identity problems come to seek solutions to their malaise. In the name of “self-determination” – a slogan that appeals to all progressives — children and teenagers are convinced that they can change their sex with the help of hormone treatments or even mutilating surgery. This rhetoric, spread by activists in many Western countries, uses fallacies designed to deceive.

How did we get here? And do we (still) have the right to react without being insulted or threatened? How can these rights to self-determination be a fulfilling progress? This phenomenon, the “transgender child”, is in reality a contemporary mystification that must be vigorously denounced because it is a matter of ideological embrigadement. They would have us believe that, in the name of the well-being and freedom of each individual, a child, freed from the agreement of its “reactionary” parents, would be able to “choose” its so-called gendered identity.

But the child is a being under construction, his or her future is in constant evolution before reaching a stage of maturity. Neuroscientists, developmentalists, psychoanalysts, child psychiatrists, paediatricians and all specialists in early childhood are unanimous on this subject.

The child, and even more so the adolescent, is subjected to a hold which leads to mental destabilisation, a break with the family if it does not support the child and with all those who refuse to share its point of view. This hold generates an anti-social and accusatory discourse, a specific idiom or even a novlanguage is imposed on those around them. The discourse of these young people is often stereotyped as if they had lost all critical thinking (which is a characteristic of the hold).

We denounce this abduction of childhood. It is now urgent to inform as many citizens as possible, of all professions, of all sides, of all ages, about what could well appear tomorrow as one of the greatest health and ethical scandals, which we would have watched happen without saying a word: the commodification of children’s bodies. For by persuading these children that they have been “assigned” a sex at birth, and that they can freely change it, they are made lifelong patients: lifelong consumers of hormonal chemicals marketed by pharmaceutical companies, recurrent consumers of ever more surgical operations in the pursuit of the chimerical dream of a fantasy body. At present, countries that were in favour of medical transition before the age of majority are banning hormone treatments for minors (Sweden, the United Kingdom and some states in the USA …).

This dogmatism leads to great confusion so that no one knows how to act and raise their voice, often for fear of certain LGBTQI+ associations. But this acronym covers very different people, some of whom, like us, are worried about the current drifts. Some are subject to the law of silence that reigns in this environment. The Swedish documentary Trans train shows that young adults, left to their own devices and threatened if they speak out publicly, have been pressured by their trans community if they have expressed doubts or “detransitioned.”

Confusion reigns, largely maintained for the purpose of manipulating humanity in its deepest substratum: its evolution, its temporality, its wanderings and its doubts. In the name of rejecting a supposed gender assignment, we are in the process of witnessing, embarrassed, without understanding anything, an identity assignment. Thus Claude from the Club des cinq, once described as a tomboy, is now presented as transgender. We could laugh about it if it weren’t symptomatic of our era, which is struck by political radicalisms that pre-empt all debate.

No, in the name of protecting children we can no longer remain silent! We refuse to accept that, in the name of “human rights”, we should challenge this common base — the universalism of rights — which constitutes the foundation of humanity.

Take a moment to peruse the full list of signatories at the end of the letter. These are not the reactionary right-wingers the American and Canadian press like to warn about. These are simply clear-eyed people who are watching with horror a generation of children being used as guinea pigs by a radical movement. It is incredibly encouraging to see so many European voices being lifted in defense of children, and I pray that their collective chorus will be heeded in time for many children to be spared this cruelty dressed up as compassion.