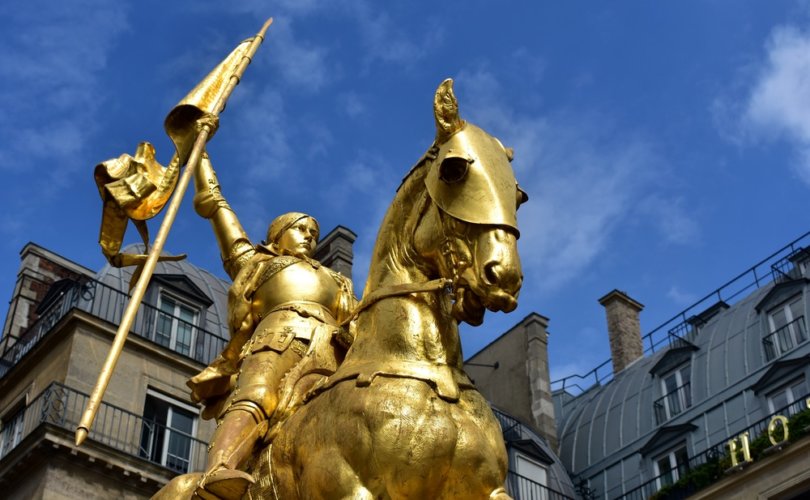 November 24, 2020 (LifeSiteNews) – It’s easy to understand some of the poor decisions that were reached in the first months of the outbreak of COVID-19. We did not know how harmful it would be or how quickly it would spread, and whether our medical facilities would be overwhelmed. However, as time passed, and the statistics became better known, we came to see quite clearly—or I should say, anyone who took a few moments to step past the Pravda-like unified mainstream media narrative—that we are dealing with something like a severe flu season, comparable to many other epidemics that have come and gone in the past. COVID-19 is a disease with a low fatality rate if one removes cases of co-morbidities. Therefore, even if we are willing to forgive Lockdown 1.0 as the panicked reaction of the unprepared, the same spirit should not extent to the cold calculation behind Lockdown 2.0, which is well under way in a number of European countries and now in some American dioceses.

Bishops have the God-given responsibility to apply their reason to evaluate the seriousness of the risks while at the same time preserving and promoting the essential goods of Christian life, which include liturgical worship and reception of sacraments. These are not only indispensable for the sanctification of individuals, which is reason enough to uphold them, come what may; they are also necessary for beseeching divine assistance and pardon. It would require a great deal more danger than anything we have seen to make long-standing restrictions on worship and sacraments legitimate; nothing could warrant their simple cancellation. It is unjust, tout court, for churches to be shut against the faithful, for public Masses to be eliminated, for Confessions or extreme unction to be lessened or unavailable, for Adoration to be suspended, and so forth. So much has been written on this subject that further commentary is not necessary here.

Rather, what I wish to emphasize is the need for Catholics, both laity and clergy, to move into a more decisive phase of resistance against unjust determinations of either temporal or eccelsiastical authority. The tumultuous history after the Second Vatican Council offers us models. In an interview soon to appear at Rorate Caeli, Christian Marquant, the head of Paix Liturgique, speaks of two that occurred in France:

Catholic resistance had not been completely asphyxiated—but that was no reason for its opponents to stop their persecutions. Everywhere, by calumny or even by force, they did all in their power to prevent Masses, catechisms, schools. Paradoxically, and contrary to every Vatican II principle of promoting the laity, this will to eradicate came from the clergy and attacked the people. Indeed, historians and sociologists have noted that the refusal of conciliar novelties was an essentially lay and popular phenomenon. The Catholic people was not taking it lying down. Two important popular events shook the Church of France during this time: first, in 1977, the storming of Saint Nicolas du Chardonnet by a crowd of Parisian faithful following Msgr. Ducaud-Bourget; they were sick and tired of attending Mass in rented halls. Later, near Versailles in 1987, there was the reaction of the parishioners at Saint Louis du Port Marly who refused allow their community to be killed: they had been kicked out of their church, its doors had been walled up . . . and they simply kicked down the doors to move back in.

The latter event in particular deserves to be better known among Catholics everywhere. A Catholic parish in Port Marly, twenty miles from Paris, had maintained the Latin Mass after Vatican II. When the parish priest died, the bishop attempted to impose the new Mass in French. The people occupied the church, refused to welcome the new pastor, and maintained a priest of their own to continue the traditional Mass. The bishop retaliated by having 50 police officers come and take back the church, clubbing and dragging out men, women, and children from the pews. The police then sealed the doors of the church with cemented cinder blocks.

Two weeks later, for Palm Sunday of 1987, 3,000 traditionalists came back to the church in procession. A group of laymen with a battering ram shattered through the cinder blocks and the faithful took possession of the church. “If the police come to evict us again,” said Francis Tommy-Martin, on guard duty in the church, “we can have more than 500 people in the streets in less than an hour.” In spite of a continually rocky relationship with the local Diocese of Versailles, the traditional community in Port Marly remained steady to the present, and, in more recent years, was established as a parish under the care of the Institute of Christ the King Sovereign Priest.

Here is the full video of that memorable Palm Sunday in 1987. The segment during which the procession reaches the church and the battering ram brings down the blocked entrances can be seen here:

This video is a reminder of how bad things had become in France (and nearly everywhere else except, perhaps, Campos, Brazil) after the Second Vatican Council — and of the courage and strength of loyal resistance. Just as the loyal Catholics of the Vendée opposed the Revolution in France, so loyal French Catholics resisted the “revolution in tiara and cope”; and so must we do in our day. The COVID-1984 scamdemic has caught us quite unprepared for the rapid power-grab of civil and ecclesiastical authorities, who recognized a golden opportunity to overcome nascent populism and traditionalism. We will need to learn quickly, and implement fearlessly, the more down-to-earth methods of those who have succeeded in the past against all odds.