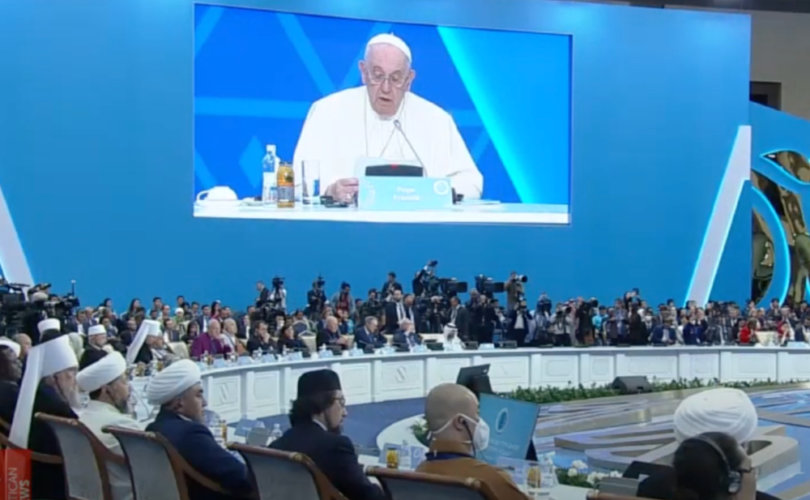 (LifeSiteNews) — Today is Day 4 of our Fall –  25 Years: A Legacy of Life Campaign. Please donate by clicking here.

On Thursday, we listed the many different departments, people, skills and outside resources needed for our website and the articles and videos that our now almost 70-person team produces, publishes, and emails for you to read every day.

The list was provided because I know very few people who read LifeSite are aware of how huge and complex that on-going task is. That is also why LifeSite requires substantial financial support and why our campaign goal this time is a minimum of $500,000. In reality, it is not that much compared to what any other media operation that reaches many millions of people around the world would normally cost.

Therefore, we really hope you can pitch in and make a generous donation today by clicking here so that we don’t have to be overly preoccupied with financial concerns and can therefore do the very best job for you in producing the news and information that you need to know.

LifeSite has had a unique pro-life, pro-family, global perspective from its very beginning. That is because Canada’s Campaign Life Coalition, our parent organization, was among the very first few pro-life organizations in the world to understand that abortion and the entire culture of death was being driven by a centuries-old global depopulation, anti-God, New World Order agenda.

Most pro-lifers have been fighting abortion year after year without knowing that it was only one symptom of a much larger campaign driven by powerful, wealthy global elites. They are the people we most need to expose and deal with, and we need to understand the connections between the many issues that are involved in this demonic attack on life and family and against God Himself.

COVID and all the COVID mandates, the sexual revolution, the Great Reset, Build Back Better, the new global digital identity and digital currency systems, the takeover of the Vatican by globalists, the bizarre 7th Congress of Leaders of World and Traditional Religions in Kazakhstan at which Pope Francis spoke on Thursday, and much, much more, are ALL very much part of this globalist movement that LifeSite has been reporting on during its full 25-year history.

We specialize in helping our readers to understand the “Big Picture” of all these connections and what we, and many heroic persons we report on, can and should do about them, while also still reporting on the usual and still very necessary pro-life work being done by many activists in pro-life groups around the world.

A 1995 article written by John-Henry Westen, Sustainable development conference speaker called for 90% reduction in world population, for CLC’s national newspaper, The Interim, did not get the large attention it should have gotten because hardly anyone believed that they could take seriously that stated goal of the speaker at this major event in San Francisco. John-Henry and I have never forgotten that conference and article. I urge you to read it.

In the past few years, especially related to the Great Reset and today’s extreme environmental movement, we have been reporting globalist elites being more openly serious about the alleged need to dramatically reduce world population, with some actually mentioning the 90% figure as an ideal world population level to prevent alleged global warming and other alleged extreme environmental harm. I use the word “alleged” deliberately because it is all bunk and easily proven to not be true. We have published numerous articles that prove the associated fraud and contrived hysteria.

I am sure you don’t realize it, but almost all of our articles have been interconnected into this Big Picture anti-life, anti-family, depopulation, New World Order effort as we have been trying to help our readers understand what is really happening in the world, their nation and in their communities related to this agenda that has been ramping up for decades.

My son Paul Jalsevac, for his final thesis for graduation from Christendom College in Front Royal, Virginia, researched and composed a paper called The Inherent Racism of population control. His professors were so impressed with the paper that they urged him to publish it. After graduation he worked for CLC for a while, further edited his thesis, and we published what became our most popular downloaded document of all time that was used by school teachers, students, pro-life groups and others as an especially handy and useful resource on population control.

Almost all the major news stories that we report these days are in some way related to depopulation and its related New World Order. That is, it is no longer just about “population control.” The globalists want to greatly depopulate the planet and we must oppose them with all the strength, resources and prayer that we can manage. Do not believe anything they say that supports the alleged need for massive depopulation. We arm you with the facts to do this.

I could go on at length on this core LifeSite issue but let me finish for today with a list of articles from just the past two days that I assure you are ALL related to the depopulation/New World Order agenda. It may surprise you. Think about it.

And also, PLEASE think about the enormous amount of research, writing and other work that the LifeSite team engages in every day to present this crucial information to the world. It is often exhausting, demanding work, but we all love doing it. We have a passion for it because we know how incredibly necessary it is.

Please donate whatever you can towards our Fall Campaign goal.

Ukraine plots partnership with Big Tech, a cashless society, and the use of AI to assess criminals

Pope refuses to defend Cdl. Zen ahead of trial in Communist China, calls for ‘dialogue’