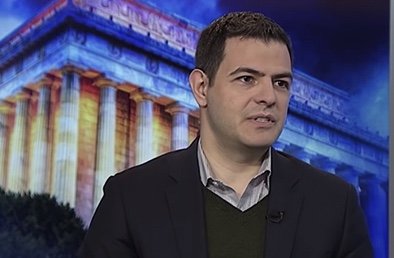 August 15, 2019 (LifeSiteNews) – I have just finished reading Sohrab Ahmari’s From Fire by Water (Ignatius, 2019), an engaging, perceptive, and edifying account of his spiritual and intellectual journey from a not-very observant Islamic early childhood, to Catholicism, with a lot of secular modern allegiances in between.

Ahmari was born in Iran to a secularized, middle class, intellectual family. Having some access to American culture, especially films, Ahmari was thoroughly seduced by the American way of life before he had any personal contact with it. When he and his mother managed to emigrate to America when he was 13, the reality of a financially precarious life in rural Utah was a letdown. He was a precocious reader and in time discovered Nietzsche and the Existentialists, drifting into Trotskyite Communism and then Post Modernism as he passed through college.

From the perspective of Iran, America represented freedom, prosperity, and entertainment, in contrast to Islamic religiosity and prohibitions, which were tempered only by corruption. When the American Dream failed to materialize in the way he had hoped and expected, Ahmari was attracted to ideologies that attempted to explain what was wrong with American society, and to subvert it.

The experience, after college, of teaching in deprived areas, however, confronted him with the complete failure of approaches to social problems proposed by the anti-traditional left. Nowhere is this clearer than in education, where Ahmari was deeply impressed by a Jewish colleague who refused to award high grades to undeserving pupils, instead putting in heroic hours to bring his charges up to scratch. The success, and indeed popularity with the pupils themselves, of this old-fashioned approach, of making big demands on the children but also of giving them the means to meet those demands, is not directly connected with a belief in God or any very specific set of conservative values, but it does assume that there is an objective truth, an objective value in seeking and embracing that truth, and an objective virtue of intellectual excellence. These are three massive bombs under the Existentialist and Post Modernist ideas that had won Ahmari good grades throughout his college studies, and led to him embracing conservatism.

He was still far from religious at this time, but he records a remarkable series of religious experiences between his college years and his eventual baptism. The first was his reading the Gospel of Matthew, on a whim, while at college. He had had very little real contact with Christian literature or thought, and the Gospel made a profound impression on him: it was something that, if he could not accept, he had at least to take seriously.

Later, while he was teaching, at a moment when he was feeling particularly at a loss, he wandered into a celebration of Mass. There was nothing (on his telling) about this particular Mass that was very special, but it was the occasion for him for a profound emotional and spiritual experience: in the turmoil of his recent experiences, and of his life as a whole, he felt an overwhelming sense of peace at the Consecration, which even brought him to tears.

This wasn’t enough to bring him into the Church. Years had to pass during which his emotions and imagination were ready for baptism, but his intellect was not. During this last phase, Ahmari worked in London as a journalist and became friendly with an Evangelical Anglican who encouraged him to attend services at London’s most famous Evangelical church, Holy Trinity Brompton, ‘HTB’.

Given his personal situation, this was never going to be a fruitful way forward. Ahmari was by now intrigued and consoled by classical Christian culture, which HTB was unable to offer him. What he needed was an intellectual conversion, which HTB was also unable to offer him. Instead, it offers an emotional “personal commitment” to God, pumped up on schmaltzy hymns and self-affirming preaching.

One Sunday, walking to HTB, he noticed a sign for Mass at the Brompton Oratory. This vast, Italianate Catholic church, is situated right next to HTB. Ahmari decided to give it a go, and was again overwhelmed by the liturgy: this being one of the “highest” Mass — with clouds of incense, Latin (Novus Ordo), and a world-class choir — that is available anywhere in the world. The next day he booked himself in for “instruction” to be baptized there. He was given exactly what he wanted and needed: a methodical and rigorous theological preparation, with a priest well known to me and no doubt many English Catholic readers, referred to as ‘Fr R.C.J.’.

Sohrab Ahmari is today rapidly gaining fame as a Catholic intellectual, with something of an outsider’s insight into the travails of the West, and a sharp pen. His account of his meandering intellectual and spiritual journey is a fascinating tour of many of the stopping places of intellectually-minded young men, which will help readers to understand what is attractive about them, as well as why they fail. His ultimate conversion is a testament to the mercy of God, and to the role of culture and the liturgy as means of His grace, even to those far from Him.