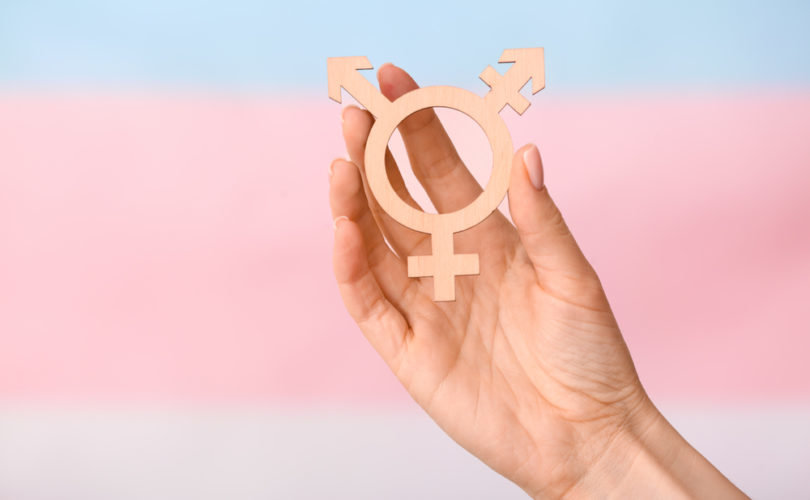 April 1, 2021 (LifeSiteNews) — We live in one of those unique periods in history where we can actually watch truth get openly demolished and replaced in real time. Earlier this week, I noted that the New York Times is pushing trans propaganda in their headlines, simply presuming that the discussion about sex and gender is over in order to make it so.

CNN took it even further this Wednesday in their own attempt to push back at laws designed to protect women’s sports, with news reporter Devan Cole inserting this paragraph into his coverage: “It’s not possible to know a person’s gender identity at birth, and there is no consensus criteria for assigning sex at birth.” No consensus criteria? Other than observing the presence of a penis or a vagina? This is stuff from Orwell’s Ministry of Truth — but far, far more brazen.

A couple of years ago, I was certain that the transgender craze had an expiration date. Unlike other manifestations of the sexual revolution, like the redefinition of marriage, gender ideology simply required too great a suspension of belief to gain cultural dominance. The dozens of genders? Phrases like “her penis” and “his breasts”? Activists and academics might believe this, sure — but most ordinary people would not.

But between the entertainment industry’s drive to normalize transgenderism, the media’s insistence on pretending that this is what we’ve believed all along, and the total takeover of public schools and even many private schools, it appears that this movement may be more successful than I thought. I underestimated their ability to take over many of the ways we receive and process information.

Let me give you another, particularly sinister example. We already know that Twitter has gotten in line, booting feminists and other heretics off their platform for violating trans orthodoxy. Amazon has made moves to eliminate dissident books like Ryan T. Anderson’s When Harry Became Sally. People reminding us that this is nuts are being evicted from the digital public square; books explaining why we’re going crazy are getting the digital version of burning.

And now Google, one of the most powerful companies in the world — which controls, in many ways, how people view the world by dictating what information shows up when the search for something — is making moves to ensure that transgender orthodoxy is seen as the truth. If you Google the phrase “biological sex,” here are the first results you will get:

Virtually every search result gives you the impression that the trans movement is rooted in solid science; that gender and sex are utterly disconnected; that men can have vaginas and women can have penises. Bruce is Caitlin, Ellen is Elliot, and here is Planned Parenthood, which is currently making a killing selling hormone drugs to gender-confused girls, to tell you so.

If you want to find the truth — which is still available, for now — you’ll have to dig for it. The trans movement has not totally hijacked government, although Biden is utterly willing to do their entire bidding. But they don’t need government to colonize the culture — they need the corporations. With Google, the media, Big Tech, Hollywood, Amazon, and the education system doing their bidding, it is only a matter of time before state laws protecting girls’ sports seem insane, like segregating water fountains (a false analogy so relentlessly used it is accepted as valid by most.)

Orwell’s Ministry of Truth stuck to retelling history to suit current purposes. The Trans Ministry of Truth is more ambitious — it is redefining what it means to be human, and telling us not to believe our own eyes. Their success thus far is as incredible as it is terrifying.