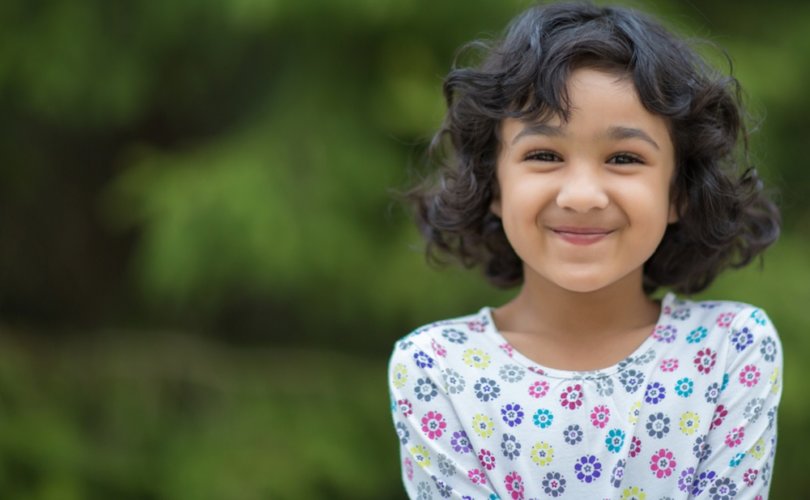 August 28, 2020 (LifeSiteNews) — The abortion industry continues to be a devastating tool of gendercide resulting in the destruction of millions of baby girls worldwide. According to a report in The Guardian this week, there will be an estimated 6.8 million “fewer female births” recorded across India by 2030. Researchers believe that this is due to the widespread use of sex-selection abortion.

Academics from King Abdullah University of Science and Technology in Saudi Arabia projected the sex ratio at birth in 29 Indian states and union territories, covering almost the entire population, taking into account each state’s desired sex ratio at birth and the population’s fertility rates. The cultural preference for a son was found to be highest in 17 states in the north of the country, with the most populous state of Uttar Pradesh showing the highest deficit in female births. Researchers predict that the cumulative number of missing female births in the state would be 2 million between 2017 and 2030.

The study was published in the journal Plos One and advocated the introduction of policies that “advocate for gender equity and the introduction of support measures to counteract existing gender biases.” While the Indian government banned the practice of determining the sex of pre-born children with the exception of medical necessity in 1994 with the Pre-Conception and Pre-Natal Diagnostic Techniques Act, researchers estimate that sex-selective abortion has resulted in 63 million fewer women being born since the tests first became popular fifty years ago. In many places, the laws have not been enforced, and the skewed ratio of male to female births has grown starker.

Indian police regularly arrest gangs who offer tests to pregnant women, often charging up to £400. The arrests usually follow a tipoff or the use of a pregnant woman as a decoy[.] … The government, voluntary organisations, the media and some Bollywood stars have all tried to alter these attitudes, and in some states government officials visit the homes where baby girls have been born to make a point of celebrating their arrival. In Sikar, Saxena said the department was this week launching a new scheme where the name of the girl in the family will be engraved on a nameplate and hung outside the house to show that she has as much importance as a boy. Sikar had the worst child sex ratio of Rajasthan’s 33 districts, according to the 2011 census — 888 girls born per 1,000 boys.

Despite these measures, India has made no move toward criminalizing abortion itself. Abortion has been legal since 1971 for the first twenty weeks of pregnancy for virtually any reason, and the abortion rate in India is staggeringly high.

One of the reasons for this, according to Franco, is that the abortion industry is big money in India. “India has been a hot spot for abortion providers since 1930s, when Margaret Sanger came to India to set up birth control clinics and returned to Mumbai again in the 1950s to establish IPPF with Dhanavanthi Rama Rau,” she explained. “The total market for abortion pills alone in India is around Rs. 400 crore (4,000,000,000,000 INR is equal to half a billion US dollars).”

The result of all of this is that baby girls are disproportionately likely to die in the carnage, and according to the U.N. Population Fund, between 1.2 and 1.5 pre-born girls are killed via sex-selective abortion (with India and China making up more than 90% of that number.) A procedure trumpeted as a tool of female empowerment has become the primary method of destroying tiny females in unprecedented and horrifying numbers.