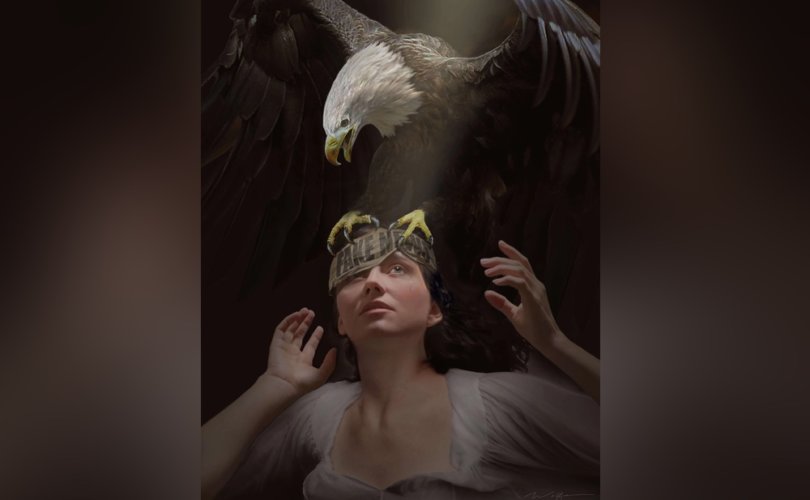 November 30, 2020 (LifeSiteNews) – On Saturday, Lt. General Michael Flynn gave his first interview since he was pardoned by President Donald Trump on Wednesday, November 25, the day before Thanksgiving.

He appeared on Christian evangelist Brannon Howse’s Worldview Weekend show. (If you’re wondering why he didn’t, say, go on Fox News instead, you haven’t been paying attention.)

The general, who spent the last four years fighting his unjust prosecution by Obama administration operatives, said America is “going through a crucible of history” that will determine whether it survives as a free nation or becomes something “unrecognizable.”

“What’s happening in this country should never happen, and there’s no doubt in my mind we are going through a crucible of history, and if we don’t correct what it is that’s happening in the next couple of weeks, then I hate to really even think what will happen in our country going forward into the latter part of December and certainly into the next month,” Flynn noted. “This is the greatest fraud that has ever been seen in our history.”

The social media platforms and the mainstream media are complicit in the fraud, he went on to point out, because they simply refuse to cover the evidence that is coming out. “I cannot believe the media … and the censorship that is going on,” Flynn said. “The only way the president has to communicate is through social media. Look at what Twitter is doing to the President of the United States. This is an abomination of the First Amendment.”

“We’re in this sort of period of information warfare that is unprecedented,” he went on. “I’m going to stand on my box here and say the President of the United States of America is being censored by U.S. companies. Think about that. I’m at a loss when I think about that. At a certain point in time, that has to stop being allowed. When a company says, ‘what you just said, Mr. President, is not totally the truth’ or there’s fraud involved here or fraud hasn’t been proven, I mean, how dare they do that to the President of the United States … he’s not going to get a fair shot going out to the mainstream media crowd.”

Flynn said the media don’t have to like Trump, but they should respect him as president because “he represents the presidency of the United States of America, he represents our flag and our country. So what we are seeing right now is more than just an assault on President Trump. This is an assault on the American republic, on this great country that we have. I know the people around the country are fed up with it and they’re not going to put up with it.”

Flynn said Trump voters are not looking to the media but to their elected officials “to see if they’re going to do their job” where the election is concerned.

“And just because CNN or Fox says it’s certified – and if there’s a legitimate legal challenge then they cannot sit there and certify it while there’s a legal challenge to it – big media is not going to cover any of that for you. It’s sad because they’re trying to shove it down our throats, and the American people, they see right through it.”

Flynn, who formerly directed the NSA, knows a lot about information warfare, and said it is being deployed here in the U.S. with the help of the media.

“The whole thing about psychological operations is you have to make sure that you pick the target and then repetition with the message over and over and over has to occur … you have to get the media on your side,” Flynn pointed out. “Everyone knows that the mainstream media, which is a pretty robust group of organizations, and that includes the big tech companies, Facebook, Twitter, and Instagram. They are all trying to control a narrative, instead of just giving the information and then letting the people decide.”

The Democrats seem to be taking a leaf out of the Chinese Communist book of psychological warfare. “If you study Chinese doctrine (of war, it) has six phases” the general explained. “The first five phases all have to do with information. The last phase would be if those failed and you need something with an additional oomph, then you ‘go to the gates’ as I used to say, and that’s when you might see something kinetic.”

If Americans want to know what’s really going on, Flynn said they must ignore mainstream media misinformation and delve into the court filings themselves.

“You really do have to go and dig into the filings instead of reading a soundbite here and there because it’s our life, it’s our country. This is the time in our history that, if we don’t get this right, this country is done. It will be over, as we know it. And as I stand here talking to you, I’m not standing here for me, I’m here for my children, my grandchildren, and frankly, the beacon of hope that we are as a country.”

Flynn said Communist China’s involvement will become clear in the days to come, because it is working hand in glove with globalists and Democrat traitors, all of whom want to see the U.S. dethroned as the world’s leading power and beacon of freedom.

“Over the last couple decades, it’s amazing how fast we’ve seen a shift with Communist China moving up their plans to become the sole global superpower on the planet,” Flynn noted. “I believe in the last election in 2016, when (the Chinese Communists) didn’t get their candidate that they needed, and they saw the kind of ideology in the candidate who won, they decided they were not going to let that happen again in 2020.”

“I do not believe for a second that our country will accept Vice President Biden as the next president,” Flynn said. “That’s based on what we know to be probably the greatest fraud our country has ever experienced in our history.”

“I think we’re going to find out in the end that President Trump won in a landslide.”