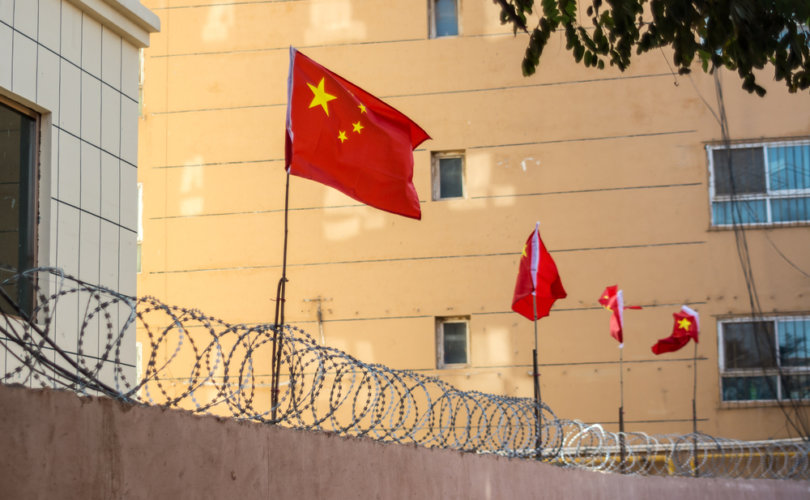 (LifeSiteNews) — As Western governments have spent two years clamping down on their citizens, the blind eye toward and lackluster criticisms of the Chinese government’s genocide of the Uyghur Muslims by our leaders should terrify us all.

Almost every Western nation has undergone the most drastic crackdown on individual and civil liberties since World War II over the past two years of COVID-19. But with the lack of condemnation of, and often the insistence on building a relationship with, the genocidal regime of the People’s Republic of China, maybe we should not be surprised at all.

The reality that the leaders of the Western democracies have continually expressed ambivalence toward Chinese President Xi Jingping’s overt genocide against the Ugyhur Muslims can only mean one thing for us: When the likes of Trudeau and Biden preach about the importance of “tolerance,” what they really mean is they will tolerate anything, including mass murder and torture, if it bolsters their globalist goals.

As reported by LifeSiteNews last year, former U.S. Secretary of State Mike Pompeo has uncovered and supplied overwhelming evidence that China is forcing Uyghur women to have abortions, undergo sterilization, and be placed into “reeducation” programs with the hopes of reducing the group’s population within the nation.

Included in the practices other than forced sterilization and forced abortion are torture, and organ harvesting. In response to this, what have the globalists done? Well, the World Economic Forum’s chairman Klaus Schwab, the string-puller for the Great Reset agenda, has expressed his admiration for “His Excellency” Xi Jingping and his inhumane regime.

“China has made significant social and economic achievements under your leadership,” Schwab told Jinping while celebrating the globalist achievement of making the world “more interconnected than ever” in recent years.

After giving praise to Jinping for the economic growth China has experienced in the “first three quarters” of 2021, when most of the Western world had their governments suppressing their economic prospects through COVID measures and lockdowns, Schwab told Jinping he has achieved the “historic goal” of becoming a “prosperous” society in “all respects.”

Concluding his praise for the tyrannical leader, Schwab ironically added that China’s work has been beneficial to the larger global goal of creating a “more inclusive” and “more sustainable” world.

With China executing religious and ethnic minorities, and Prime Minister Justin Trudeau declaring peaceful protesters enemies of the state, I suppose “inclusivity” has a different meaning than I thought. While us normal folk consider an inclusive society to mean one where people are treated as human, it seems “inclusivity” to the globalists means a society where those who dissent are not to be included in society at all.

The Trudeau government is freezing the bank accounts of political dissidents, and American President Joe Biden seems to support such an infringement.

As public trust in media and government craters, millions now see through the façade and the damage is irreparable. Biden, Trudeau, and Xi Jingping are cut from the same World Economic Forum cloth.

While right now the ire in China is directed at the Uyghurs, and in the West it is directed at the unvaccinated, make no mistake: These groups can and will change the moment it is a different demographic getting in the way of their unhinged global takeover.

“While many of us are working from home, there are others who aren’t able to do that — like the truck drivers who are working day and night to make sure our shelves are stocked. So when you can, please #ThankATrucker for everything they’re doing and help them however you can,” Trudeau tweeted on March 31, 2020.

Two years later, Trudeau has declared that those same truckers, who just want to continue working without having their bodies sold to the state, are a threat to democracy that needs to be crushed.

Want another example from the thrice-blackfaced anti-racist?

“When a government starts trying to cancel dissent or avoid dissent is when it’s rapidly losing its moral authority to govern,” Trudeau tweeted in 2012, quoting former prime minister Stephen Harper.

Now, according to Trudeau’s enactment of the Emergencies Act, canceling and avoiding dissent is a stalwart example of moral governance, not proof it no longer exists.

In the all too real words of George Orwell, “All tyrannies rule through fraud and force, but once the fraud is exposed they must rely exclusively on force.”