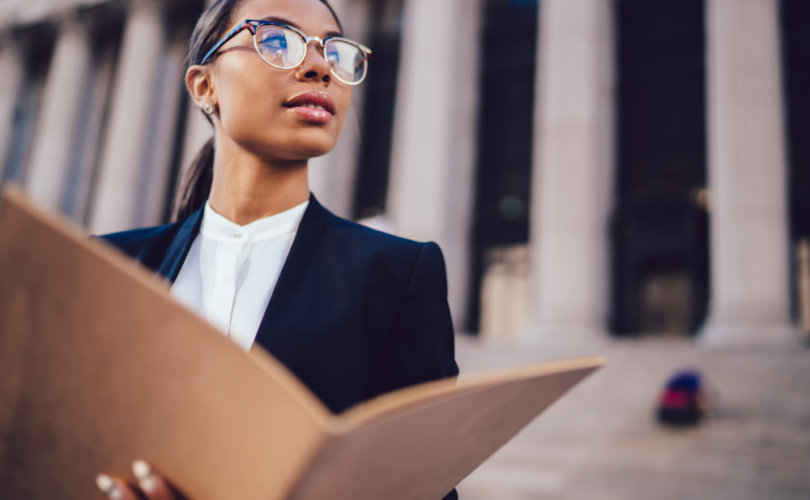 August 14, 2019 (LifeSiteNews) – Katholisch.de, the news website funded by the German bishops, has published yet another commentary on offering women roles of authority, governance, and teaching within the Catholic Church. Only on July 19, a German Benedictine monk and priest proposed that women should be able to preach at Mass. Now, another Benedictine priest and abbot, Jeremias Schröder proposes that the office of an apostolic nuncio is a potential place for women, as well, since here, “the capacity to exercise an ordained authority does not play any role.”

The only restriction the German monk proposes is that these female nuncios – or “nuncias,” in his words – should live in celibacy, due to the “difficult circumstances on-site, that is to say when wars are approaching, catastrophes are taking place, or revolutions break out.”

Schröder had participated, as a representative of the religious orders, at the 2015 Synod of Bishops on Marriage and the Family, and he reported for Katholisch.de on the discussions that took place during that synod. When Pope Francis published his post-synodal exhortation, Amoris Laetitia, the German monk came to his assistance and detected that he made significant recommendations in his footnotes, especially with regard to the question of the “remarried” divorcees.

Now assisting the discussions in Germany concerning the “synodal path” which is to start this fall and which aims at discussing priestly celibacy, the larger role of women, as well as clericalism and the Church's teaching on sexuality, Schröder proposes to promote women more widely in the Church. He writes his new commentary “with the quiet hope that via this important internet portal important decision-makers can be reached.”

In his new commentary, Abbot Schröder first states  that “the Catholic Church has difficulties to give women a fitting place of influence in the higher echelons of the Church's hierarchy.” He also explains that the “current (and some would say everlasting) exclusion of women from the priesthood gives us here strong limitations.”

But one area in the Church, explains the prelate, does still exist “where important leading positions have so far been occupied by clergymen, but where the capacity to exercise an ordained authority does not play any role: the apostolic nunciatures.”

Nuncios, he adds, represent the Holy See as ambassador in official relations with states and various international organizations. “The exercise of the sacramental, ordained authority is here not needed, except for some exorcisms about which one, however, has thus far heard very little.”

In Schröder's eyes, the career positions of the diplomatic service “could be opened up for women very quickly and without much ado.”

However, here comes his only restriction: “It could still be useful to limit the candidates to men and to women who live in celibacy. The nuncio or the nuncia [sic] usually remain in place also under difficult circumstances on-site, that is to say, when wars are approaching, catastrophes are taking place, or revolutions break out. It would be easier to sustain such a heroic witness of the papal diplomats if one also has not to take care of spouses and of children.”

Further developing his idea of a “nuncia,” Abbot Schröder concludes that, since Vatican diplomats are often given prominence among diplomats in a country, such a prominent “nuncia” would then have to be called “doyenne,” in correspondence to the male counterpart, the “doyen of the diplomatic corps.”