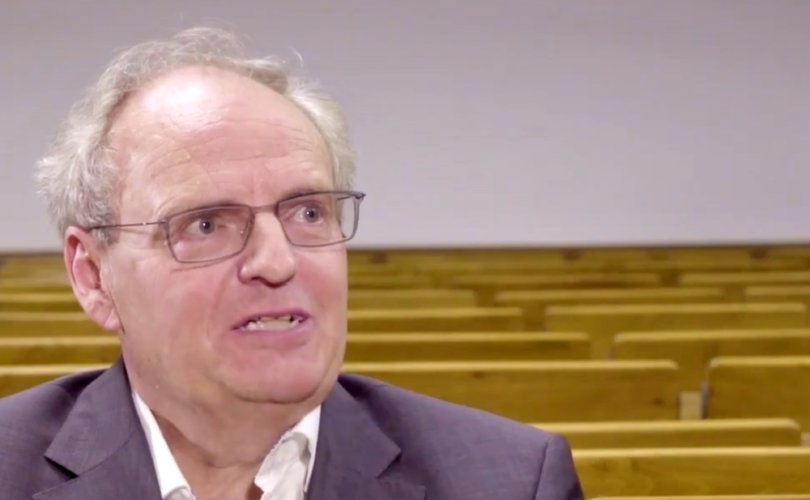 October 2, 2019 (LifeSiteNews) – Professor Hubert Wolf, a priest and German church historian from the University of Müster who recently attended a private pre-Amazon-synodal meeting in Rome, presented yesterday his new book against priestly celibacy at the Catholic Academy in Berlin.

The book, titled Celibacy: 16 Theses, aims at showing the negative sides of priestly celibacy and at presenting arguments that would help to promote the agenda to abolish it. One of his theses is that “Obligatory abstention from marriage is a risk factor with respect to sexual abuse by priests.”

During his October 1 book presentation, Professor Wolf reportedly said that he hopes the upcoming Amazon Synod (beginning on Sunday, Oct. 6) will open “new paths to the priesthood,” in the words of the German bishops' news website Katholisch.de.
“Now is the moment of decision,” Wolf told his audience. “If this chance is not being seized,” he continued, “the window is closed.”

The Amazon Synod's working document itself proposed that, “instead of leaving communities without the Eucharist, change is requested in the criteria for selecting and preparing ministers authorized to celebrate the Eucharist.

The private pre-synodal meeting which Wolf attended in June, together with Cardinal Baldisseri, Cardinal Kasper, and other key prelates involved in the preparations of this synod, called for a married priesthood. In a final report, the participants state: “This symposium suggests that married men with Christian experience be ordained to the priestly ministry to serve the community from their profession and family life, and to celebrate the Eucharist, penance and the anointing of the sick in their community.”

Professor Wolf, during his book presentation in Berlin, insisted accordingly that the regular celebration of Holy Mass is important for the Church. Therefore, he added, the priesthood should not be linked with celibacy. Here, he pointed out that both the Orthodox Church and the Protestant churches have allowed their clergy to be married. On these century-old traditions, the Catholic Church could build upon in her own reform.

Wolf does not think that the abolishment of priestly celibacy would lead to a schism. He believes that this would not be a breach with the Church's tradition.

Cardinal Walter Brandmüller, a distinguished church historian and the former President of the Pontifical Committee for historical sciences – responded in July of this year to Wolf's critique of priestly celibacy in a detailed statement published in the national newspaper Frankfurter Allgemeine Zeitung.

A 2016 book by Father Gary Selin has pointed out in a detailed manner the positive aspects of priestly celibacy, its historical roots, and different reasons as to why priestly celibacy should be preserved.