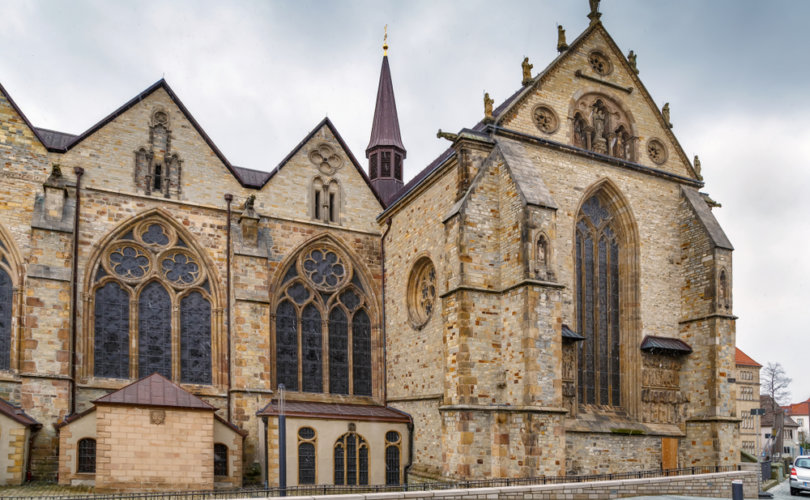 January 31, 2019 (LifeSiteNews) – The German Archdiocese of Paderborn permits homosexuals to become priests, as long as they live a chaste life.

This is what Michael Menke-Peitzmeyer, the head of the diocesan seminary, told the German radio station WDR on Monday. The head of the seminary in the Diocese of Münster, Hartmut Niehues agrees with this conditional statement, saying that it is “nothing sensational.”

Cardinal Walter Brandmüller, however, had just recently pointed out that even a homosexual man who does not practice homosexuality is not fit for the priesthood because he cannot identify with being a family father. That homosexuals cannot become priests is also the teaching of the Church.

As the German bishops' news website Katholisch.de reported on January 29, “the Vatican practically, still in 2016, excluded homosexuals from the priesthood. Now, Paderborn says that homosexuality will not be any more a criterion of exclusion in the future.”

As Michael Menke-Peitzmeyer, the head of the diocesan seminary in Paderborn, explained on January 28 to WDR (West German Broadcasting Cologne), “homosexual candidates for the priesthood are also being accepted, if they maintain celibacy.”

“We have to differentiate,” he added, “between the homosexual orientation of a person and a homosexual practice.”

Thus, a practicing homosexual meets the “criterion of exclusion,”  Menke-Peitzmeyer explained. He also stated that nowadays, there are taking place “regular conversations with the candidates about personal views and about their sexual orientation.”

Katholisch.de reminds its readers that the new 2016 Vatican guide concerning the formation of priests – The Gift of the Priestly Vocation – “practically continues to exclude homosexuals from ordination.”

No. 199 of that document states that “the Church, while profoundly respecting the persons in question, cannot admit to the seminary or to holy orders those who practice homosexuality, present deep-seated homosexual tendencies or support the so-called 'gay culture'. Such persons, in fact, find themselves in a situation that gravely hinders them from relating correctly to men and women. One must in no way overlook the negative consequences that can derive from the ordination of persons with deep-seated homosexual tendencies.”

For the head of the seminary in Münster, Helmut Nieheus, this statement from the Vatican “needs an explanation” and an “interpretation.”

Speaking with Domradio, the radio station of the Archdiocese of Cologne, he explains that, for his diocese, what matters is that a candidate's sexual orientation is not so determining that a person cannot live in celibacy.

“Thus,” he adds “the question is decisive whether or not someone can and wants to live in celibacy.”

Nieheus is also the president of the association of all the heads of German seminaries. At the end of the Domradio interview, he refers to the recent statements of Pope Francis, saying that he understands that “the decisive point” for the Pope, too, is that homosexual priests live in celibacy, accepting at the same time that there do exist homosexual priests.

Cardinal Walter Brandmüller – one of the four dubia cardinals – has just stated at the beginning of January 2019 that homosexuals should not become priests, “for the simple reason that it is difficult to overcome a homosexual inclination.”

“In addition,” the German cardinal added, “a priest has to be fatherly. He who emotionally does not have the capability for normal human love and for assuming the responsibility for a family would likewise encounter difficulties as a priest.”

Bode repeated this January his calls from 2018 to consider a blessing for homosexual couples, saying that he wishes to “honor the togetherness of people who are willing to be loyal, responsible and loving.”

“There also has to be a pastoral and also a liturgical accompaniment,” Bode added.

Bishop Overbeck just proposed in an article for the German Catholic journal Herder Korrespondenz a re-assessment of homosexuality. He proposes a “de-pathologization” of homosexuality which could lead to an “overdue liberation” for such people. Otherwise, Overbeck adds, he fears an “intellectual marginalization of the Catholic moral teaching.” One should be glad that, with the help of new scientific insights, “prejudices” concerning sexuality are being “overcome,” he wrote.

The Permanent Council of the German Bishops' Conference just named Bishop Bode (together with Bishop Felix Genn, of the Diocese of Münster, and another bishop) as the episcopal experts to deal with questions of the priestly form of living (celibacy), as well as questions of sexuality.

For Mathias von Gersdorff, a German pro-life activist and book author, this election of Bishop Bode is an “affront to all Catholics who still take seriously their Faith and the Church's Magisterium.”

“Bode has been working against the Catholic sexual morality for years,” he adds.

For von Gersdorff, this nomination of Bode's – who is already the Vice-President of the German Bishops' Conference – signals that there are bishops in Germany who aim at a “quiet foundation of a new church with a new sexual morality according to the maxims of the 1968 [cultural] revolution.”