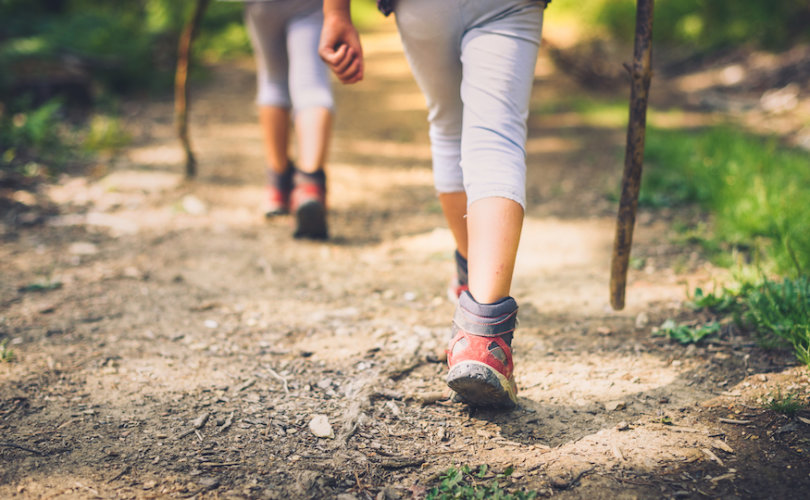 October 1, 2018 (LifeSiteNews) – In a story so shocking that some actually didn’t believe it when I first wrote on the subject, The Telegraph reported last year that in the United Kingdom, the transgender ideology was about to transform the Girl Guides with updated rules: Boys who identified as girls were permitted to share female facilities, including the bathroom, changing rooms, and showers. In other words, boys with fully functioning penises would be permitted to shower with the girls.

As insane as that might sound, the leaders of the Girl Guides are apparently brooking no dissent concerning their surrender to gender ideology. Helen Watts, a leader in the Girl Guides, is saying that she’s been fired after raising concern about some of the transgender rules, noting that a social worker she had spoken to worried that these new guidelines opened up the possibility of predatory men being able to see girls showering as well as potentially sharing tents with them. Boys identifying as girls can join the Girl Guides, but this means that men identifying as women can become Girl Guide leaders, too.

Watts accepted last year’s rules, but finally spoke out when another change was implemented recently: In a move to suppress criticism, the Girl Guides decided that leaders like Watts would not be permitted to tell parents or the girls themselves if one of the “girls” or leaders was actually a biological male. Girls joining an all-girls organization, in other words, could not be sure that those they were sharing a tent with were actually anatomically female, and parents would not be informed if the nice lady running the Girl Guides group was actually a biological male with a fully functioning set of male genitalia.

The transgender extremism that has taken over the Girl Guides has become so dangerous that even Helen Watts, who accepted the previous changes happily, simply cannot stand for what is taking place. “If a boy is confused about what sex they are then I would be more than happy to welcome them into Girlguiding—it might help them,” she told the The Mail on Sunday, “But the extremes the Guides were going to was putting children in danger and I was not alone in believing this. I just could not remain silent.”

Watts was part of a private Facebook group with 19 other Girl Guide leaders who were discussing the new rules, but someone in the group spoke to the heads of the organization, who launched a four-month long investigation into what had been discussed. At the conclusion of the investigation, they approached Watts with a “pre-prepared confession” to sign, and when Watts declined to put her name to it, they promptly fired her. Watts, who ran a group for girls between the ages of five to seven in Ealing, London, and has been a Girl Guide leader for over 15 years, is extremely upset: “I have only the safety of children at heart and for that I’ve been kicked out. It’s just heartbreaking.”

The Girl Guides has been unapologetic about firing Watts, and informed her that as long as she refused to follow the Girlguiding’s equality and diversity policy, she was unwelcome in the organization. A spokeswoman responded to media requests by stating that the safety of the girls was a “number one priority,” and that “simply being transgender does not make someone more of a safeguarding risk than any other person.” Of course, she did not address the question of biological males being permitted into tents and showers with the girls—or why the Girl Guides had decided that parents should be kept in the dark as a matter of policy.

In short, the policy of the Girl Guides is this: If you are a man claiming to be a woman, you can lead a group of young girls, and even share a tent and private spaces with them. But if you are a veteran Girl Guides leader who accepted the transgender transformation of the organization but simply wants to be sure that the girls will be safe from predatory men potentially using these rules to gain access to vulnerable girls and believes that refusing to tell parents what is going on is dangerous, then you are promptly booted as a bigot.

I believe the phrase “the fox is guarding the henhouse” applies here.