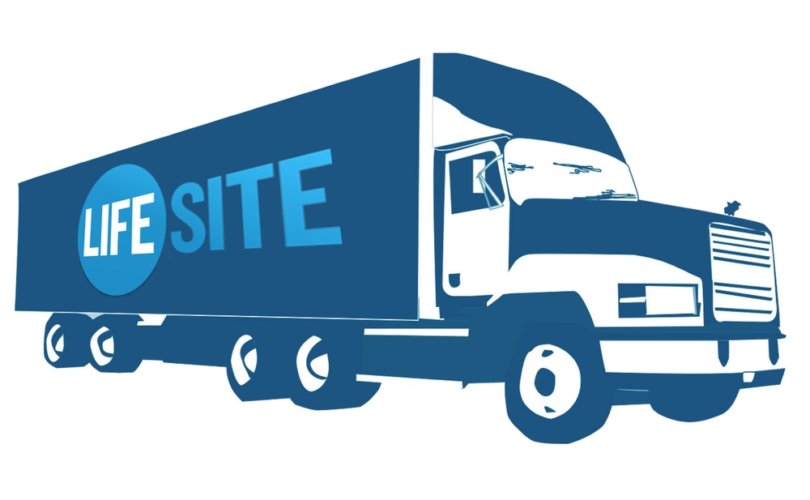 (LifeSiteNews) – Christian crowdfunding platform GiveSendGo fought valiantly against the corrupt Trudeau regime, but it was ultimately forced to yield by the Canadian government and refund some of the trucker money.

As the Canadian government essentially criminalized the transfer of funds raised for the Freedom Convoy in Canada, GiveSendGo was really left with no other choice.

The platform said that it was refunding donors because the Canadian government was trying to seize the remaining funds.

They tweeted: “The Canadian government has criminalized the receiving of funds from the Canadian trucker campaigns and now are trying to seize the funds to redistribute. In order to protect our Givers and the intended purpose of their gifts, funds not already transferred to the recipients from the ‘Freedom Trucker Convoy’ campaign will be refunded.”

Now, I don’t think it is fair to criticize GiveSendGo, especially considering they are a relatively small company targeted by the federal government of a G7 nation that invoked measures meant for extreme war-like circumstances. The refunding of the money to donors is certainly a shameful reflection of the Canadian government, and not of the well-intentioned crowdfunding platform.

However, the episode demonstrates the need for pro-freedom, pro-faith and pro-family alternatives to the big-tech/leftist government cabal that has weaponized laws and digital censorship to squash dissent.

Is there an alternative?

An alternative to GiveSendGo and other platforms is LifeFunder, which is a crowdfunding site launched by LifeSiteNews.

LifeFunder.com is a pro-life, pro-family, and pro-faith crowdfunding site, where good causes are protected from de-platforming.

WonderWe founder entrepreneur Dominic Ismert was kind enough to gift his crowdfunding website to LifeSiteNews, allowing LifeFunder to build on his remarkable success and WonderWe’s innovative features, such as peer-to-peer and teams fundraising.

The latest expansion of the crowdfunding website to the public has been hailed by LifeFunder campaign manager Tim Jackson as a significant opportunity for people in need.

“LifeFunder’s growth has been phenomenal, so we are trying to match the public appetite for safe and secure crowdfunding with a new, streamlined version that now allows anyone to upload a campaign, get it vetted and approved, and then start accepting donations,” Jackson said.

How is that different from other crowdfunding sites?

While there is no silver bullet in an age of massive censorship, there are ways to make life more difficult for globalist hacks who hate freedom.

One major issue made the delivery of funds to the truckers difficult and gave the government time to freeze the assets: the money was donated to a large single fundraiser, which made it easy to target.

How Peer-to-Peer is helpful

Crowdfunding is exactly what it sounds like – money raised by a crowd. However, in traditional crowdfunding settings, the money is basically put into a giant pot, and then distributed. As you can imagine, this makes it easier for enemies of freedom to target causes they don’t like.

Also, it makes it easier to deplatform the funds generated for a cause because, by nature of their size, they are an easy target.

The peer-to-peer fundraising that LifeFunder offers is unique. Peer-to-peer functionality makes it easier for fundraisers and donors to create more specified initiatives. This means that instead of one massive fundraiser for a general cause, those involved can use the LifeFunder platform to be more direct.

If we take the Freedom Convoy as an example, we saw one fundraiser for a large cause, and the fundraiser itself – although well-supported – wasn’t very specific. This made it difficult to distribute the money in a timely fashion; GoFundMe (initially) was worried about doling out such a huge amount of cash.

If it is more clear about where money is going and to whom, then it is likely that money will be delivered faster. It is also possible to raise more money because even if the movement is large, donors can see exactly what they are donating to within the movement.

How peer-to-peer helps with an oppressive government

Simply put, governments like to go after “sacred cows” in order to cut off the head of a movement.

On the one hand, our governments are intelligent and cunning, and on the other hand they are completely incompetent. All it took to thwart a ban on carrying gas to the truckers was hundreds of people walking around with empty gas cans. These aren’t exactly Party Members from Orwell’s 1984 we are dealing with.

If you use the peer-to-peer function properly, it gives the impression that the funding is diversified, which it makes it harder for the regime to target.

Yes, the money is held by LifeFunder’s service; however, in the case of the Freedom Convoy, the government did not shut down GoFundMe or GiveSendGo as a whole. They instead took legal action at a single fundraiser, which is easier to do.

Imagine if the convoy used peer-to-peer functionality instead. Rather than a general fundraiser, they could have diversified the fund sourcing, making it harder for a government to justify to the courts that something needs to be shut down.

There are other peer-to-peer groups out there, but they are not explicitly pro-life or pro-family, and there is no guarantee they will have your back if leftists come after your cause.

In the end, we are dealing with oppressive globalist regimes with shoddy morals who are on the wrong side of history, so there is no silver bullet. However, the case can be made – especially after we saw what happened in Ottawa – that LifeFunder is better equipped than other crowdfunding platforms to secure your fund distribution.

If there was ever a funding platform that could have helped the Freedom Convoy, it is LifeFunder.

LifeFunder should be top of everyone’s list for any pro-freedom, pro-faith, and pro-life fundraiser.