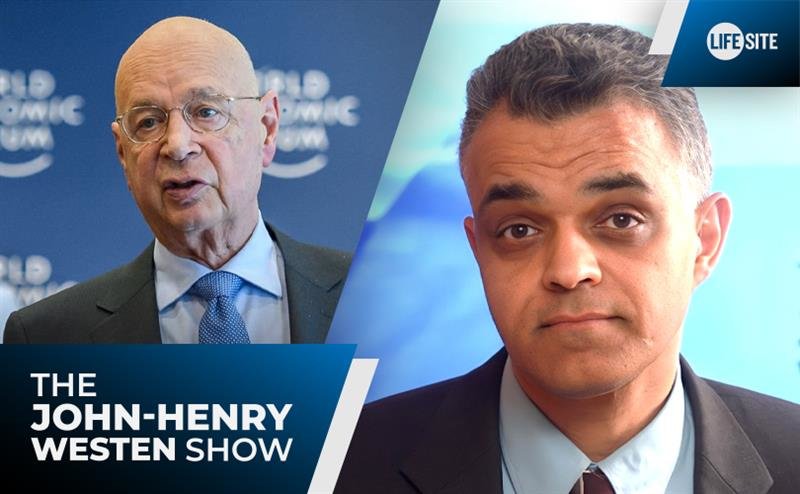 (LifeSiteNews) — You’d think people would be subtle about things like imposing a New World Order, but the globalists seem excited to share and inflict their opinions on the world. They are no longer hiding it; they are proud of it. They obviously believe the public is ready for a one-world government. And believe it or not, they are rather open about using the Russia-Ukraine conflict to bring it about. Today I will be diving into conversations at the World Government Summit 2022 and the alarming projections this meeting will have on our lives.

The World Government Summit 2022 was held in Dubai March 29-30, 2022, and featured a number of panels and speeches that discussed economics, aviation, and digital currency. All of these topics were related to the situation in Russia and Ukraine. As each talk unfolded, the concept of a New World Order emerged as the dominant theme. This conference is full of the people behind the curtain, the movers and shakers that guide world leaders.

One of the panelists was Dr. Frederic Kempe, who is the president and CEO of the Atlantic Council, a group which actively pushes a New World Order. The Council has prominent globalists on it like Henry Kissinger. The Atlantic Council Chairman is John FW Rogers, Executive Vice President, Chief of Staff, and Secretary to the Board of Goldman Sachs. Its founder is millionaire philanthropist Adrienne Arsht. So you get the picture.

So let’s start with a look at what Dr. Kempe says about “world orders” and the link to the conflict in Russia and Ukraine:

World orders are a group of countries across the world [that] agree to a set of rules and they agreed to play by them. The second is there’s a balance of power so that no power feels that it can subjugate a neighbor. That’s what we’ve lost in Russia. There wasn’t a balance of power … the age of military power is over [as Europe decided] … the third … is a consensus that everyone accepts this.

It seems that insofar as a country plays by these agreed-upon rules, there will be a kind of balance.

According to these globalists, China – the same nation that is engaged in genocide of the Uyghurs, that has enforced a one child policy with torture and forced abortion for mothers who dared to have a second child, that bulldozes Christian churches – these globalists see China as an ideal example of a peaceful country growing and cooperating with the world order and playing by its rules, while Russia which has at least promoted the growth of the Orthodox Church and some policies favoring life and family is the opposite. Check this out:

We thought that everyone could fit into this system that had been created, and it worked for a while, but not everybody came into it. But China certainly took full advantage of being part of the global system. Russia did not. Russia became more of an outlier.

Apparently, according to this logic, these outliers are the thing standing in the way of world peace. Russia’s aggression has become an excuse for globalists to push for a worldwide government.

Coincidence? Let’s take another look, then. Dr. Kempe says the following early on in the panel:

This gets to your question, Becky, of a New World Order is… It can go in two directions with the war in Ukraine now being a decisive element. Either the jungle is back, as the historian Bob Kagan talks [about], and that we can go into a darker era, or we could go into an era because of the advances of science, advances technology, that could be one of the most prosperous, promising, progressive, enlightened, moderate modern eras that we’ve ever faced.

Clearly, he sees this New World Order as an imminent event. Defining “world orders” and relating it to Ukraine specifically, he goes on, emphasizing Ukraine as a “fulcrum”:

I think we’re in a moment where that’s being decided, and I think the importance of the Ukraine issue is that it’s a fulcrum for this and how the world manages this and comes out of this is going to have far reaching consequences that go beyond Ukraine.

Considering all of these statements, it is obvious that the globalists are capitalizing on a unique opportunity.

Alongside these comments on Russia and Ukraine directly, the panels also address the new financial system that this New World Order will use.

Economist Dr. Pippa Malmgren served as Special Assistant to the President of the United States for Economic Policy on the National Economic Council during George W. Bush’s presidency. Now she publishes books on economic topics and also appears as a regular guest on BBC and Bloomberg. She claims this new financial system will replace the traditional one:

What we’re seeing in the world today, I think, is we are on the brink of a dramatic change where we are about to and, I’ll say this boldly, we’re about to abandon the traditional system of money and accounting and introduce a new one.

She adds that it will be “sovereign”:

This new money will be sovereign in nature. Most people think that digital money is crypto and private, but what I see are superpowers introducing digital currency.

What is the significance here? Well, with a new financial system, globalists can introduce universal currency.

Will that new system of digital money and digital accounting accommodate the competing needs of the citizens of all these locations so that every human being has a chance to have a better life because that’s the only measure of whether a world order really serves.

This is, of course, a great question to ask as globalists strive to unify the world and leave the low-level needs of citizens behind.

Turning the conversation back to Ukraine, Dr. Kempe even quotes Pope Saint John Paul II in his praise for President Joe Biden’s speech:

A speech that is one of the most brilliant speeches, maybe the most important speech of his lifetime, and it really put the Ukraine situation in a broader, in a world order sort of framework that what we’re talking about today, and he did it absolutely brilliantly, and he talked about how the darkest periods of history … can produce the most progress he quoted … the Polish pope John Paul II on ‘do not be afraid.’

In the areas of aviation and money, other panels reference this New World Order as well. In the panel on aviation, Sir Tim Clark, President and CEO of the Emirates Airline, which is the largest airline and one of two flag carriers of the United Arab Emirates and is owned by the government of Dubai’s Investment Corporation of Dubai, makes a statement about Russia, relating it to this idea:

Now we have the Ukrainian issue which, of course, is possibly more serious in terms of civil aviation and other areas of the global economy than the COVID pandemic … because of the economic iron curtain moving to the east and the exclusion of Russia in the future [will cause] a tectonic shift [in the way aviation operates].

It’s interesting how COVID-19 and its related issues have nearly disappeared in the wake of this new convenient catastrophe.

Adding to Dr. Malmgren’s claims about the new financial system was Bjorn Krog Andersen – the Head of Legal for Banking Circle, a fully licensed bank and financial infrastructure built for Payments businesses and Banks. He is also a board member of the Concordium Foundation, which is a Swiss-based non-profit focused on building the world’s leading open-source, permissionless, and decentralized blockchain.

They’re trying to replace what we have today with the central bank of the banks with just e-money.

“They” in this case refers to regulators using CBDCs – Central Bank Digital Currencies. However, the implications of this are that one universal digital system of currency will be the financial system of the New World Order.

Another panelist, William Quigley, is the co-founder of Tether, a blockchain-enabled platform designed to allow fiat currencies to be used digitally. A Tether token is a cryptocurrency that is hosted on the Ethereum and Bitcoin blockchains, among others, issued by the Hong Kong company Tether Limited, which in turn is controlled by the owners of Bitfinex, a cryptocurrency exchange. Take a look at what he says:

He proceeds to talk about how money is lost in the tax that governments levy on currency exchange.

Clearly the elites have brought the talk of a New World Order – meaning a one-world government – out of the closet. They showed the need with COVID; they now show it again with Ukraine; they show it with finance and passports. They have laid out the plans for a passport without which you cannot buy or sell. They have shown us all how it will work. Biblical prophecies are upon us. Are we ready?