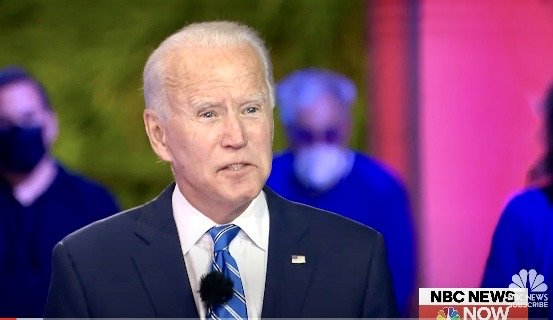 Joe Biden answers a question about abortion at an NBC Town Hall meeting in Miami on October 5.YouTube

WASHINGTON, D.C. (LifeSiteNews) — President Joe Biden said over the weekend that he’s a “God-fearing” man who has “tried to walk [his] faith” throughout his life. His efforts to make abortion as simple as opening a mailbox say otherwise.

Earlier this month, the Biden Justice Department’s Office of Legal Counsel declared that a provision of a 150-year-old law called the Comstock Act that makes it illegal for the United States Postal Service to deliver any “article, instrument, substance, drug, medicine, or thing which is advertised or described in a manner calculated to lead another to use or apply it for producing abortion” does not mean what it plainly says.

According to OLC’s “logic,” abortion pills may be freely mailed, delivered, and received “where the sender lacks the intent that the recipient of the drugs will use them unlawfully.” And because “there are manifold ways in which recipients in every state may use these drugs, including to produce an abortion, without violating state law,” the “mere mailing of such drugs to a particular jurisdiction is an insufficient basis for concluding that the sender intends them to be used unlawfully.” Never mind that the entire point of mailing abortion drugs is to get around state pro-life laws in the name of abortion “access.”

On top of being lethal to children, turning USPS into an abortion dispensary is as dangerous to women as it is to legal sanity. An open letter in 2020 from a coalition of pro-life groups to then-U.S. Food & Drug Administration Commissioner Stephen Hahn noted that the FDA’s own adverse reporting system says the “abortion pill has resulted in over 4,000 reported adverse events since 2000, including 24 maternal deaths. Adverse events are notoriously underreported to the FDA, and as of 2016, the FDA only requires abortion pill manufacturers to report maternal deaths.”

And that was before Team Biden took office and started relaxing standards further still so that more mifepristone would be handed out without the women taking it ever talking to an actual doctor first or being in a medical facility with emergency staff on hand to handle complications right away. The inevitable, foreseeable result cannot be anything other than for those numbers to rise.

This is not like popping a Tylenol and waiting to feel better, in which case all you need to know is if you’re allergic to the ingredients, if you’re taking any other medications that would interact badly with it, and what the label says about how many you can take at a time and how long to wait before taking another.

No, these are pills meant to violate one of the most complex processes of the human body, to intentionally induce failure of that process, resulting in the expelling the remains of your child in masses “up to the size of a lemon” according to Planned Parenthood itself. To think that can possibly be clean or simple is sheer delusion.

Yet it’s a delusion that “God-fearing,” “good Catholic” Joe Biden is happy to promote, regardless of how many dead children or devastated women it leaves in its wake. Because abortion-on-demand at any cost and without any limit is the price of power in the Democrat Party. And power is what he truly puts his faith in.