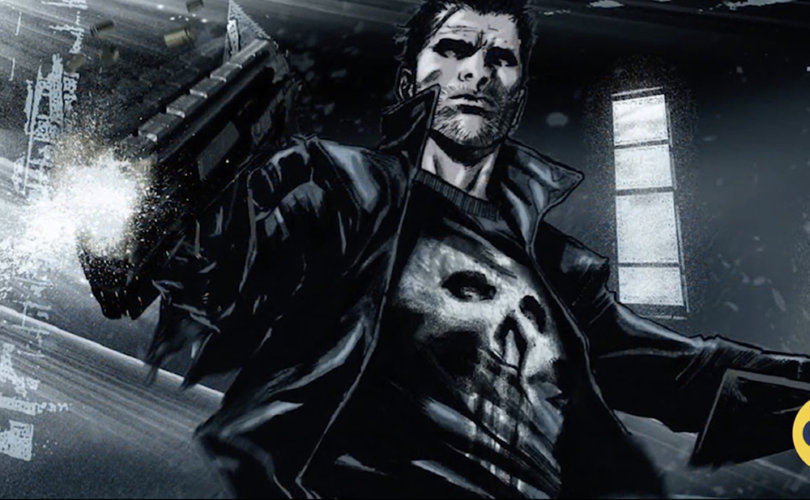 I have come to the conclusion that many Netflix offerings are dangerous to ones mental and spiritual health.

Take for instance “the dark, disturbing content” in the Netflix series “13 Reasons Why” that the American Family Association warns has resulted in the suicide deaths of at least 5 viewers of the series. “13 Reasons Why” is only one of many similarly dark and depressing Netflix original series.

Netflix also offers similarly emotionally unhealthy Marvel-produced series such as “Daredevil”, “The Punisher” and “Jessica Jones”. The network, now one of the largest US media corporations, seems to have become a media death cult.

The latest Netflix offering, First Ladies, will be about a lesbian president of the United States.

Enough! I decided for the sake of both myself and my family members who were all using my account. There was clearly something very disturbing about Netflix that had to be avoided.

Netflix chief content officer Ted Sarandos celebrated Barack and Michelle Obama as “among the world’s most respected and highly-recognized public figures” in announcing a deal last week for the Obama family to produce films and series for the streaming service.

What Sarandos didn’t mention: He and his wife have long been donors and friends to the Obamas, having raised more than a half-million dollars as bundlers for the president’s campaign in 2012. His wife, Nicole Avant, also was appointed by Obama as ambassador to the Bahamas, serving from 2009 to 2011.

We also now learn that pro-abortion, pro-LGBT, population control advocate “Susan Rice, Obama’s former national security adviser and ambassador to the United Nations, will be joining the company’s board of directors”.  All of this is more than enough information for anyone to conclude that Netflix is set up to be a powerful propagandizing, brain washing media instrument of the now far left, Christian-culture-demolishing Democratic Party.

Netflix should be avoided at all costs, regardless of the popular mainstream family type, PG movies that it also offers to lure you to subscribe. Bite the bullet and cancel your Netflix account – today! And then deal with the abscence of always available, instant media gratification that Netflix provides. That is not real life. It is mind manipulation. It is very unhealthy for you and for all of your family members.

See more in the American Thinker article below by William Sullivan.

May 30, 2018 (American Thinker) – After about thirteen years of being a loyal customer of Netflix, the time has come for me to say goodbye.

This isn't an easy decision for me.  I have been with the company since my mid-20s, back when Blockbuster stores were still on every street corner, and well before the online streaming technology or content was available.

Given that I'm a conservative, one might be inclined to believe that my choice to leave Netflix is predicated upon the company's most recent decision to partner with Barack and Michelle Obama's new company, called “Higher Ground Productions,” to produce loads of new content.  In a way, I guess that's correct.  But this choice by Netflix has not alone led me to this decision.  Rather, this was the straw that finally broke the camel's back – the latest in a series of indicators that the network has become little more than a propaganda arm for radical left-wing political actors.

Allow me to lay out the evidence.

A little over a year ago, my now-eight-year-old son and I began watching Bill Nye the Science Guy on Netflix.  I never really watched the show as kid, because by the time it hit the airwaves in the mid-'90s, I was already in high school studying chemistry and physics in textbooks and had outgrown the goofiness of the show.

But my son liked it, and we watched it together from time to time.  It really is a pretty good show for children, though it now seems a relic of a time long past, when such shows were just produced to educate children in a fun way, rather than indoctrinate them via leftist political messages peppered into the content.  More on this in a moment.

It wasn't long after we began watching Bill Nye the Science Guy that the Netflix exclusive Bill Nye Saves the World launched.

As The Independent puts it, Nye's new “science show aimed at adults” famously “jumps the shark” in its inaugural efforts by having Rachel Bloom join the show for Episode 9, titled “The Sexual Spectrum.”  She performs a song called “My Sex Junk,” in which she utters such thought-provoking scientific lyrics as:

This world of ours is full of choice, but must I choose between only John or Joyce?

Are my options only hard or moist?  My vagina has its own voice.  Not vocal chords, but a metaphorical voice. …

Power bottom or top off, versatile love may have some butt stuff.

The interesting thing is that none of this seemed, to me, to be targeting an adult audience, at least in any coherent way.  As Gizmodo's review aptly observes, the show “delivers so little information in such a patronizing tone it's hard to imagine a toddler, let alone a sentient adult, enjoying it.”

True as that may be, I certainly didn't want my son happening across this show believing it was anything like Bill Nye's other show that we had been watching.  The thought troubled me, so I became careful in ensuring that my kids watch shows only among the children's selection of the Netflix library.

As I discovered last weekend, however, those efforts are not enough to shield them from such efforts at this kind of social indoctrination.

My kids have recently become fond of Netflix's exclusive new program The Who Was Show.  This is a children's show that highlights historic figures, with actors singing songs and telling jokes to educate the children-viewers.  It all seems harmless enough.

I was giving the show mild attention as my kids watched in the living room until I caught this passing quip by a narrator, describing how the Roman Republic was an “extremely advanced civilization:”

While most of the world struggled to stay alive, the Romans had running water, air conditioning, shopping malls, and same-sex marriage [sic].

To reference a show I watched as a child, one of these things is not like the others.

What, after all, does same-sex “marriage” have to do with staying alive or quality of life in the ancient world?  The first three are reasonable observations worthy of the suggestion that the Romans were an advanced civilization.  But the observation that the Romans “had same-sex marriage” is clearly forced and incongruent among the other things described, clearly pressing a distinct and ideologically driven social position upon impressionable children, and perhaps worse than any of that, it couldn't be more of a bald-faced lie.

But it's a bald-faced lie with purpose.

Here are the facts.  Marriage, as an societal institution, was strictly monogamous in ancient Rome, and strictly heterosexual in nature.  The laws were structured toward the advancement of its civilization – namely, the production of children who would become Roman citizens.  There were never codified laws allowing same-sex “marriage” among Roman citizens.  The suggestions that it even occurred at all amount to singular and depraved examples.

Laura Geggel, for example, cites at Live Science that Nero “castrated a young boy named Sporus to make him womanlike” and married him, and that Emperor Elagabalus “referred to his slave, Hierocles, as his husband.”

Both examples refer to emperors, bound by no laws and having an appetite for sexual activity with boys, “marrying” those boys.  Her arguments for “precedent” of same-sex “marriage” in ancient Rome include an emperor “marrying” a castrated boy and another's de facto “marriage” to a slave.  This is hardly evidence of a society that broadly “permits” same-sex marriage.

So why introduce the lie that it was broadly permitted in ancient Rome to children?  Because the precedent of an “advanced civilization” practicing same-sex “marriage” is of importance in arguing for its current societal value.

At least it was an important consideration in the deliberations leading up to the Supreme Court decision allowing same-sex couples to get marriage benefits in America in 2015.  Justice Scalia asked Mary Bonauto, a lawyer arguing for same-sex “marriage” rights: “But I don't know of any – do you know of any society, prior to the Netherlands in 2001, that permitted same-sex marriage [sic]?”  Bonauto answered that “as a legal matter,” she did not.

Two highly educated adults, diligently studying the subject, could not think of a single society that permitted same-sex “marriage” prior to 2001.  Children watching this show, however, may forever take as fact that this legal precedent existed in ancient Rome.  In their mind, same-sex “marriage” will not be a contentious issue with myriad social implications.  It will simply be one of those great things that the “extremely advanced” Romans did that we also practice today because we are likewise “extremely advanced.”

Then I heard the news that Barack and Michelle Obama are going to be producing all this new content for Netflix.  Ostensibly, their content will not be geared toward “waging a public campaign” against Trump or to “fight against conservative voices,” reports the New York Times.  Rather, the Obamas will produce “scripted series, unscripted series, docuseries, documentaries, and features” that will “highlight issues and themes the president pursued in his eight years in office.”

As those themes run starkly at odds with the current president and conservative voices, I'm not sure how the two things are different.  But it's enough to have made my decision for me.

Netflix can continue expanding its role as a propaganda arm for radical leftists if it pleases.  But it'll be doing it without my money moving forward.

This article was originally published on American Thinker and is re-published with permission of the author.