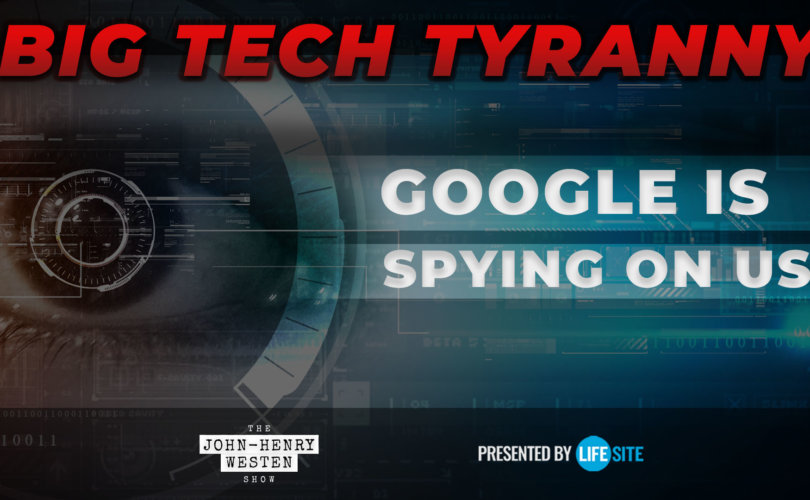 September 1, 2020 (LifeSiteNews) — Today, I’m happy to announce the quasi-kickoff to a new video series we’re producing at LifeSite that’s meant to expose the suppression and censorship coming from the major tech companies — Google, Facebook, Twitter, YouTube, and others.

We’re calling it “Uncensored: Big Tech vs. Free Speech.” Some of the best-known fighters for truth will be speaking with us over the next month about their own run-ins with the four major tech giants, who clearly despise pro-life, pro-God, and pro-conservative voices.

Today, I’m speaking with Dr. Robert Epstein, a dyed-in-the-wool liberal Jewish Democrat whose findings have exposed the shocking lengths Google has gone to censor, manipulate, and surveil those who use its programs.

Dr. Epstein is a psychologist, professor, author, and journalist who earned his Ph.D. in psychology at Harvard University in 1981. He testified at the U.S. Congress about his research last year.

“The message I’m trying to get out there has nothing to do with my political views,” Dr. Epstein told me today. “We need to set our politics aside and try to understand what's happening with the tech companies and especially the way they’re affecting democracy.”

I was blown away by the research Dr. Epstein has conducted. He’s done a number of studies that definitively show that Google is manipulating search engine results. I asked him why, given his liberal political views, he isn’t happy about what’s going on.

He also said Google and other companies like it are unaccountable to anyone and that that’s a serious threat to democracy.

“These are big issues involving surveillance, involving censorship, involving free speech, human autonomy. They’re much bigger issues than, you know, who’s going to win the next senatorial race or presidency…this year is a watershed year…this is the year where we either wake up and try to fight these companies or we will be turning over democracy to these companies.”

These companies have to ability shift opinions, attitudes, beliefs, purchases, and even voting, he continued. They’ve become the “technological elites” President Eisenhower warned about in his famous 1961 speech on the military-industrial complex.

Dr. Epstein also stated that its not just Google’s search engine that’s problematic, but the massive amount of surveillance and censorship the company engages in as well.

“Google deliberately gives all of their premium services free of charge to educational institutions around the world. Elementary schools, high schools, colleges, top universities use Google. And all of that information is being recorded and analyzed,” he said.

During President Obama’s second term, six federal agencies were run by former Google executives, he added. Under Trump, all of those people have been kicked out, and the lawsuits have started again. Dr. Epstein said that if Joe Biden gets elected in 2020, those lawsuits will be dropped.

Dr. Epstein also explained to me that Google stores and analyzes not only every search you’ve conducted, but also every email you’ve ever drafted, sent, and even deleted! Android phones spy on you when you’re not even using them, he said.

“You have to get away from Google. That's the first thing…you must not use Gmail…you’ve got to dump Chrome, Google’s browser. You've gotta dump Android, which is Google’s operating system.”

“If you’re a grown-up and you’ve been using the Internet for maybe close to 20 years, Google alone has the equivalent of about three million pages of information about you.”

Dr. Epstein, who was featured in the documentary The Creepy Line, said he doesn’t believe that regulation will get us out of this mess. As individuals, we must take measures to have our privacy protected while online. He said people should use Brave, Proton Mail, and StartPage.com for browsing, email services, and search engine queries. He urged people to visit www.StopBigTechNow.com.

“Regardless of our political affiliation, we really have to ask, do we want a private company that’s not accountable to the public, any public anywhere in the world to be deciding what 2.5 billion people around the world can or cannot see?”