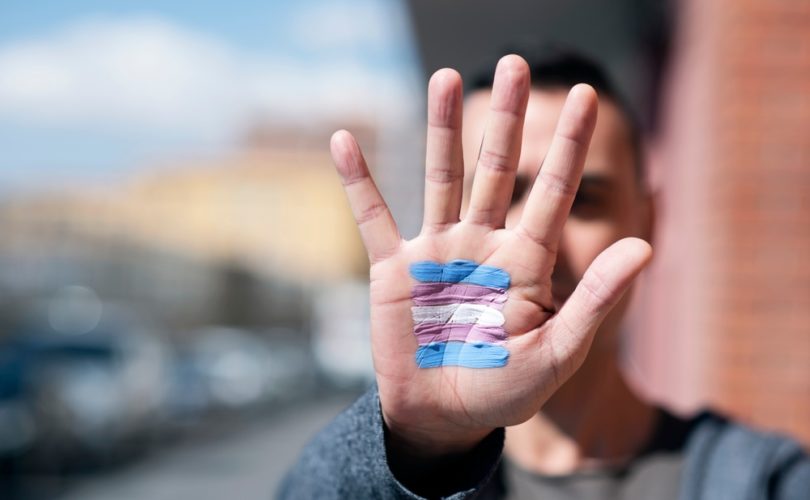 (LifeSiteNews) — Despite midterm victories for parental rights advocates and a growing movement of angry parents pushing back, the National Education Association, the largest teachers’ union in the United States, is moving full speed ahead in its embrace of gender ideology. The NEA’s “Pronoun Guide” states explicitly that the union is working with the transgender movement:

Over the last few years, the transgender community has asked allies to help normalize offering pronouns during introductions, in education, and the workplace to indicate an understanding of trans identities and show that they are a safe person. As gender identity and gender expression do not always align, offering pronouns is a way to create a space where people do not need to rely on assumptions of others’ gender.

The NEA is determined to be one of these allies, and recommends “pronoun pins” that can be added to nametags and used to show solidarity. The rationale for this policy, according to the NEA, is that it is essential to the actual safety of transgender community:

Positive experiences of social gender affirmation are critical to the health and well-being of transgender and gender diverse people. Social interactions where a person is addressed by their correct name and pronouns, consistent with their gender identity, are widely recognized as a basic — yet critical — aspect of gender affirmation. Addressing someone by the wrong name or misgendering them through the use of incorrect pronouns can feel disrespectful, harmful, and even unsafe to the person being misgendered.

Misgendering results in marginalization and communicates that a person’s identity is not being seen or respected. So, practice using the pronouns a transgender or nonbinary person requests… yes, even plural ‘they’. It’s a show of respect.

The guide contains a handy grammar graphic that explains the usage of different pronouns, including “ze,” “zim,” “zir,” “zirs,” and “zirself,” which is, according the guide, pronounced like “they” and “them.”  This alleged pronoun is flexible in function, generally used by those who wish to present as gender neutral but, according to a resource on pronoun usage, “could actually be a man, a woman, both, neither, or something else entirely” (the resource warns that “people’s genders tend to be private,” which I suspect may be a joke but I’m not entirely true).

— Article continues below Petition —
Stand with Christian daycare worker fired for refusing to indoctrinate kids with LGBT agenda
Show Petition Text
7366 have signed the petition.
Let's get to 7500!
Thank you for signing this petition!
Add your signature:
Show Petition Text

All of this, of course, sounds ludicrous—for now. With teachers’ unions in charge of millions of students working to “normalize” declaring your pronouns and the gender spectrum with its ever-expanding array of options, the Overton Window is moving swiftly, especially with impressionable young minds essentially being put at the disposal of the transgender movement from an increasingly young age.

The pushback from parents across the U.S., however, has proven effective. The parental rights group Moms for Liberty announced that of the 500 candidates it backed across the country this year, 49% of them have won. A group of school board members they backed in Berkeley Country, South Carolina went to work immediately. They were sworn in on November 15, and within only two hours they had fired the superintendent as well as the school district’s lawyer, banned critical race theory, and set up a committee to review books and ban those determined to contain “pornographic content.”

In short: the grassroots matter. Powerful teachers’ unions are teaming up with the transgender movement, but Covid school cancellations gave many parents their first, horrified look at what their children were learning. I wouldn’t send my children to public school—but I’m encouraged by the parents who are deciding to stand up and take back their schools. May the wind be at their backs.

Help Catholic Dad defeat pro-LGBT Toronto School Board
LGBT activists on the Toronto Catholic District School Board are dragging Michael Del Grande through the courts because he stood up for Church teaching at a board meeting. Please consider supporting Mr. Del Grande today.