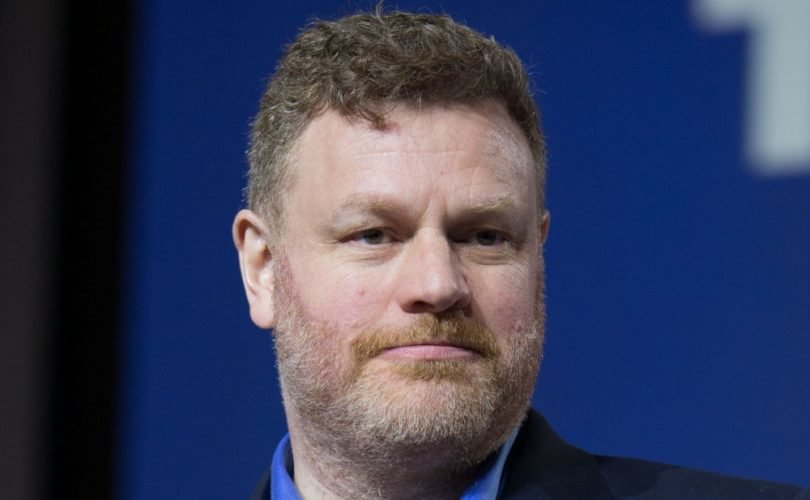 It’s rare to find a commentator these days who can adequately and accurately diagnose the suicidal tailspin of Western civilization without making you feel suicidal reading it. But Mark Steyn is up to the task in his new tome The [Un]documented Mark Steyn (Don’t Say You Weren’t Warned), a collection of his best columns covering everything from the Muslim death cults of the Middle East, to the morbid manifestations of the creeping Culture of Death here in the West, to the various malevolent creaks and groans of our civilizational institutions.  He infuses tragedy and decline with hilarity and razor sharp wit—as Oscar Wilde once said, “If you want to tell people the truth, make them laugh, otherwise they’ll kill you.”

Steyn’s previous two best-sellers—America Alone: The End of the World As We Know It, which dealt with the plunging birthrates across the West, and The End of America: Get Ready for Armageddon, which examined the threat of economic collapse in the United States—painted an apocalyptic picture of a society in crisis. The [Un]documented Mark Steyn swiftly disabuses readers of the notion that the election of conservative politicians might provide some remedy.

Mr. Steyn’s collection of columns is more than just a witty analysis of a declining culture. It is a call to action, a demand that we follow the example of people like William Wilberforce or suffer the consequences.

“When I was a kid and watched sci-fi movies set in a futuristic dystopia where individuals are mere chattels of an unseen all-powerful government and enduring human relationships are banned and the progeny of transient sexual encounters are the property of the state, I always found the caper less interesting than the unseen backstory,” Steyn writes. “How did they get from there to here? From free western societies to a bunch of glassy-eyed drones wandering around in indentikit variety-show catsuits in a land where technology has advanced but liberty has retreated: how’d that happen? I’d say ‘the nationalization of the family’ is how it happens. That’s how you get from there to here.”

Armed with this thesis, Steyn’s columns read like he’s tossing hand grenades into a pasture of sacred cows.

On the decline of social values, Steyn notes, “Most of the social liberalism comes with quite a price tag. The most reliable constituency for Big Government is single women, for whom the state is a girl’s best friend, the sugar daddy whose checks never bounce. A society in which a majority of births are out of wedlock cannot be other than a Big Government welfare society. Ruining a nation’s finances is one thing; debauching its human capital is far harder to fix.”

On the announcement by Ontario school boards that in conjunction with newly imposed “Gay-Straight Alliance” clubs, they would be holding a “National Day of Pink,” Steyn’s sarcasm turns acidic. “Er, I don’t think I have a lot of choice on that front, do I? ‘For schools holding Anti-Bullying events in April, you still have time to order [pink] shirts at a discount.’ That’s great news! Nothing says ‘celebrate diversity’ like forcing everyone to dress exactly the same, like a bunch of Maoists who threw their workers’ garb in the washer but forgot to take the red flag out.”

Diversity, as it happens, is where Steyn says “nations go to die.” Canada is one example. “If local Mennonites or Amish were segregating the sexes and making them enter by different doors for religious services in a Toronto grade-school cafeteria, Canadian feminists would howl them down in outrage,” Steyn points out. “But when Muslims do it they fall as silent as their body-bagged sisters in Kandahar.”

The entire book is a roller-coaster ride of ridicule and fiercely sharp analysis. Mark Steyn is one of the few commentators that can turn his pen, which often doubles as a harpoon in his hand, to almost any topic, intelligently lampooning his subject while not losing sight of the bigger picture. His writing demands to be read, his subject matter is of the utmost relevance, and his analysis is badly needed in a culture obsessed with the bread and circuses of Big Government and trashy entertainment.

I spoke with Mr. Steyn on my radio show a couple of weeks ago, an entertaining and rambling conversation on the bizarre antics of the cultural left, the failure of conservatives to respond, and the strange sexual proclivities of various radio personalities. But when we broached the topic of whether or not things could improve, whether cultural renewal was possible, Steyn brought up a name that seems increasingly to be a symbol of hope for those of our intellectual bent: William Wilberforce, the brilliant British parliamentarian who fought to abolish the slave trade and achieve a reformation of manners in Great Britain. In an incredibly debauched culture, Wilberforce succeeded at both.

Mr. Steyn’s collection of columns is more than just a witty analysis of a declining culture. It is a call to action, a demand that we follow the example of people like William Wilberforce or suffer the consequences. If we decide to sit back and turn on the television instead, then the cover of Mark Steyn’s book says it all.

The maniacal mind of Mark Steyn