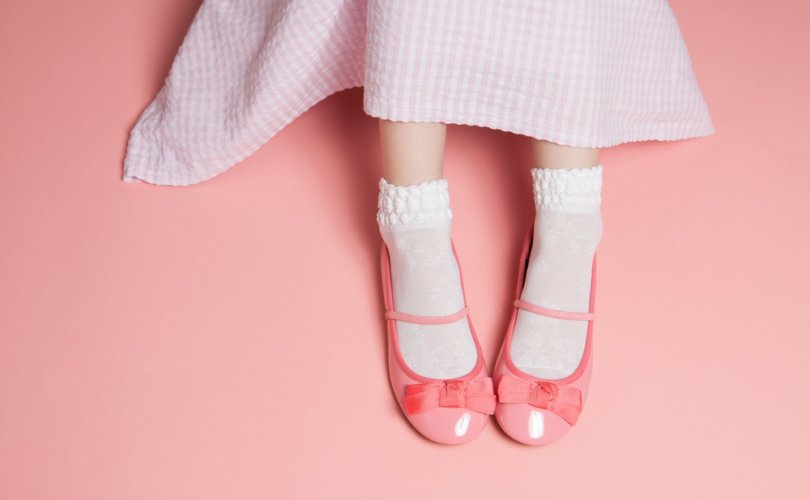 The all-out assault on masculinity took place in Milan’s Palazzo delle Scintille in January, showcasing designer Alessando Michele’s “deconstruction of masculinity through which he hoped to hint at nontoxic alternatives and the positivity of being strange,” according to Vogue.

If the deconstruction of masculinity were not obvious enough from Michele’s designs, one model wore a shirt with the word “impotent” emblazoned across his chest. Another young man wore a pink knitted sweater with “mon petit chou” — a French term of endearment, “my little cabbage” — written in baby blue.

“It condemns men themselves to conform to an imposed phallocratic virility in order to be socially accepted. In other words, toxic masculinity produces oppressors and victims at the same time,” the blogger explains.

“Therefore, it seems necessary to suggest a desertion, away from patriarchal plans and uniforms,” the posting continues, “deconstructing the idea of masculinity as it has been historically established.”

Gucci has succeeded in that.

While none of the outfits displayed at the fashion show is able to be bought off the rack, some of the components can be purchased from Gucci’s online catalogue of “clothing and accessories with a gender fluid approach.”