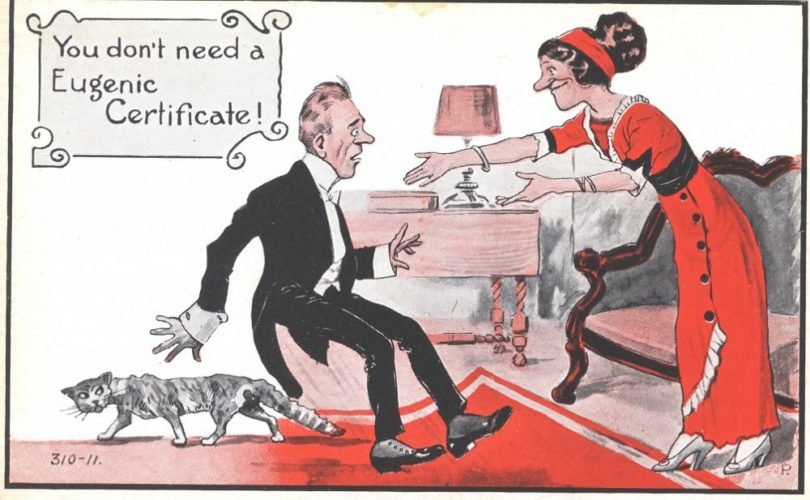 June 23, 2020 (LifeSiteNews) — The news cycle seems never to be lacking novel horrors in the battle against the sanctity of human life, as when we heard that Chairman Cuomo’s regime had approved the rental of wombs and the sale of babies. One insane idea after another is floated by people who have no moral or metaphysical bearings, in a relentless quest to inaugurate the “brave new world” of limitless possibilities — which proves to be a world of limitless exploitation.

Sound arguments in defense of moral absolutes and the fundamental right to life are always needed, and it is important that these arguments be given philosophically, not just on the basis of religious convictions, even where such convictions are a deeper and firmer foundation for the truth. The right to life includes the right to be born of the natural union of husband and wife — the context within which human beings are most fittingly welcomed and brought up in love, in accordance with their dignity. Children are the gift par excellence of marriage; they define it as the type of communion of persons it is, and give it its inherent structure and duties.

In an earlier article, I looked at British philosopher Stephen R.L. Clark’s new book Can We Believe in People? Human Significance in an Interconnected Cosmos (Brooklyn, NY: Angelico Press, 2020), in which he spells out why protecting the innocent and the weak is distinctive to our humanity and separates us from the beasts of the field who, in many cases, care little or nothing for their offspring. I wish now to look at Clark’s exposé of the eugenicism of H.G. Wells, which he cites as an example of the evils to which so-called “scientific” reasoning will lead among those who are blindly led by it.

Clark notes that Wells and his circle thought that “living in accord with nature” meant imitating a “kill or be killed” mentality of the wild, and that this, in turn, meant ridding the world of those they considered inferior or inconvenient or defective:

The New Republicans (a term from Wells’ A Modern Utopia) will have no pity for such “contemptible and silly creatures” and “to make life convenient for the breeding of such people will seem to them not the most virtuous and amiable thing in the world … but an exceedingly abominable proceeding. … The procreation of children who by the circumstances of their parentage, must be diseased bodily or mentally … is absolutely the most loathsome of all conceivable sins.” (Clark, p. 50)

He reminds us that the Scopes Trial in 1925, which is now remembered as a contest over evolution, concerned a textbook that expressed an extreme eugenicist point of view: George William Hunter’s A Civic Biology: Presented in Problems (New York: American Book Co., 1914). In a section called “Parasitism and its Cost to Society,” this textbook stated:

Hundreds of families such as those described above exist today, spreading disease, immorality, and crime to all parts of this country. The cost to society of such families is very severe. Just as certain animals or plants become parasitic on other plants or animals, these families have become parasitic on society. They not only do harm to others by corrupting, stealing, or spreading disease, but they are actually protected and cared for by the state out of public money. Largely for them the poorhouse and the asylum exist. They take from society, but they give nothing in return. They are true parasites. The Remedy. — If such people were lower animals, we would probably kill them off to prevent them from spreading. Humanity will not allow this, but we do have the remedy of separating the sexes in asylums or other places and in various ways preventing intermarriage and the possibilities of perpetuating such a low and degenerate race. Remedies of this sort have been tried successfully in Europe and are now meeting with some success in this country. (cited in Clark, p. 50)

H.G. Wells gave consummate expression to this way of thinking:

It has become apparent that whole masses of the human population are as a whole inferior in their claim upon the future to other masses, that they cannot be given opportunities or trusted with power as the superior peoples are trusted, that their characteristic weaknesses are contagious and detrimental in the civilizing fabric, and their range of incapacity tempts and demoralises the strong. To give them equality is to sink to their level, to protect and cherish them is to be swamped in their fecundity. … There is reason to believe that vaccination has preserved thousands, who from a weak constitution would formerly have succumbed to smallpox. Thus the weak members of civilized societies propagate their kind. No one who has attended to the breeding of domestic animals will doubt that this must be highly injurious to the race of man. It is surprising how soon a want of care, or care wrongly directed, leads to the degeneration of a domestic race; but excepting in the case of man himself, hardly anyone is so ignorant as to allow his worst animals to breed. (cited in Clark, pp. 95–96)

How often do we hear people say they oppose racism, when in fact they support organizations like Planned Parenthood that trace their origins directly to Wellsian eugenicism, and when they continue to target the poor, needy, vulnerable, and underprivileged, getting rich off of their woes, and preventing “their kind” from reproducing? It is one of the most disgusting examples of hypocrisy and cynicism to be met with in human history.

The theory of human rights is based precisely on the affirmation that the human person, unlike animals and things, cannot be subjected to domination by others. We must also mention the mentality which tends to equate personal dignity with the capacity for verbal and explicit, or at least perceptible, communication. It is clear that on the basis of these presuppositions there is no place in the world for anyone who, like the unborn or the dying, is a weak element in the social structure, or for anyone who appears completely at the mercy of others and radically dependent on them, and can only communicate through the silent language of a profound sharing of affection. In this case it is force which becomes the criterion for choice and action in interpersonal relations and in social life. But this is the exact opposite of what a State ruled by law, as a community in which the “reasons of force” are replaced by the “force of reason,” historically intended to affirm. (Evangelium Vitae, §19, cited in Clark, 100–1).

Clark reasonably objects to the word “cannot” in the first sentence, the use of which is factually untrue; probably the intention was to say “may not be subjected to domination by others,” as in: no one has the right to do this. Those who choose to subject human persons to domination lose their own dignity and plummet into a sickly caricature of humanity. Force is not and can never be the “criterion for choice and action in interpersonal relations,” as it was for H.G. Wells and Margaret Sanger, and as it remains for Planned Parenthood, Andrew Cuomo, and many others who, day by day, undermine the “force of reason” by “reasons of force.”