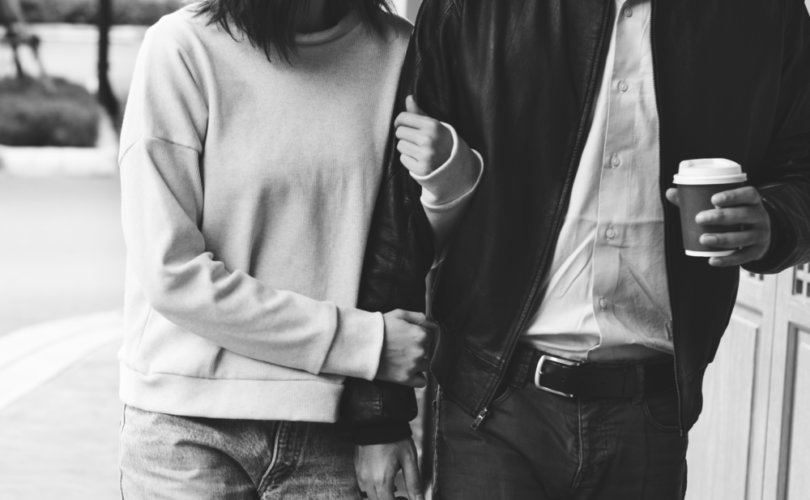 September 9, 2020 (LifeSiteNews) – Back in 2014, a study conducted by the online dating website ChristianMingle.com revealed that 63% of single Christians between the age of 18 to 59 indicated that they would be willing to have sex before marriage. One commentator noted that these numbers prove something that many have been observing for some time: The rise of so-called “sexual atheism,” in which people profess belief in Christianity but ignore its teachings on sexuality and marriage.

That trend appears to be continuing. In a survey recently conducted by Pew Research Center, over 50% of respondents identifying as Christian indicated that they believe extramarital sex is “always” or “sometimes” permissible. A full 62% of Roman Catholics surveyed stated that casual sex is “sometimes” or “always” acceptable, and 54% of mainline Protestants concurred. Those numbers are significantly lower than the percentage of “unaffiliated” people surveyed who believe casual sex to be permissible—84%—but still indicative of an enormous disconnect amongst those claiming to hold to Christian teaching.

Of course, much of this can probably be attributed to the fact that many people use these categories as cultural identifiers rather than a description of their actual beliefs. I was over twenty before I met a Catholic who attended church regularly, and many—if not most–mainstream Protestant churches are as enthusiastic about celebrating Pride Month as Big Business. Most of these churches have tried so desperately to stay culturally relevant that they have begun to empty out entirely—if you’re not offering anything solid or distinctive, why should anyone get up early Sunday morning just to listen to a bad knock-off of secular music?

In fact, commentators such as Ross Douthat have pointed out that the rise of the so-called “nones”—those who identify with no religious tradition—in recent years can be largely attributed not to a decline in religiosity but to the collapse of cultural Christianity. As Christianity becomes an increasingly despised worldview in the culture at large, people have less and less of a motivation to identify as Christians. Many of these mainline Protestants and Catholics professing sexual atheism are probably the next generation of “nones” but simply haven’t fully dropped their cultural identification yet.

It is significant that the religious group with the strictest view on sexuality—evangelical Protestants—are still predominantly conservative. Thirty-two percent of evangelicals surveyed stated that they believe extramarital sex is acceptable. That number is obviously very high, but nowhere near as high as with self-identified Catholics, mainline Protestants, or the unaffiliated. I’d be interested to know what these statistics would look like once religious practice such as regular church attendance was factored in. I suspect that many of those who stated their belief that casual sex is acceptable would be the of the “Christmas and Easter” variety.

Interestingly, some encouraging data was also revealed recently, with the Center for Disease Control’s 2019 Youth Risk Behavior Survey indicating that less than 40% of American high schoolers have had sex, a drop of more than 15% since the early 1990s. According to the Institute for Family Studies, the YRBS provided some good news: “Closer examination reveals that most teens are having less sex and delaying sex longer, and that sexually-active teens have fewer lifetime sexual partners. That confirms other data indicating that American teenagers are far more risk averse than their parents, challenging the popular media representation of an increasingly sexualized adolescent life.”

That statistical drop is not an indicator of better sexual behavior—digital pornography has ravaged this generation, contributed to the destruction of morality in Christian communities, and spawned the mainstreaming of all sorts of sexual practices amongst the young that would not be captured in a survey specifically asking about intercourse. But still, less sexual activity among young people is still an overall positive, especially as it means fewer abortions. The data that matters the most, in my view, is the consistent evidence that those who wait until marriage to have sex are the happiest. We all used to know this. It’s time we remembered it.