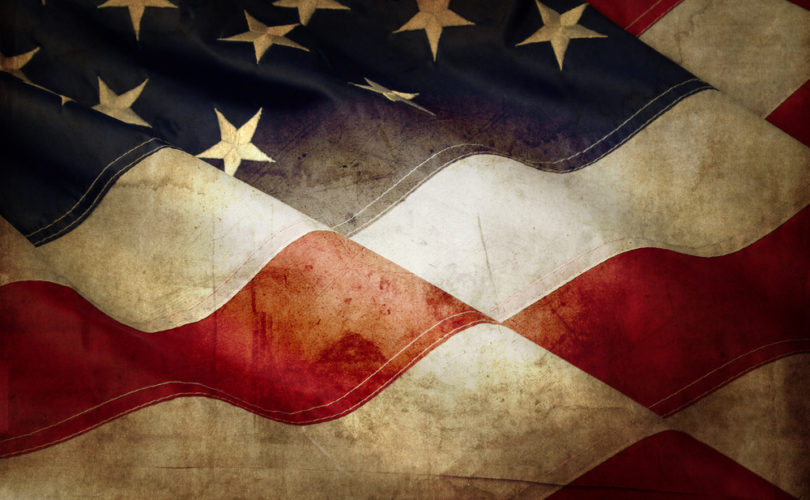 On July 9th, 1868, a monumental shift happened in the legal landscape. Slavery had just been abolished by the 13th Amendment as an institution three years prior, and now black people were finally being recognized as humans and citizens by the law. Of course, no one needs a law to affirm anyone’s humanity, but I’m glad as a person with mocha brown skin that legislation caught up with common sense.

But sadly, the 14th Amendment has been a victim of deteriorating common sense in this country allowing nearly everything to become legal under this race-based Reconstruction Amendment.

Due process. Equal protection under the law. These two phrases have become both a battering ram for judicial activists to obliterate our actual Constitutional freedoms and a magic wand to conjure up “rights” out of thin air. Federal judges are quite adept at this abuse. The Supreme Court, at least the majority of it, has mastered the art of Constitutional mutilation.

This very ruling tramples individual dignity and autonomy, forcing every American (who logically believes that marriage is a biologically complementary institution) to accept, promote, and participate in this magical new right. The Supreme Court has now declared that “Sexual Freedom” trumps the First Amendment. The framers of the Constitution must have understood that those silly rights enumerated first, in this unique historical document, would eventually have to submit and be dominated by Sexual Liberties.

And all of this was made possible by simply manipulating the 14th Amendment. Funny thing how long it hid this “right” to same-sex “marriage” all these years. It just took the poetic justice of liberal Supreme Court justices to find it buried beneath years of “bigotry” and “hate”.

Of course, it’s about the children even

though LGBT attorneys demanded that marriage is not about children. Justice Kennedy wrote about “hundreds of thousands of children” being currently raised by same-sex couples as well as making the following statistic-free statement about adoption and foster care: “…many adopted and foster children have same-sex parents.” Less than 4% of adopted and foster children are cared for by same-sex couples, but sure, let’s make it “many”. In fact, less than .2% of all 61 million U.S. marriages are same-sex couples, but they need their “due process” and “equal protection” even if it means shredding the law to get there. Well, bigamists, polygamists, and any polyamorous or polysexual relationship will need their “individual dignity and autonomy” too.

Unlike the reason for the passage of the 14th Amendment (which was based upon the inarguable immutable characteristic of skin color), Kennedy’s false assertion of the “immutable characteristic” of homosexuality was akin to Justice Harry Blackmun’s remarks in Roe v. Wade. “We need not resolve the difficult question of when life begins. When those trained in the respective disciplines of medicine, philosophy, and theology are unable to arrive at any consensus, the judiciary, at this point in the development of man’s knowledge, is not in a position to speculate as to the answer.” Blackmun lied, pretending that biological sciences had not already clearly determined this fact over a hundred years prior. No embryologist had any doubt. Science knew, without question, that life begins at conception. Even the former president of Planned Parenthood and the Guttmacher Institute’s namesake, Alan F. Guttmacher, declared in his 1933 book Life In The Making: “This all seems so simple and evident that it is difficult to picture a time when it wasn’t part of the common knowledge.” But Supreme Court Justices, content with not only taking on the powers of the legislative branch of government, also regard themselves as scientific authorities.

The 14th Amendment is not a panacea. It was appropriately invoked in Loving v. Virginia because the matter at hand was a racist anti-miscegenation law banning interracial marriage—an issue based on race. I’m interracially married, so I’m grateful that the Supreme Court ruled based upon the law. It never should have taken nearly 100 years for America to get that right (pun intended).

But I have deep concerns for our Supreme Court justices who think they’re fooling the American public. They’ve flaunted their disdain for their constitutional limits. Interpret people. Don’t improvise. Surprisingly Chief Justice John Roberts got it right in Obergefell v. Hodges, but just a ruling prior sided with the liberal court in rewriting Obamacare in King v. Burwell. Luckily, Roberts and the others who ruled in favor of this unconstitutional wreck of a 20,000+ page law (including regulations) don’t have to worry about having their heads checked by Obamacare doctors. The Supreme Court and its staff don’t have to enroll in Obamacare. They are exempt. Equal protection under the law is such a convenient weapon. They’re not subject to the same (oppressive) rules that average folks like us are. That would be so…what’s the word…constitutional.

But these elitists judges (and the clerks writing for them) can randomly choose to wield “due process” and “equal protection” when they want to force inequality upon the American public.