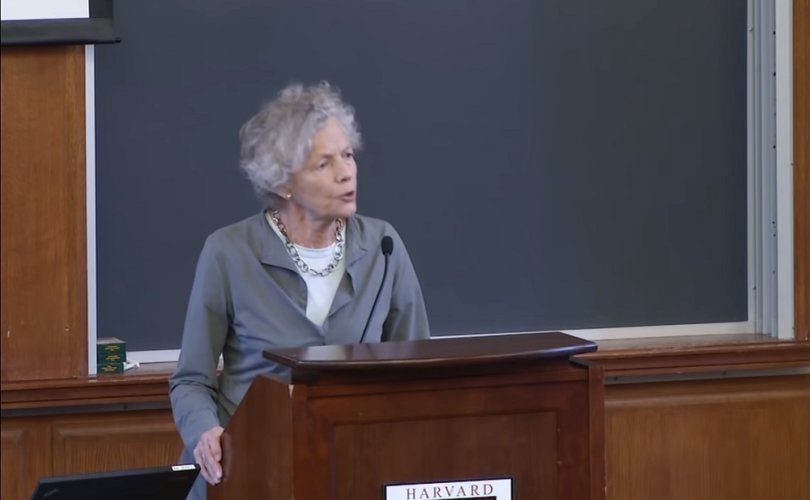 May 22, 2020 (LifeSiteNews) — Last month, the homeschooling community erupted in outrage with the release of an article in Harvard Magazine titled “The Risks of Homeschooling,” which detailed the views of Harvard’s own Elizabeth Bartholet.

A Wasserstein public interest professor of law and faculty director of Harvard Law School’s Child Advocacy Program, Bartholet has been advocating a limited ban on homeschooling, which she claims violates a child’s right to a “meaningful education,” and notes her particular concern with conservative Christian parents who may be “extreme religious ideologues.”

Apparently unaware of the fact that conservative Christians consider her a dangerous and extreme ideologue (and one advocating for children to be forcibly separated from their parents for a portion of each day to ensure that other people’s children are exposed to her views), Bartholet is doubling down on her proposed ban. In an interview with the Harvard Gazette, she explains why she believes that homeschooling is so dangerous.

Bartholet is honest about whom she is targeting here. When asked what was fueling the fast-growing phenomenon in homeschooling in the United States, she got right to the point:

Bartholet then noted that most other countries regulate homeschooling much more strictly, ensuring that parents are “qualified to teach” and that they often “mandate that the homeschooling curriculum … includes teaching about the fundamental values of our society.” If those values happen to run contrary to the religious beliefs of the parents — and indeed, might be the entire reason for homeschooling in the first place — all the more reason for the state to step in.

In fact, despite evidence that homeschooled children often do better than their publicly educated peers, Bartholet explains that many homeschooling parents may be vicious racists and “extreme ideologues, committed to raising their children within their belief systems “isolated from any societal influence.” By societal influence, she means the influence of people who think as she does. The sexual revolutionaries conquered the public school system, and she is upset that some parents have responded to that fact by opting out and raising their children themselves without government interference.

In fact, if these children are not taken out of their parents’ homes and educated by the state, Bartholet told the Gazette, “society may not have the chance to teach them values important to the larger community, such as tolerance of other people’s views.” Again, Bartholet is being up front here: she opposes any education that doesn’t involve the sort of indoctrination she approves of. The parents she accuses of being ideologues are not demanding that the children of others be taught their belief system, but the woman who claims not to be an ideologue is happy to demand, with a straight face, that her views be taught to the children of others — because the parents might be dangerous. The reason they are dangerous is because they prefer the Bible to herself.

It takes a uniquely dangerous form of arrogance to peddle this stuff in public.

Bartholet claims to be doing all of this in order to protect children from being abused, as if a ban on homeschooling were the way to address that. She says that in the wake of her article, people have been expressing their support, and she is hoping “some of us can work together to develop a meaningful action agenda with the goal of better protecting our children’s rights to education and to protection against maltreatment.” And by “our children,” she means, specifically, your children.

Fortunately, the COVID-19 pandemic and impromptu homeschooling that has occurred as a result have actually created a surge of support for alternative schooling arrangements. Forty percent of American families have said they are “more likely” to homeschool post-pandemic, and 64% indicated that they support school choice. Dangerous ideologues such as Elizabeth Bartholet never stop scheming about how to ram their values down the throats of other people’s children, and the homeschooling community will need broad public support to ensure she never gets the chance.