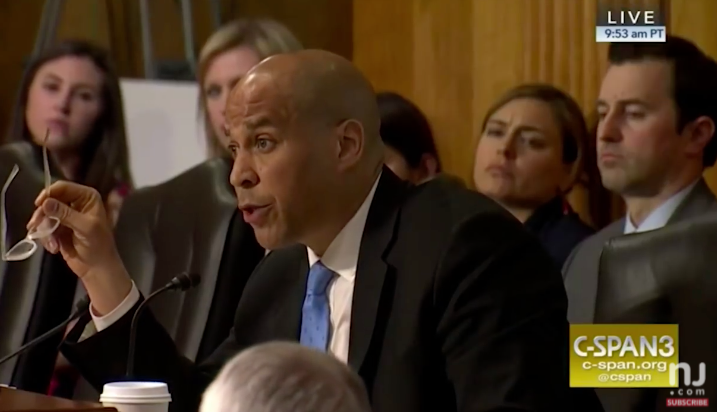 April 13, 2018 (LifeSiteNews) – Right across the Western world, the elites are creating a new litmus test for holding political office: Support for same-sex “marriage.”

The latest example of the new McCarthyism of the sexual revolutionaries came in the confirmation hearings for secretary of state, where Democrat Senator Cory Booker repeatedly asked CIA Director Mike Pompeo to articulate his views on homosexuality. Pompeo opposed the 2015 U.S. Supreme Court ruling legalizing gay marriage in all fifty states, and Booker asked him if he believed it was “appropriate” for gay couples to get married.

Pompeo responded by restating his position and then informing Booker: “Senator, I continue to hold that view.”

On Twitter, numerous commentators were quick to point out that this was a rather bizarre line of questioning for the position of Secretary of State—especially because it was crystal clear that Booker saw any opposition to his particular perspective on the definition of marriage disqualified someone to hold higher office.

Ben Shapiro mockingly imagined future questions that could be leveled at supporters of traditional marriage: “To verify your tolerance, I now ask that you publicly watch ‘Brokeback Mountain’ without making a face and that you cry at the end, sir!”

Here in Canada, multiple journalists asked Progressive Conservative leadership candidate Tanya Granic Allen what her position on gay “marriage” is, with the implication being that insufficient enthusiasm would expose Allen and her supporters as bigots.

In the UK, the leader of the Liberal Democrat Party Tim Farron had to resign after incessant questions about his position on homosexuality. Farron finally released a televised statement saying that “The consequences of the focus on my [Christian] faith is that I have found myself torn between living as a faithful Christian and serving as a political leader.” This was after Farron initially assured everyone that he had no problem with same-sex relationships—apparently even his private views were potentially disqualifying.

We will be seeing a lot more of this in the years to come.

It is no longer enough to respectfully and lovingly disagree—the progressives demand that you approve of their entire sexual agenda, and that disagreeing renders you a fundamentally hateful person who deserves only the disdain and rejection of society at large. That is why politicians who decline to attend Pride parades are the subject of endless hostile questioning by the media and progressive politicians, who insist that deciding not to show up at an obscene display of public nudity and other such antics is actually evidence of a hateful disposition.

Progressives no longer want the state to get out of the bedrooms of the nation—they want politicians to show up and applaud wildly or face the consequences.

Booker also grilled Pompeo on his views on Islam barely minutes after he highlighted Pompeo’s opposition to same-sex “marriage.” Neither Democrat seemed to realize that Muslims also oppose same-sex marriage—although you can be sure a Muslim nominee would not face that same line of questioning.

It is essential that Christians equip themselves to articulately and compassionately defend our worldview as progressives increasingly attempt to make the fundamental tenets of the Christian faith a disqualifier for public office. They are launching this new McCarthyism in order to ensure that Christians will either buckle under pressure and defect to their side of the fence, or get purged from politics altogether, thus leaving them to continue implementing their radical agenda unopposed.

There are many, many people in our society who have not yet climbed on board with the sexual agenda of the progressives—and now is the time for those people to stand up and be counted.